54 percent of Dutch voters want a Brexit-style referendum, with 48 wanting to leave the EU and 45 favouring remain, a recent poll reveals 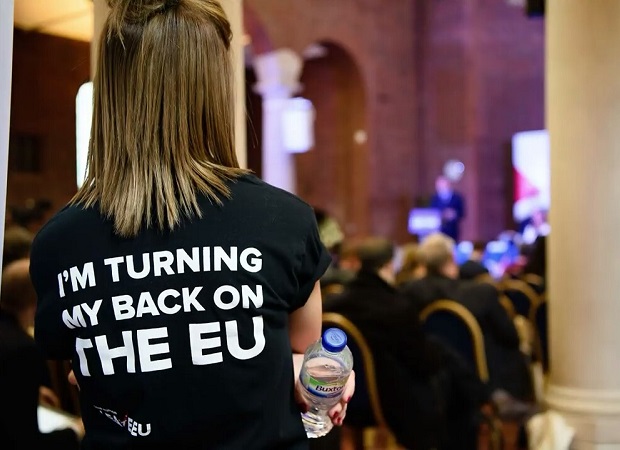 The result of the last week’s UK referendum has come as a boost to popular movements across Europe. Arguably the Europe’s most articulate proponent of the anti-EU movement, Netherland’s Geert Wilders has called for a Dutch referendum on EU membership following the British vote. Wilders, leader and founder of Dutch Party for Freedom (PVV), said in written statement that “the United Kingdom is leading the way to the future and liberation. The time is now for a new start, trusting in its own strength and sovereignty. Also in the Netherlands.”

Wilders believes that Brexit is merely the beginning of the end for the EU. “The Netherlands will be next,” he told the media after the result of the UK referendum was announced. “We want to regain control over our country, our own money, our own borders, our own immigration policy.”

Just two days before the British referendum, a poll conducted by a Dutch television channel showed that 54 percent of Dutch voters were in favour of holding a referendum over the country’s membership in the EU. Around 48 percent of those asked would vote to leave the EU, with 45 percent wishing to remain.

Wilders tabled a resolution in the Dutch parliament asking for an in-out referendum on the EU — where PVV serves as the third largest party. On Tuesday, the parliament rejected his motion. Later in the day, Wilders issued a statement on social media saying, “My proposal for a NExit referendum was rejected today. Dutch get a 2nd chance on March 15, 2017, the day of our next general elections.”

The motion for a ‘Nexit’ vote was quickly shut down after opposition leader Geert Wilders, of the Party for Freedom (PVV), put it forward.

Mr Wilders, said: “I say this to everyone: the Dutch deserve a referendum as well.

“The Dutch should also be able to rule in favour or against the departure of the Netherlands from the European Union and the restoration of our national sovereignty and independence.” (…)

[Wilders] added: “My proposal for a Nexit referendum was rejected. “But the Dutch get a second chance on March 15, 2017, the day of our next general elections.”

After Geert Wilders produced a documentary film in 2008 titled ‘Fitna’ dealing with the issues of terrorism and radical Islam, an Islamic religious edict or ‘Fatwa was issued in Wilders’ name calling for his beheading. Due to subsequent death threats, he and his wife have been living under 24 hours police protection, at times spending nights in Dutch detention cells. Leading opponent of radical Islam in Europe, Al Qaeda placed Gilders on its hit list seven years ago.

Dutch Prime Minister Mark Rutte and his ruling Centre-Left VVD party have renewed their commitment to remain in the EU. The Netherlands is one of the founding member of the union, joining the parts of European common market as early as in 1952. In 2005, the voters in the Netherlands rejected the EU constitution in a nationwide referendum. Despite high turnout and more than 60 percent of Dutch voting against adopting the EU constitution, the government ratified the Lisbon Treaty three years later, that serves as the basis for a common EU constitution.

Wilder-led PVV’s key election promise of putting an end to uncontrolled mass immigration mainly from Arab and Muslim countries is also directly connected to the country’s EU membership. The EU has been the primary driver of mass immigration into Europe as it restricts member states from imposing even the most basic border controls. Economically weak East European countries resisting migrant influx have been threatened by Brussels with a fine of €250,000 for each refugee they refuse entry. Wilders now wants to make ‘Nexit’ a part of his next year’s election campaign. As Wilders puts it, the British vote to leave the EU seems to have triggered a “patriotic spring” across the Eurozone.

[Author is an analyst reporting from Netherlands]

Anti-native (authoritarian, etc.) policies are unpopular. Obama, Merkel, Clinton et al will need to find a new place to hide the victims of opportunistic regime changes and progressive wars. Perhaps they can hire Planned Parenthood to aid with population control and cannibalizing/recycling the unwanted and inconvenient evidence.

I hope you are right about Clinton.

I can’t wait till the entire EU finally collapse and those once great nations regain sovereignty.

Brexit probably won’t happen. 52%, while a win, is not enough to enter mandate territory (which begins IMO at 65%), and provides enough cover to the UK’s global elites to drag their feet. Here the people want Result Leave, but it has to be done (beginning with that Article 50 process, followed by the changing of certain UK laws) by the people who wanted Result Remain. At every turn they’ll be throwing sand and monkey wrenches into the gears.

But what Brexit has done is to give confidence to others, to open pathways to other countries where Result Leave has a much better chance of actually succeeding. And once we have one success, others will follow.

The One-Worlders – the CFR here in the US, Chatham House/RIIA in the UK, Club of Rome, et alia – will continue their relentless pursuit of bringing the world to heel. It’s too lucrative for them to do otherwise.

Their building blocks are already in place. The UN, the EU, the African Union, NAFTA (which is to be expanded into the North American Union, then the FTAA (Free Trade Area of the Americas)), the Trans-Pacific Partnership.

All of these unions have one purpose – to establish world government, first through these regional governmental arrangments, and second through the elimination of the sovereignty of each country. This method follows Richard Gardner’s 1974 blueprint from his CFR article, “The Hard Road to World Order.”

Gardner had endorsed an “end run around national sovereignty, eroding it piece by piece…” This “functional approach to world order”, Gardner explained, would involve “inventing or adapting institutions of limited jurisdiction and selected membership to deal with specific problems on a case-by-case basis…”

Interesting that the two European countries with the longest history of democracy are the two the want out first. The Dutch revolted against Spain and the English threw out Charles the 1st.

“We want to regain control over our country, our own money, our own borders, our own immigration policy.”

That’s called “Independence.” US history reveals a similar endeavor back in the late 1700’s when England felt it was their right to tell fed up Americans what to do and how much money to send. Now with the Islamic plan to take over the world, the right to dictate immigration rules has made independence more important than ever. The EU elites have brought this revolt upon themselves.

The elites will do as much as they can to push Muslims into potentially exiting countries (think poison pill) before exit is final (if ever). Even if Britain and the Netherlands do exit their elites are too wedded to civilizational suicide to change their immigration policies. Arguably the damage is too far widespread to fix even if they stopped importing Muslims, demographics and increasingly aggressive Muslims will conquer their countries for Islam.

Liberal logic (I know….) rejoices in cultural differences and multiculturalism but wants a European monoculture?

We love diversity as long as everyone is the same.