And no Jewish refugees? 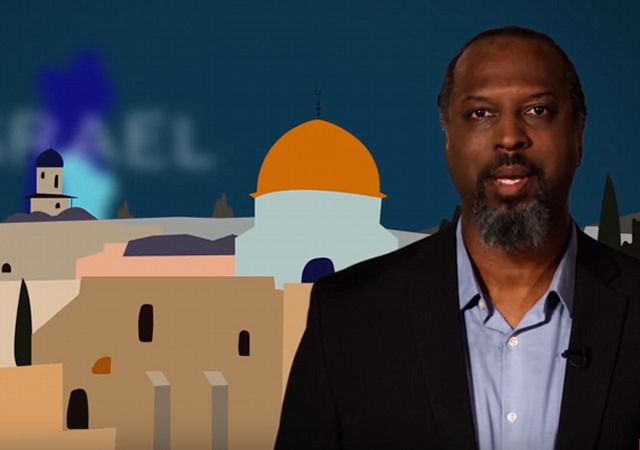 The newest offering from Prager University asks an interesting question. Why are there still Palestinian refugees and no Jewish refugees?

Dumisani Washington of Christians United for Israel hosts the video and points out a number of facts which are frequently ignored by critics of Israel.

Israel’s population is extremely diverse. People of all colors, faiths and national backgrounds make up the population of the country and more than half of the people living there are from Arab countries.

After Israel gained its independence in 1948, and was attacked by Arab countries, over 800,000 Jews fled Arab countries. Most went to Israel and the rest fled to western nations like the United States. They did not remain refugees for very long, however.

Jewish refugees received no financial support from the United Nations then and Israel gets none now, yet there are no Jewish refugees.

Here’s the official video description from the Prager University website:

Why Are There Still Palestinian Refugees?

It’s been seven decades since the 1948 Arab-Israeli, and yet there are still an estimated 4 million Palestinian refugees…and zero Jewish refugees. With so many nearby Arab allies of the Palestinians, how did this happen? What does it say about Israel? What does it say about its Arab neighbors? Dumisani Washington, Diversity Outreach Coordinator for Christians United for Israel, explains.

Tis simple to answer. They don’t want to get rid of them because they are convenient pawns being used to destabilize and destroy Israel.

In other words, the mantra continues to be “kill the Jews” using whatever means at hand.

Easy – you can’t fuel hate without a “victim” to use.

Another great presentation that taught me things I did not know.

I’ll have to donate to the Prager University.

“Despite involvement from the United Nations and funding from…”

What’s the name of that fallacy?

The “despite falling crime, more people are in jail” one.

If the U.N. had played no role, there would be no refugee camps. And Palestinian arabs would just be ordinary minorities in Jordan and Egypt and elsewhere.

Many of the so called Palestinians were originally from Syria and Egypt and migrated to the area when Jewish groups started cultivating the desert and draining the malaria ridden swamps.
The following links are interesting for what they disclose:
Why Palestinians Still Live in Refugee Camps
http://www.camera.org/index.asp?x_context=7&x_issue=52&x_article=960

On 25 May 1953 in testimony before the Subcommittee on Near East and Africa of the Senate Foreign Relations Committee the Reverend Karl Baehr, Executive Secretary of the American Christian Palestine Committee stated:

Arab leaders don’t give a damn whether the refugees live or die.

As long as it is easier to be a Palestinian refugee tomorrow than it is to move on and become a productive member of whatever society you’re in, they will continue to do it. Gaza is an intentional failed state. There are too many people and too much money invested in their continued failure.