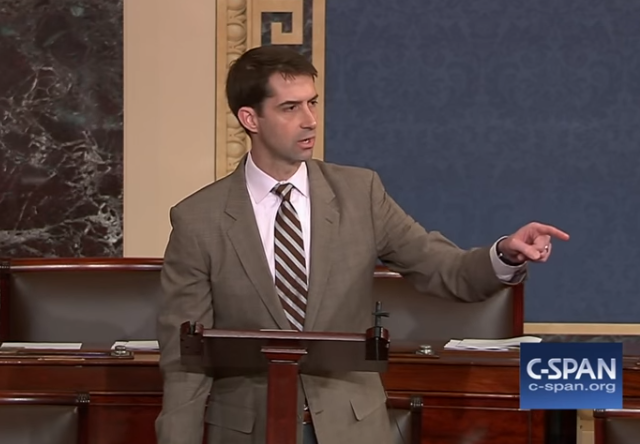 Will there be any person less missed than Harry Reid?

As much as anyone else, he is responsible for the poisonous politics in D.C., and he has caused generational damage to the country.

Tom Cotton gave him a proper send off in this, Reid’s last term in the Senate.

More from our Harry Reid archives.

Throwing the troops under the bus:

Comparing opposition to Obamacare to support for slavery:

Was this the same Harry Reid that was endorsed by the NRA?

Yep. As a “true champion of the Second Amendment”, as I recall.

Ouch. That was a righteous thrashing of a truly horrible human, American, and politician. He’s a scumbag, a liar, and corrupt, and his spawn are no better

Mr. Reid was endorsed by the NRA many years ago. Reid has morphed into a serious nutcase — personally, I suspect he has a form of dementia. But, who knows? He is, for sure, a seriously evil human being.

I thought the D next in D-NV name stood for dementia.

“Will there be any person less missed than Harry Reid?”

Nancy Pelosi. By Democrats, too. Those two have ruined their party.

I believe “Dingy” Harry Reid has done far more damage to this country.

What that scum deserves went way beyond the verbal many years ago. I would laugh if somebody bashed his other eye out.

This election year voters can choose which cancerous leadership to die from.

Democracies end when they are too democratic.
And right now, America is a breeding ground for tyranny.
-Andrew McCarthy

Barack INSANE OBAMA, Hillary Clinton, Harry Reid, Nancy Pelosi are the EVIL antiAMERICAN poster children for what is wrong with our country…!! EVIL…!!! ALL OF THEM….!!!

The shame of it was that Cotton’s speech was all a huge understatement.

Shouldn’t a proper send off involve tar and feathers?

Dingy Harry deserves a rope and a tree.

Webinar was thinking the same thing, but, as optional accessories, tar and feathers might add a nice touch.