The Legal Insurrection Family is Growing!

The Legal Insurrection Family is Growing!

The Mini Insurrection is coming 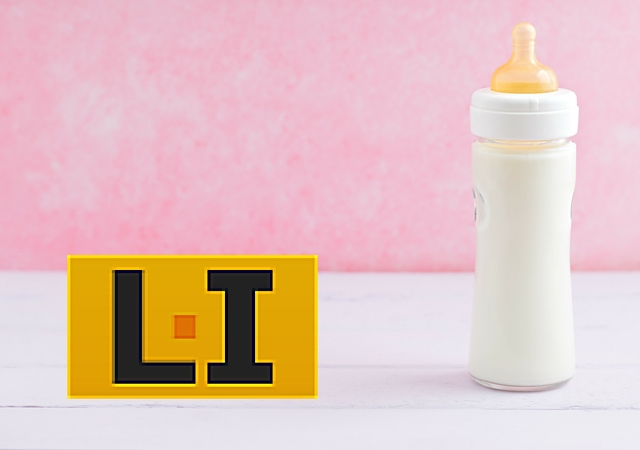 My husband Jeff and I are thrilled to announce that our family will have a new addition this fall.

Sometime around October 4th our family will have another baby girl. Just in time for the election! 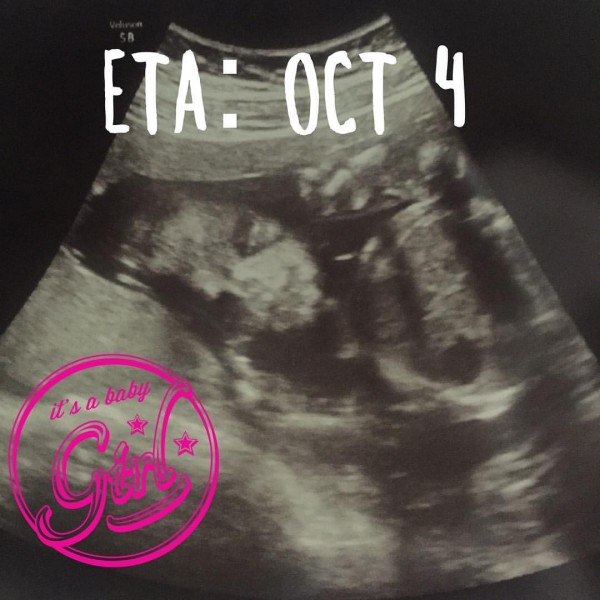 We’re so excited and incredibly blessed. Also a little nervous, but mostly excited. Especially to be able to have a glass a wine again. But more excited to meet the newest Mini Insurrection, of course.

1. This is the first Legal Insurrection baby. It brings a ray of light to the darkness. My wife and I are so happy for Kemberlee, who will be a great mom.

2. “NAME KEMBERLEE’S BABY CONTEST” – we will do this at some point. But like many of the Republican primaries, the result will not be binding (but hopefully highly persuasive)

I would ask how you know your baby is a girl, but I think I could get in serious trouble for pushing a gender on the child from many on the left.

Because, as we all know because of LI’s various posting on the subject of late, the elites think gender is a choice, not what we know it to be which is a biological condition that is irreversible.

Name context? How does Donald sound?

Probably not ideal for a little girl 😉

Two things:
1) Grats!
2) I take it that latin legal terms are not valid naming suggestions? 🙂

Thank you and we’re open to suggestions, latin or otherwise.

How about Tempus Fugit? Because they grow up so fast!

That certainly has some kind of ring to it. 😉

Thanks so much, Professor. And yes. The baby naming contest will happen.

Didn’t Andrew and the missus just have a bambina? Of course, we didn’t even get a photo of a bottle (baba) from him, so maybe she doesn’t count?

It is a pleasant thing to reflect upon, and furnishes a complete answer to those who contend for the gradual degeneration of the human species, that every baby born into the world is a finer one than the last.

My favorite poem for prospective parents of baby girls:

Song To Be Sung by the Father of Infant Female Children

My heart leaps up when I behold
A rainbow in the sky;
Contrariwise, my blood runs cold
When little boys go by.
For little boys as little boys,
No special hate I carry,
But now and then they grow to men,
And when they do, they marry.
No matter how they tarry,
Eventually they marry.
And, swine among the pearls,
They marry little girls.

Oh, somewhere, somewhere, an infant plays,
With parents who feed and clothe him.
Their lips are sticky with pride and praise,
But I have begun to loathe him.
Yes, I loathe with loathing shameless
This child who to me is nameless.
This bachelor child in his carriage
Gives never a thought to marriage,
But a person can hardly say knife
Before he will hunt him a wife.

I never see an infant (male),
A-sleeping in the sun,
Without I turn a trifle pale
And think is he the one?
Oh, first he’ll want to crop his curls,
And then he’ll want a pony,
And then he’ll think of pretty girls,
And holy matrimony.
A cat without a mouse
Is he without a spouse.

Oh, somewhere he bubbles bubbles of milk,
And quietly sucks his thumbs.
His cheeks are roses painted on silk,
And his teeth are tucked in his gums.
But alas the teeth will begin to grow,
And the bubbles will cease to bubble;
Given a score of years or so,
The roses will turn to stubble.
He’ll sell a bond, or he’ll write a book,
And his eyes will get that acquisitive look,
And raging and ravenous for the kill,
He’ll boldly ask for the hand of Jill.
This infant whose middle
Is diapered still
Will want to marry My daughter Jill.

Oh sweet be his slumber and moist his middle!
My dreams, I fear, are infanticiddle.
A fig for embryo Lohengrins!
I’ll open all his safety pins,
I’ll pepper his powder, and salt his bottle,
And give him readings from Aristotle.
Sand for his spinach I’ll gladly bring,
And Tabasco sauce for his teething ring.
And an elegant, elegant, alligator
To play with him in his perambulator.
Then perhaps he’ll struggle through fire and water
To marry somebody else’s daughter.

Wonderful poem! I just read it to the father of my daughters. He loved it. He gave away our eldest daughter this year, and cried.

This is one of my favs! Thank you so much for sharing!

Sincerest congratulations to all three of you Kemberlee! I raised four girls, every one a delight. I wish you, Jeff, and the baby every blessing, happiness, and success.

When my mother announced her pregnancies to the women of the family, she was often met with commiseration. There were only four of us kids, but we never were well-off people.

My great-granddad, however, would always write her and say, “God is pouring out his richest blessings on you!”

In animal breeding, there is a term; “most admired ancestor”.

I always thought that had application in family cultures, as well.

Congratulations..parenthood is a forever blessing.

family is precious, politics not so much. Congrats Kemberlee!

Completely agree, and thank you!

A culture of life. Congratulations!

Congratulations Kemberlee. What wonderful news. A bright ray of sunshine in a grim world. May the world she grows up in be better than it is now.

Thank you so much. We’re certainly doing all we can to ensure it will be.

Congrats! I’m happy for you and your husband.

Congratulations! Our offspring are the best things we leave with our too-short lives

So true. And thank you!

What wonderful news! If we’re gonna do poetry, here’s your goal for her:

IF you can keep your head when all about you
Are losing theirs and blaming it on you,
If you can trust yourself when all men doubt you,
But make allowance for their doubting too;
If you can wait and not be tired by waiting,
Or being lied about, don’t deal in lies,
Or being hated, don’t give way to hating,
And yet don’t look too good, nor talk too wise:

If you can dream – and not make dreams your master;
If you can think – and not make thoughts your aim;
If you can meet with Triumph and Disaster
And treat those two impostors just the same;
If you can bear to hear the truth you’ve spoken
Twisted by knaves to make a trap for fools,
Or watch the things you gave your life to, broken,
And stoop and build ’em up with worn-out tools:

If you can make one heap of all your winnings
And risk it on one turn of pitch-and-toss,
And lose, and start again at your beginnings
And never breathe a word about your loss;
If you can force your heart and nerve and sinew
To serve your turn long after they are gone,
And so hold on when there is nothing in you
Except the Will which says to them: ‘Hold on!’

If you can talk with crowds and keep your virtue,
‘ Or walk with Kings – nor lose the common touch,
if neither foes nor loving friends can hurt you,
If all men count with you, but none too much;
If you can fill the unforgiving minute
With sixty seconds’ worth of distance run,
Yours is the Earth and everything that’s in it,
And – which is more – you’ll be a Man, my son!

Yeah, it’s written for boys, but every line of it still applies to girls. I re-read it about the time I turned 30, and saw that I had done every one of those things. So, raise her up to be strong, and capable, and solid. I had good parents, and the best things they did for us were love one another, present a united front, and give us reasonable rules.

I wish you all joy and happiness!

You don’t have to wait for that glass of wine. The government-promoted view that pregnant women, or even women who might become pregnant, should completely abstain from alcohol, is completely without foundation. There is absolutely no evidence that moderate drinking in pregnancy has any negative effect on the baby, and no reason to suspect that it should.

Not little evidence; none. The number of published studies showing a negative effect in the children of women who drank moderately is zero. Some anti-alcohol activist just made it up one day, and it became the PC orthodoxy.

God’s blessing on your family and on little l-i.

You had better put the Doritos bag away!

You had better put that Doritos bag away!

LOL. How could I have missed that? And yes. No Dorritos bags for several more months, in which case we might end up needing one!

Wonderful news!!
And she will have soooo many grandparent aunts and uncles.
We are excited you are sharing this with all of us

Soon many grandparents, aunts, and uncles. We are so grateful. And thank you. 🙂

Yea, some good news.
May you all be blessed with health and happiness.

Thank you. You are very kind!

We are so humbled and grateful for the warm, well-wishes. Mini Insurrection has already been a blessing to so many, we are abundantly thankful for the privilege of being her parents. It’s because of the genuine kinship of the Legal Insurrection team and readers that our turbulent political landscape is a bearable place to daily navigate. A sincere “thank you” to each and every one of you. We appreciate you more than we can adequately express.

A Class Act taking the time to respond to everyone individually, KK. That little girl’s going to have a first rate Mom.