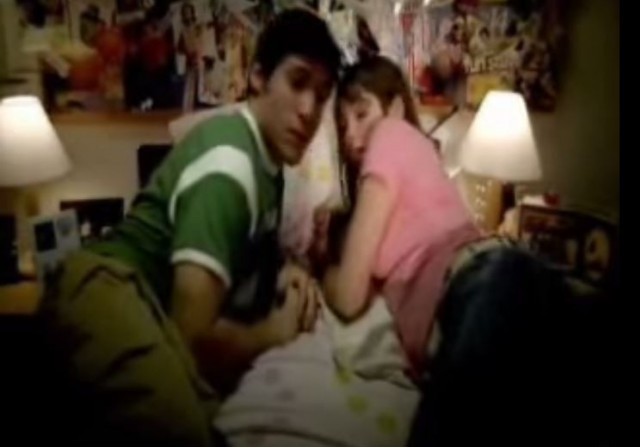 We recently reported that some law professors of the American Law Institute wanted to expand the concept of sexual consent in a way which would make it easier to define people as criminals.

The proposals were outrageous and would have put people at risk of being legally guilty of rape even if their partners consented. Proponents of the changes were largely left wing professors who undoubtedly agree with the progressive concept of rape culture.

The good news is that the institute rejected the proposal.

Bradford Richardson of the Washington Times:

In a rebuke to a feminist idea that has migrated from college campuses to mainstream culture, an influential legal group overwhelmingly rejected Tuesday a provision that would have endorsed an “affirmative consent” standard for the purpose of defining sexual assault.

In a voice vote at the American Law Institute’s 93rd annual meeting at the Ritz-Carlton, Washington, D.C., the vast majority of an estimated 500-member crowd declined to amend the Model Penal Code to define sexual consent on an affirmative basis.

The MPC is a leading guide for state legislatures to follow when standardizing their penal codes. One of the items up for debate at the annual meeting was how to define “consent” in the context of sexual assault.

Standards of affirmative consent, which generally require parties to affirmatively and continually vocalize their willingness to participate in a sexual encounter, have mostly germinated on college campuses, as well as in a few states in some contexts, including California and New York.

The ALI’s consideration of such a standard has been met with much internal and external criticism.

A group of 120 members wrote a public letter denouncing the proposal, arguing affirmative consent improperly shifts the burden of proof onto the accused when charges of sexual assault are levied. By forcing the accused to prove the near-impossible — that a sexual encounter was vocally agreed upon at each stage — affirmative consent standards deny the accused due process rights, the letter said.

“I think it’s a very encouraging indication that the broad membership of the American Law Institute, which is a pretty elite group, has repudiated a radical expansion of sex-crime law that was sought by a powerful faction of people whom I regard as ideologues,” Mr. Taylor said.

He said the ALI’s acceptance of the provision wouldn’t have made affirmative consent “the law anywhere,” but added that it would have been a “step toward it being the law in a lot of places.”

He said affirmative consent is simply an unrealistic standard for governing sex.

It almost seems like people who believe rape culture is real are trying to use the law to create more rapists in order to advance their agenda. Not to mention ruining intimacy for millions of innocent people.

“If one party at one point in a sexual encounter is sort of passive, is sort of quiet, then that’s rape,” he said of the standard. “It makes it very easy for prosecutors to coerce plea bargains, or angry former sex partners to put someone in prison. They hardly even have to lie.”

Spearheaded by New York University Law Professor Stephen J. Schulhofer — an influential ALI “Reporter” who sat on a panel at the head of the Ritz-Carlton ballroom during deliberations — the affirmative consent amendment has been through several revisions since an initial draft was introduced in April 2015. Mr. Schulhofer could not be reached for comment.

E. Everett Bartlett, president of the Center for Prosecutor Integrity, who attended the meeting, said the idea of affirmative consent as a way to cut down sexual assault is alluring, but ultimately misguided.

“Affirmative consent sounds wonderful in theory; in reality, it’s a nightmare because it’s impractical, and there’s no way for an accused person to prove his innocence,” Mr. Bartlett said. “The overwhelming vote of the ALI membership to strike affirmative consent from the Model Penal Code was the right thing to do.”

Ashe Schow of the Washington Examiner has also been following this story and offers more analysis:

The American public was spared — for now — the possibility of being labeled rapists overnight thanks to a new definition of what is and isn’t consent.

The American Law Institute was expected to vote Tuesday during its annual meeting on adopting a draft model penal code that would radically alter the way sex crimes are handled. But due to rigorous dissent and discussion by members, the vote didn’t happen. Instead, members voted on amending the current tentative draft’s definition of consent.

Two-and-a-half hours were allotted to discuss the amendment, introduced by Washington, D.C.-based attorney Margaret Love, as well as another amendment and, some were led to believe, the draft itself. But two hours and 20 minutes in, only the Love amendment had been discussed.

The amendment set to remove “affirmative consent” language from the draft proposal. The writers of the draft had already attempted to conceal the standard by renaming it “communicated willingness,” but ALI members weren’t fooled.

“A mess,” one attorney called the entire draft, even as he supported the Love amendment. “A mess,” is how I — an outsider — would have categorized the day’s event.

Member after member stood up to express their support or opposition to the Love amendment. Most supporting the amendment noted how it moved the draft, thankfully, away from the affirmative consent standard. A female attorney from New Haven, Connecticut warned the audience that “criminal law should not be at the vanguard of social change.”

That last quote is the key to understanding this entire issue. This was nothing more than an attempt on the behalf of progressives to use the law for social engineering.

This is a relief, and an indication that there are still shreds of sanity among the legal elite.

If this proposal had been passed and put into the law, the only proper response would be drones, spy cameras and peeping-Toms in the lives of every law professor, university administrator and diversity officer who advocated this. As Mr. Alinsky once said, make them live up to their own standards.

So, Planned Sexual Relationships is out. Whatever will men and women do?

So they said no to the Yes-Yes-Yes! law.

I old enough to remember when liberals demanded that repressive government busy bodies stay out of other people’s bedrooms.

Do you think guidance counselors and parents are reviewing and making decisions on the fact when they send off their young adult son to any college in NYS or Calif. that they incorporate the cost of keeping a lawyer on retention in order to protect his rights and from prosecution from the very same system they are paying to educate him?

They say we should see asking every 5 seconds as a way to get to know each other better. What if we already know each other and want to express ourselves our own way and not be forced to speak a certain way? Rapists know they are raping and will lie that they got permission. False accusers will lie that a guy did not. The only victims will be everyone else, in addition to having our most private acts trampled on.

What can I as a college student do to get my school to change its policy? I’m so upset about it that I’ve decided to abstain from dating. I don’t see any pleasure in having to express my sexuality the way the school says I should. Why can’t they leave this as a discussion topic and let us decide on our own as adults?