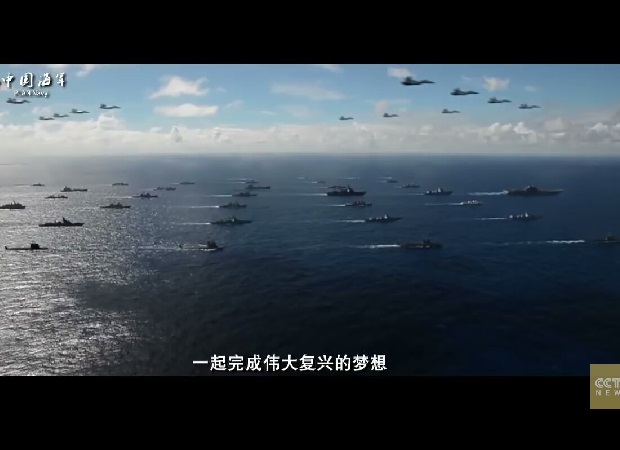 China will play a greater geostrategic role in the Middle East and Africa thanks to the construction of the new transnational corridor. The 2,500 km-long network of highways, railways, pipelines and ports will connect the Western Chinese city of Kashgar with Pakistan’s deep-sea port of Gwadar. China-Pakistan Economic Corridor (CPEC), as the project is officially called, comes at an initial cost of $46 billion within the next 10-15 years. The corridor reduces China’s dependence on its main Malacca route. Presently 85 percent of the China’s oil imports pass through the single chokepoint of the Strait of Malacca, located between Indonesia and Malaysia.

With Pakistan’s ports Gwadar and Karachi under control, Beijing would have direct access to resources and markets in Middle East and Africa. China already operates several ports in Africa, including its first overseas naval and military base near Djibouti, on the Horn of Africa.

Furnished with the brand new trapping of an imperial power, China is now set to project its military and geopolitical might at the world stage. New York-based think-tank Council on Foreign Relations writes:

[China-Pakistan Economic Corridor] is intended to promote connectivity across Pakistan with a network of highways, railways, and pipelines accompanied by energy, industrial, and other infrastructure development projects to address critical energy shortages needed to boost Pakistan’s economic growth. Eventually, the CPEC will also facilitate trade along an overland route that connects China to the Indian Ocean, linking the Chinese city of Kashgar to the Pakistani port of Gwadar.

Pakistan and China formalized plans for the CPEC in April 2015, when they signed fifty-one agreements and memoranda of understanding on Chinese investments, totaling $46 billion over the next ten to fifteen years. Some projects are already underway, including highways and energy projects where completion is expected by the end of 2016.

CPEC developments are part of a grander Chinese agenda of regional economic connectivity: the One Belt, One Road (OBOR) initiative outlined in March 2015 by China’s National Development and Reform Committee (NDRC). The highly ambitious plan calls for new state-directed investments in roads, railways, pipelines, ports, and information networks to deepen economic integration and connectivity across Asia and into Africa and Europe.

Chinese military planners have often viewed the oil supply route of Malacca Strait as a vulnerability. The strategic bottleneck can easily be blockaded by a hostile naval power in times of war. However, a 2,500 km supply corridor running across Pakistan exposes China comes with its own set of vulnerabilities. Islamist Taliban and tribal Baloch separatists have already taken aim at the 2,500 km-long Chinese corridor, with actions including suicide bombings, killing construction workers and kidnapping Chinese personnel. Furthermore, they have threatened to expand the campaign against Chinese interests in Pakistan.

The corridor comes with an initial investment of little under $50 billion. It is fair to assume that the project and upkeep costs will exceed the initial amount, making it a substantial investment even for a strong economy such as China. To secure its investment, China will have ensure political stability in Pakistan. An unfriendly government or even a civil unrest in the Islamic Republic of Pakistan would be a matter of China’s national security.

Would China end up being the fourth super power of the modern ear to engage militarily in the Hindukush — like British Empire, Soviet Union and United State before it? Only time will tell.

Pakistan’s promise of a dedicated 10,000-strong security force for CPEC installations may offer some reassurance, but insecurity in Khyber Pakhtunkhwa and Balochistan is acute and widespread. Islamabad shows no sign of devising, let alone implementing, a comprehensive counterterrorism strategy. Moreover, Pakistan will struggle to invest in CPEC, especially if it maintains its stance on not financing CPEC with public debt, which already stands at 61.2% of GDP. Financing shortfall on the Pakistani side will widen the gap between promised and realised Chinese investment.

China has been quick to fill the geopolitical vacuum created by President Obama’s policy of reducing America’s global footprint. With Iran and Russia already gaining ground in the Middle East, China has now formally entered the region’s power play. The confluence of these despotic powers in the Middle East will inevitably have adversely affect Israel’s national security.

China’s rapid military build-up in South China Sea, Indian Ocean and Africa is a source of great concern for U.S. allies including Israel, India, Japan and Far East Asian countries. China has long standing territorial claims on almost all its neighbours. With its growing military and economic strength, Beijing has renewed those claims in recent years.

Obama White House has been too busy fighting Climate Change, Islamophobia and common sense restroom rules; and can’t bother to stand up to Chinese Communist aggression. Because that would be “so 20th century.”

Let them have it (aka choke on it).

The Chinese is already running tremendous deficits. The best guess is that they owe Twice as much as the USA. And, their economic engine is in deep trouble.

The Chinese have the ability to produce 2.2 gigatons of cement every year. The USA has only used 5.5 gigatons in the last century! And, every year they can produce enough steel the entire planet uses in 1.4 years!

So, the Chinese are building railroads and Islands in the South Pacific. That is just a way to dump their excesses.

I pipeline is pretty easy to “close”.

Trade is what keeps China going and if they start to become belligerent to their neighbors, then all freedom loving countries should adjust their trade with China accordingly. No threat of war or hostilities like we are doing in the South China Sea. But actual threats of trade retaliation if they continue their hostile building of military bases there. It may not work though because of the cowardly liberals that occupy Europe!

Easy access to Pakistan? Not sure that is such a good idea – doesn’t China already have a bit of a problem with their rogue mulims?