The West’s biggest ally in the Middle East finally has an office at NATO. 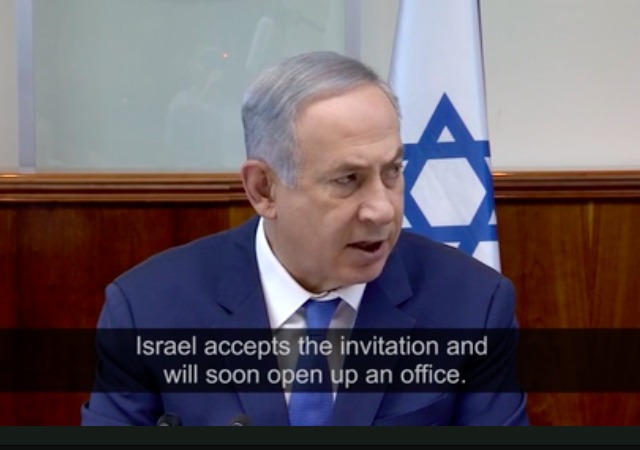 NATO has accepted Israel’s request to establish an office at the headquarters in Brussels, Belgium.

The decision went through because Turkey decided to stop opposing Israel’s attempts at opening an office at NATO. A non-NATO country needs unanimous consent from all NATO members in order to collaborate with the organization.

“This is a goal that we have worked on for many years,” said Prime Minister Benjamin Netanyahu. “The countries of the world are looking to cooperate with us due to—inter alia—our determined fight against terrorism, our technological know-how and our intelligence services.”

“This isn’t only about Israel. It is about providing the same right to all southern partners,” explained Turkish Foreign Minister Mevlüt Çavuşoğlu.

Israel has maintained a relationship with NATO since it began in 1994. NATO also “signed a security agreement with” Israel in 2001 and granted them a membership on the NATO parliamentary assembly. Israel has also participated in military exercises with NATO.

However, Turkey imposed sanctions on Israel after the Mavi Marmoara Flotilla in May 2010 attempted to “breach Israel’s blockade of the Gaza Strip,” which killed nine Turkish citizens. One sanction included any Israeli activity with NATO.

“Israel recently made an attempt to open an office at NATO [headquarters] in Brussels,” said then-Foreign Minister Ahmet Davutoğlu. “We said we would veto this attempt and the issue was not even put on the agenda,” he said at the time, when tension between Jerusalem and Ankara was at its fever pitch because of the Mavi Marmara incident that took place the previous year.”

Turkish President Recep Tayyip Erdogan has an anti-Semitic history. In 2014, the American Jewish Congress asked then-Prime Minister Erdogan to return his 2004 Profile of Courage Award and described him as “the most virulent anti-Israel leader in the world.” They gave him the award in 2004 for his work in securing peace in the Middle East and protecting Turkish Jews. Erdogan happily returned the award to the organization. He also accused Israel of genocide and criticized other Muslim countries for not doing enough to protect Palestine.

Maybe they should just move in to Turkey’s old office.