Art is the eye of the beholder 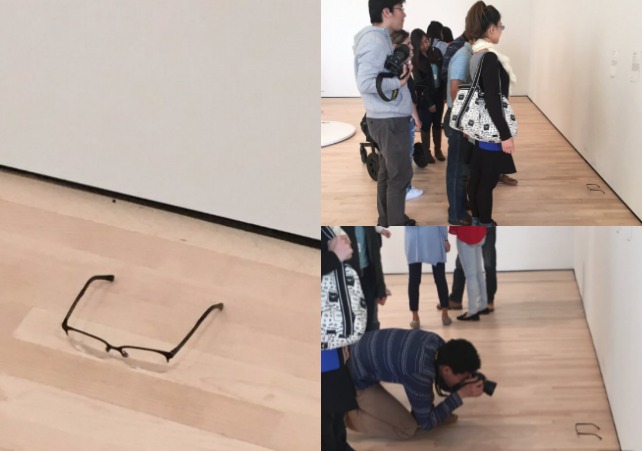 In case you’re one of the holdouts not yet convinced the Idiocracy is upon is, here’s a little story for you.

Seventeen-Year-Old TJ Khayatan placed a pair of glasses on the gallery floor of San Francisco’s Museum of Modern Art to test patron’s responses.

LMAO WE PUT GLASSES ON THE FLOOR AT AN ART GALLERY AND… pic.twitter.com/7TYoHPtjP8

According to The Independent:

Several visitors to the San Francisco Museum of Modern Art this week were fooled into thinking a pair of glasses set on the floor by a 17-year-old prankster was a postmodern masterpiece. “Upon first arrival we were quite impressed with the artwork and paintings presented in the huge facility,” TJ Khayatan told BuzzFeed. “However, some of the ‘art’ wasn’t very surprising to some of us.” “We stumbled upon a stuffed animal on a gray blanket and questioned if this was really impressive to some of the nearby people.” To test out the theory that people will stare at, and try and artistically interpret, anything if it’s in a gallery setting, Khayatan set a pair of glasses down and walked away. Soon, people began to surround them, maintaining a safe distance from the ‘artwork’ and several of them taking pictures.

Everything is art. Nothing is art. Art is everywhere. Perception is art. Emotion defines art. Beauty is everywhere, even in the small things. People are dumb. We’re so doomed. All of the above. The museum had a good sense of humor about the whole ordeal.

@TJCruda Do we have a Marcel Duchamp in our midst? https://t.co/07g2VAwAod

“Some may interpret it as a joke, some might find great spiritual meaning in it. At the end of the day, I see it as a pleasure for open-minded people and imaginative minds,” Khayatan said. 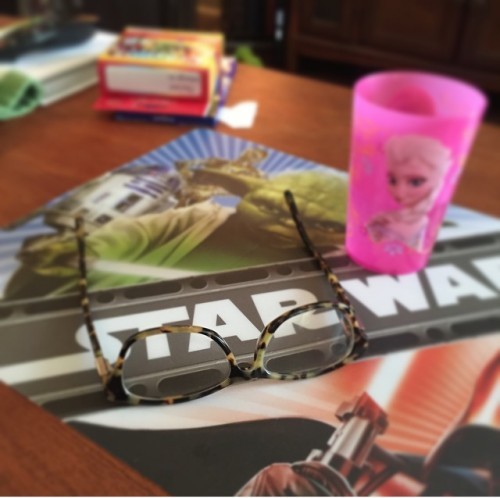 My voice teacher ratted out the entire artsy scene during my freshman year in college. She said “I trust the naive ear. If a person is not trained in music, and hears a boring piece of music, they’ll say its boring. Somebody who is trained will find something nice to say about it.”

After that, I saw an entire college erupt in controversy over a letter written by a person under the influence of pot, any number of “abstract” works produced in a matter of minutes by talented people under a deadline, and a urinal hanging from the ceiling (as a “real” art exhibit in a real museum). I have been told in the most presumptuous tones that it is the “artist” who decides what is “art.” Now I have the answer: “You can say what you will, I do not have to buy it.”

Absolutely, education is required to discern the artistic moves of topless dancers.

Say what you will but you will never convince me that a paranoid schizophrenic who spent decades drawing lines on a 6 ft canvas was creating “art” rather than attempting to silence the voices in her head. But hey, if you want to spend 5 million bucks on an Agnes Martin that looks like graph paper, knock yourself out.

“WE PUT GLASSES ON THE FLOOR AT AN ART GALLERY…”

That is suboptimal wordage for the art gallery milieu.

“”WE INSTALLED GLASSES ON THE FLOOR AT AN ART GALLERY…”

There. I fixed it for you.

That teen seems to have a 20/20 prescription for art.

But the important question to ask is, “Did the glasses self-identify as art?”

Old hat. Marcel Duchamp’s Fountain, an ordinary (though at least new and not yet “broken in”) urinal displayed on its side (rather than upright, ready for business), was first shown in 1917. In fact, the SF MOMA has one, a copy made in the 1960s.

I’ve always thought this sort of Dada was a clandestine business move, an ultimately successful attempt to divorce art from talent. (And to be fair, it’s true enough that talent alone doesn’t make art.) I’ve only heard one Eminent Lecturer circle warily around this concept—he pointed out the fairly evident fact that Cezanne simply couldn’t paint—but he apparently wasn’t sufficiently eminent to risk committing that comment to print.

Reminds me of Tom Wolfe’s great book “The Painted Word.”

If you haven’t read, it is hilarious in the way he skewers the modern art world.

It’s clear that we are surrounded. Should we surrender?

Why is Modern Art so bad?

There was an episode in season 1 of Last Man Standing where Mike mistook a piece of art for a wastebasket.

Of course, the piece of art was a wastebasket… and it was at a day care center.

A profound exhibit propounding the spectacles of a detached perspective.

When I was younger, Allen Ginsberg’s “Howl” was presented to me as a great work of poetry. I didn’t like poetry for a long time.

Probably better than much of the “art” on exhibit.

I miss the “Monkey Uses Feces To Draw Art” stories