Guess who is the biggest beneficiary from Prince’s death?

Guess who is the biggest beneficiary from Prince’s death? 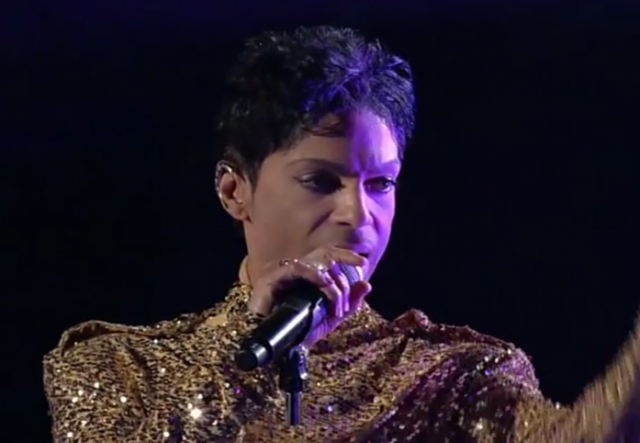 The untimely death of music icon Prince underscores the importance of never taking a day for granted.

The cause of his demise at the relatively young age of 57 is still the source of much speculation. Reports indicate that hip injuries sustained during his dynamic performances led to an addiction to pain killers, which he was preparing to address.

The 57-year-old “Purple Rain” singer knew he was hooked on Percocet before his death, possibly of an overdose, last week — so he entered an out-patient treatment program, the Minneapolis station KSTP 5 Eyewitness News reported.

The superstar attended the unnamed rehab center to move away from using medication prescribed for his severe hip pain, according to the station.He scored the opioid pills from multiple doctors, including “a personal friend,” TMZ reported.

The fiscal developments following his death also highlight the wisdom of finishing estate planning before it is actually needed.

Prince leaves behind an enormous body of unpublished work that is valued at over $100 million dollars and hundreds of millions more in other assets. Prince was not married, so he had no wife who would inherit his estate without tax consequences.

Therefore, the federal and state governments are poised to be the biggest beneficiaries of this creative, energetic, and gifted musician.

Both the federal government and Minnesota’s state government will assess so-called “death taxes” or estate taxes on Prince’s assets, taking away more than half his estate. Between his physical assets—cash, investments, home, etc.—and his future royalties, Prince’s estate has been estimated to be between $300 and $500 million.

…The combination of Minnesota’s top death tax rate of 16 percent, plus the federal government’s 40 percent rate, means that over 50 percent of Prince’s estate will go to the government.

Of course, the ingenuity of bureaucrats and politicians to get their hands on tax dollars exceeds the imagination of any artist of any era.

Another lesson to learn in this unfolding situation is to understand the varying state rules regarding “death taxes”. Federal estate taxes exempt as much as $5.45 million in, and that value is doubled for a married couple.

And while paying hefty federal tax bills closes too many family-run businesses when owners die, state estate taxes can kick in at only $1 million or less in several states. This may seem like an exceedingly high value, but when the home, retirement accounts, and proceeds from life-insurance payouts are tallied, the final tax bill could take a large chuck of the remaining wealth that most people would prefer to go to their designated heirs rather than the politically connected and their regulatory functionaries.

Sixteen states and the District of Columbia impose an estate tax, and seven states impose an inheritance tax, which can force certain heirs to give up a portion of their inheritance. Minnesota is in the top five list of the most grabby states when it comes to estate taxes (New Jersey, Oregon, Massachusetts, and Rhode Island round out the remaining entries).

Prince had a very complex set of political beliefs, which is not surprising to anyone who has followed his career. However, I suspect that if he knew he would be handing over half of his life’s work to the government, he would have made other arrangements.

Presently, there is no will and his many siblings are squabbling over various assets. Indeed, without a guiding legal document, dividing the legendary musicians earthly possessions is going to be challenging. CNN legal analyst Danny Cevallos offered this analysis:

“It’s one thing to divvy up dollars among six people, but how do you divide a guitar collection, or ‘Purple Rain,’ or an unfinished piece of music, among heirs? And what if they don’t agree on how to use or sell those things?”

For example: What if they can’t decide on whether Prince wanted his unreleased songs to be heard by the public? His former manager told The Guardian last year that Prince said he one day planned on burning everything in the aforementioned vault, which was rumored to have enough music to release one album every year for the rest of the century.

Hopefully, the family will find a way to make peace and good decisions as to how to go forward with the legacy of their very talented brother.

(Featured image from Youtube/The Beautiful Ones – Live on Lopez Tonight).

The gov should not be able to tax anything which has been taxed once already. There is no justification for a death tax. It is proof that the gov has no respect for fiscal responsibility or private property rights and can’t pass up any opportunity to confiscate wealth.

Another sad case of a celebrity with no estate plan.

There are many legal tools available to make sure the government’s take upon death is drastically reduced, BUT they all, or nearly all, require the person to take action during life.

For example, Prince could have simply left his estate to specified charities, or his own private foundation (e.g., the Gates foundation), and the government take would be zero or close to it. And there are many other, more complicated, arrangements that work as well.

I once attended a presentation where a top-flight estate planner demonstrated a plan how to arrange a $100 Million estate to produce a final tax bill of about $60,000, while family members and favored charities or educational institutions received millions for purposes the client favored.

Very famously, back when I was a teenager, Ted Degrazia, a well loved southwest artist, burned some paintings of his in protest because he pointed out that his children couldn’t afford to inherit them because of death taxes.

No will. If the Enquirer and others are right that he died of AIDS after a long bout of HIV, then not doing estate planning was grossly irresponsible.

Prince seemed like a pretty smart guy. It’s hard to fathom why he never would have consulted an estate attorney to establish a will and trusts to dispose of his assets with the least tax exposure possible. He certainly would have had ample opportunity, during his long career. I can only assume that others urged him to do so, but, that their counsel was rejected, for some strange reason.

Whether he wanted to leave his estate to his family, to charities, or a combination thereof, it seems unlikely that he would want state and federal governments to take a sizeable chunk of the fruits of his lifetime of artistic labors.

Reminds me of Howard Hughes