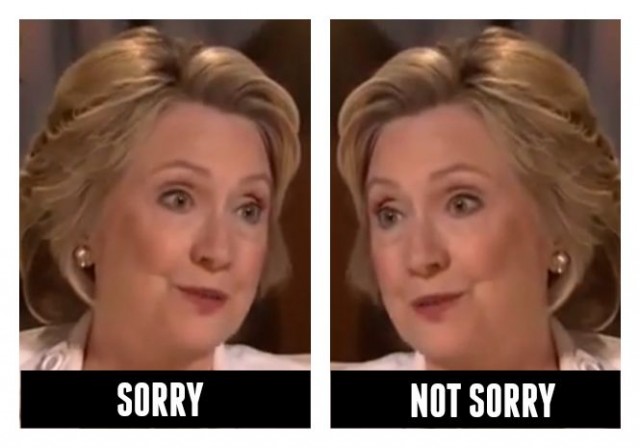 Here at LI, we’ve been covering the current Hillary Clinton email scandal, but it seems this is not the first time she has engaged in hiding sensitive high level email communications.  As First Lady, Hillary was embroiled in an email controversy that was known as “Project X.”

As first lady, Hillary was embroiled in another scheme to bury sensitive White House e-mails, known internally as “Project X.”

In 1999, as investigators looked into Whitewater, Travelgate, Filegate and other scandals involving the then-first lady, it was discovered that more than 1 million subpoenaed e-mails were mysteriously “lost” due to a “glitch” in a West Wing computer server.

Despite separate congressional investigations and a federal lawsuit over Project X, high-level e-mails dealing with several scandals were never turned over. And the full scope of Bill and Hillary Clintons’ culpability in the parade of scandals was never known.

The AIM Report has more details about Project X from 1998.

Paul Rodriguez, the managing editor of Insight magazine, had two major scoops in his column, “news alert!,” in the magazine’s December 28, 1998 issue. The first was his discovery that there are records of all telephone calls made from the White House dating back to 1993.

“It’s top secret and there’s going to be hell to pay if anyone finds out about it,” a White House insider tells news alert! “They’re real nervous about this getting out,” a consultant says of the e-mail project, partly because hundreds involve Monica Lewinsky.
So what is Project X and why is the White House sweating about it being revealed? Federal law enforcement and congressional investigators for months now — in some cases years — have sought to get their hands on White House e-mail traffic. Of course, the subpoenas have flown, but often to little satisfaction…

Project X grew out of a routine computer-repair job in the early summer, say White House insiders. There were problems with a server in the West Wing computer system, and engineers from a contractor discovered a blockage caused by about 100,000 e-mails, many of which may come under subpoenas issued by Capitol Hill panels and Independent Counsel Ken Starr. Now the White House is busily and secretly undertaking a complicated e-mail reconstruction effort, hoping to avoid raising the ire of any panel that discovers the existence of this hoard of electronic messages…

So why hasn’t the White House come clean and informed various panels and Starr of the discovery? Insiders say there’s a lively debate going on involving a fair amount of legal hair-splitting. Some folks in the West Wing believe that unless re-subpoenaed, the White House doesn’t have a duty to tell anyone about the irritating new batch of e-mails discovered. Others aren’t so sure.

White House spokesman Barry Toiv confirms to news alert! the discovery and secret review. But he claims the e-mails — those of Lewinsky and her pals, for example — appear to duplicate some already turned over to requesters like Starr.
[emphasis in original]

Apparently, the Clinton White House was so concerned about the discovery of these Project X emails that they purportedly threatened the contract workers who discovered the problem with loss of their jobs and even jail sentences.

Rodriguez was on to what has now become an important story, one that deserves much more attention than the mainstream media have given it. We now know that what Rodriguez was told about the technical aspects of the e-mail problem was not accurate, nor was the report that congressional investigators moved quickly to get control of the hundreds of thousands of “mislaid” e-mails.

But it was true that the White House panicked and tried desperately to keep Congress and the public from learning that there were many thousands of e-mails that had not been searched to see if they contained material that had been subpoenaed. They went so far as to threaten the contract workers who discovered the problem with loss of their jobs and jail sentences if they discussed it even with their bosses and spouses.

This came to light early this year as a result of former White House employees giving the information, under oath, to Judicial Watch, Larry Klayman’s surrogate mini-Justice Department. Paul Rodriguez had been unable to follow up on the story in 1999 because of health problems that incapacitated him for much of the year.

Nothing more was reported on it until Sheryl Hall, a career civil servant who had worked in the Clinton White House and knew a lot about its e-mail problem, contacted Larry Klayman. She disclosed the lengths to which the White House had gone to keep Congress and the public from learning that hundreds of thousands of e-mails sent to the Executive Office of the President had not been searched for subpoenaed material.

According to the NY Post report, the efforts to hide emails entailed far more than “mislaying” the emails . . . and less than a private server stashed in someone’s bathroom.

During the Project X e-mail scandal, career White House staffers and contractors found that someone close to the first lady had basically turned off the White House’s automated e-mail-archiving system. They fingered White House “special assistant” Laura Crabtree Callahan, who was overseeing the computer contractors despite obtaining computer-science degrees from diploma mills.

A 1998 contractor audit of the White House e-mail accounts affected by the “snafu” shows that much of the omitted e-mail was addressed to top Clinton officials — including then-deputy counsel Cheryl Mills and other aides close to Hillary. A federal judge “excoriated Mills” for failing to get to the bottom of the missing e-mails, Fitton pointed out.

Now Mills finds herself in the middle of another investigation into the whereabouts of thousands of e-mails germane to investigations involving Hillary Clinton that also have conveniently turned up missing. After following Clinton to State, where she served as her chief of staff and counsel, Mills joined Clinton in flouting federal records-management requirements by using personal e-mail accounts to conduct official government business. It was Mills who helped her old boss delete some 32,000 e-mails from the server Pagliano set up, claiming they were irrelevant to investigations.

Great job bringing this up. I had forgotten about the Ken Starr problems.

It worked before, so why not now?

Clinton has a habit of breaking and ignoring Federal laws!

No doubt about it…Hellary is the American Lady Macbeth. Very active, and very evil.

Not particularly bright, however. She’s always made up for that in ruthlessness and outlawry.

She’s always had the media on her side as well.

There was no duty to supplement discovery responses? I would be deeply surprised if that had not been part of a discovery request.

It’s part of the rules. You don’t have to ask for supplementation. The respondent has to provide it.

When are people going to take reports like this and couple them with the fact that Hillary hired Brian Pagliano as a political appointee into the IT department (a very rare use for the political appointment practice) to clearly and unequivocally show that all of Hillary’s actions were premeditated. Before Hillary took the Sec, State job she had the Clinton Foundation (or whatever name that is was called) up and running to collect graft money. The hiring of Pagliano was nothing more than preparing the way for her future abuse of the Sec. State position to further pad her fortune while keeping it all hidden away from FOIA or other prying eyes. This is also why Clinton dragged her heels at filling the Inspector General’s position at State such that there was no permanent Inspector General present at State during the entire tenure of Hillary Clinton (Obama shares some of the guilt in this as well).
>
If this does not clearly demonstrate guilt, premeditation, intent, and other aspects, then I don’t know what does.

As I noted in my post in the readers forum yesterday, Laura Crabtree Callahan was hired by obama.
I wonder, with her past association with hitlery and her shady degrees, how she would fare in an interview with the FBI?