Yet Another Worthless Study on Police Shootings

Yet Another Worthless Study on Police Shootings 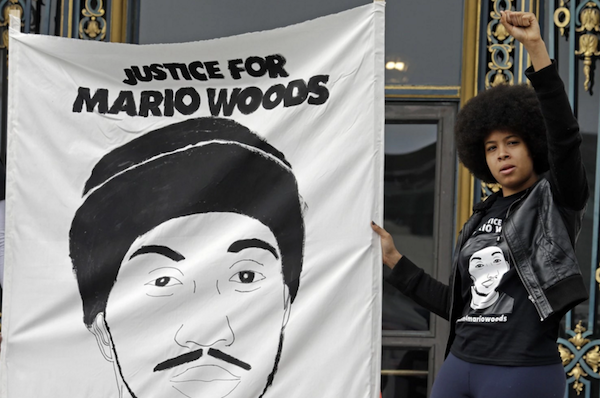 The Washington Post reports on a new study that suggests racial bias motivates police to fatally shoot black suspects at a disproportionally high rate.  That study, entitled “Fatal Shootings By US Police Officers in 2015: A Bird’s Eye View,” is published in the once well-respected scientific journal Nature.

The first alarm bells went off for me when I noted the source of the “data” used for this “study”:  journalists from the Washington Post itself, as well as the left-wing UK newspaper, The Guardian.  As we’ve seen in the past, “data” collected by journalists is rarely worth the paper it’s printed on, not surprising given their generally utter lack of expertise in the subject being covered.

We covered a recent example of such “journalism data” in a paper that claimed to address the implications of Florida’s “Stand-Your-Ground” law.  In fact, the study’s authors conceded that they did not address the actual “Stand-Your-Ground” statute at all, but merely a journalist’s mistaken understanding of that law.  You can see our coverage of that debacle of faux science here:

New “Scientific” Stand-Your-Ground Study Is Ignorant of the Law

I haven’t yet had the opportunity to read this newest study.  Fortunately, it’s so defective on its face that reading it is unnecessary to determine the time spent would be wasted.

What is this so obvious defect, you ask?  From the Washington Post’s own reporting:

Researchers said they conducted the study to better understand how to reduce the shootings by police of unarmed people. They said, however, that The Post data has limitations — it covers one year only and did not include information about non-fatal shootings by police. (emphasis added)

Insanely, the study excluded from consideration police shootings that did not result in the death of the suspect.

It should not need to be stated that there exists a factor utterly outside police conduct that is likely to strongly influence whether a police shooting ends up being fatal or not–the timeliness and quality of the medical care provided the shot suspect.

This study couldn’t possibly know, because they didn’t even bother to ask these most obvious questions.

It should also be noted that almost all police shootings of suspects involve the use of handguns, and that the vast majority of handgun shooting victims survive their injuries.  By excluding survivors of police shootings, then, these study authors have effectively excluded the vast majority of police uses of firearms on suspects.  This is reflected in the pathetically low number of cases from which this study draws its “conclusions.”

Interestingly, the Washington Post itself did not report on the absolute number of cases covered by the study.  Curious that.  Instead, these figures are found in online news report, ‘Threat and shooter bias’: Study shows US police fatally shoot unarmed black men in greater numbers:

According to the report, 38 of those killed were black men, 32 were white, and 18 were of Latino descent.

That’s right:  this purportedly “scientific” paper published in Nature is based upon fewer than 100 shootings by police of suspects.  To put this in context, there have been nearly 140 people shot and killed so far this year–in the City of Chicago alone.

Finally, another obvious flaw of this study is its choice of unarmed suspects, as if the suspect being unarmed indicates that the police use of deadly force was unjustified.  Putting the lie to this supposition is no more difficult than recalling the cases of Mike Brown and Trayvon Martin.  Both of these young black men launched vicious, if “unarmed,” attacks on their victims, both were shot and killed by their victims, and both victims were found to have acted lawfully after thorough investigation.

Oofah. What the Progressive left has done to science, bending it beyond the breaking point to advance their political ideology, is truly one of their greatest sins.

I have to give Nature credit at least for also publishing climate studies that anger the mob that self-identifies as “science peers” but is really more political.

But many of the political crowd will likely promote Nature for this BLM oriented piece, while condemning them for the climate pieces that do not conform ideologically.

The great statesman Benjamin Disraeli is credited with saying,”There are lies; there are damned lies; and then there are statistics”.

You can see this embodied here.

Media Bias, it never goes away…

Thankfully, the study data is provided. So I did some random spot checking. Apparently “unarmed” means “didn’t have a gun or knife”

For example, Alfredo Rials-Torres was shot after “he repeatedly swung a metal pole at officers, slashing one officer in the face”
http://www.nbcwashington.com/news/local/-Man-Shot-by-Police-in-Arlington-Hit-Officer-With-Metal-Pole-305920391.html

David Felix was shot while bashing in the head of an officer with a heavy police radio.

Also, one of the other “unarmed” deceased (Bennie Lee Tignor) apparently was armed with a handgun IN HIS HAND when he was shot.

And I wasn’t even checking the race of the deceased during my dozen checks. I have no opinion on whether there is any racial basis to the shootings. I am only confirming that the source data is questionable, so the results are questionable.

Total arrests, everything from homicide to drunk in public:
6,214,197 whites arrested
2,549,655 blacks arrested
That’s a ratio of 2.44 to 1 which is very close to the ratio of whites to blacks killed by police.

That’s strong evidence that whites are actually disproportionately killed by police. Oh, and about the “unarmed” nonsense…more people are murdered by “unarmed” offenders each year than with rifles and shotguns combined.

One of the more famous recent examples of an unarmed Black being killed by a cop was Big Mike Brown, in Ferguson, MO. As big as a Div I lineman (6’3″, almost 300 lbs), he punched the officer, then grabbed for the officer’s gun, and then shortly after that, when the officer left his vehicle, kept trying to charge (bull rush) the officer, before he was finally shot fatally. He was easily big enough to kill most people with his bare hands, and wouldn’t stop, despite being shot, until then.

Nonfatal gunshots by law enforcement are much closer:

It is worth noting that it is almost certainly the case that not all of those shot were suspects and it is very likely that some of those hit were bystanders or victims of the suspects being shot at.

Also interesting is this that I found on the CDD website:

It is also important to determine whether the police could tell the race of the person they were shooting at.

There was a recent fatal shooting in Roanoke, Virginia, where the victim’s skin was almost completely covered; he even had a bandana across his face. He was shot because he pointed what appeared to be a real gun at the police and did not obey orders to drop it. The gun turned out to be a broken BB pistol, but the police had no way of knowing that. He was, in fact, a harmless teenager, but this was not obvious.

“This study couldn’t possibly know, because they didn’t even both[er] to ask these most obvious questions.”

Any “journalist” or “researcher” knows to not ask questions that might interfere with the desired conclusion.

NATURE sold its soul to the left a while ago. I do not trust anything published there.

This is egregious. Nature is one of the top scientific journals in the world, and the standard of rigor applied to peer review is intended to be tough such that only the best science carries that name brand.

Heads should roll for this but instead they will simply swell.

How stupid can you be….half the crime committed by a small amount of the population and there’s only a slight increase in their legal shooting deaths? What a nothingburger.

After my spot checks found a few problems with the 95 shootings, I decided to dig through all of the data using google. Results are:

5 bystanders were shot – completely irrelevant to study since officers were not trying to shoot them
11 suspects killed while fighting with the officer for their gun. I consider that being armed, albeit poorly
11 suspects who were actually armed. Weapons included rock, broom handle, handgun (3 times), branch, chemical spray, radio, metal pole, stick, and vehicle.

I am now interested in reading the actual study. Because if it does not address these concerns, then I intend to ask Nature for a retraction since 27% of the source data is incorrect.

You have done work above and beyond what is expected. I thank you for your research. One only wishes that Nature had been a rigorous in their peer review. I guess google is blocked at Nature offices.

I would ask that when you do get the study if you can post a link here so that others may join you in your retraction requests.

“There are three kinds of lies: lies, damn lies, and statistics.”

“What the Progressive left has done to science, bending it beyond the breaking point to advance their political ideology, is truly one of their greatest sins.”

A major tenet of the left in this post -modern times is that reality is malleable and accessible in one’s own imagination and, hence, pure subjectivism.