Turns out she’s everything you expected 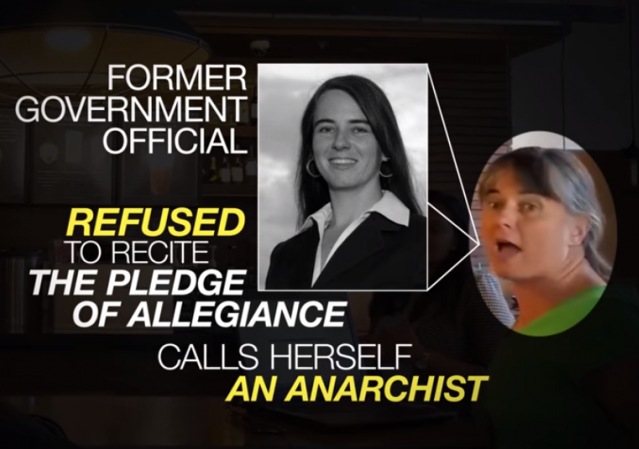 Some woman screamed at Florida Governor Rick Scott the other day, including calling him an a-hole, in a video that went viral.

The Gov just released his response:

After a viral video of a woman cursing him out in a coffee shop went viral this week, Florida Governor Rick Scott decided to unleash his own retaliatory clip on the world — and his very vocal critic.

The video, titled “Latte Liberal Gets an Earful,” begins with a brief replay of the verbal barrage Scott encountered.

And then calls her out as an unpatriotic, anarchistic monster.

“That woman clearly has a problem,” the video’s narration informs the viewer. “And it turns out that she’s a former government official who refused to recite the pledge of allegiance and calls herself an anarchist.”

The woman has been identified as Cara Jennings by Tampa Bay ABC affiliate WFTS.

She did the same thing to Rubio a few years ago.

The problem is that the corporate culture at Starbucks encourages this behavior.

When will people have sit-ins against Starbucks? Do what they do – take a small vulnerable one in the middle of nowhere (but accessible to TV cameras). We will get nowhere until we adapt their tactics – until we fight back.

Was Scott’s visit announced in advance? You know why I ask.

fight back twice as hard. Nicely done, and publicly.

“Who here has a great job?”

Refuse to say the Pledge of Allegiance is irrelevant, and they should have left that out of the ad. The “anarchist” government employee is funny though.

Ineffectual liberals upset at video clip showing ineffective liberal ranting at popular conservative, promise never to vote for governor they did not plan on voting for anyway.

Backbones are now starting to sprout up in the GOP when it comes to liberal asshats? How Trump.

No, Trump donates big bucks to prog asshats and then claims its ‘just business.’

Did Trump donate to any GOP campaigns? …or only Dem campaigns as you seem to suggest, Paul?

Yes, but Rick Scott always had a backbone, and is acting in defense of a cause. Not like Trump who attacks everyone who isn’t him. (Reminds me of Mao.)

Of course, the Orlando Sentinel calls his riposte an ‘attack ad:’

Mock them. Mercilessly. Until they wet themselves. Them mock them for wetting themselves.

And if they demand we fix their incontinence, tell them Obamacare won’t fix them because some trans-gendered patient needs the surgery more than they do.

Cara Jennings was elected to the Lake Worth City Council where she has earned a small pension with health care for life. In her role on the Council she managed to split the city and stymie many positive proposals but she did manage to to bring in La Raza and even offered to have the Guatemalan Government to come to town to “manage” remitances that the local Guatemalans chose not to avail. She is a rather confused Anarchist since she ran for office several times.

Yes, Professor, that was needless to say. Latte liberals are perpetually upset. It’s what they do.

And they’re easy to spot. They’re the ones with the crotch level wet spot…

They aren’t upset enough. When will we have sit-ins at Starbucks? BTW, are they unionized?

He did not call for her to be fired though he had a right and a reason. However no republican should ever patronize starbucks because they are providing financing to the democrat party.

Investigation has shown that the woman was actually Florida’s own Debbie Wasserman Scultz without her makeup on.