Will “Mobsters & Lobsters” take its place? 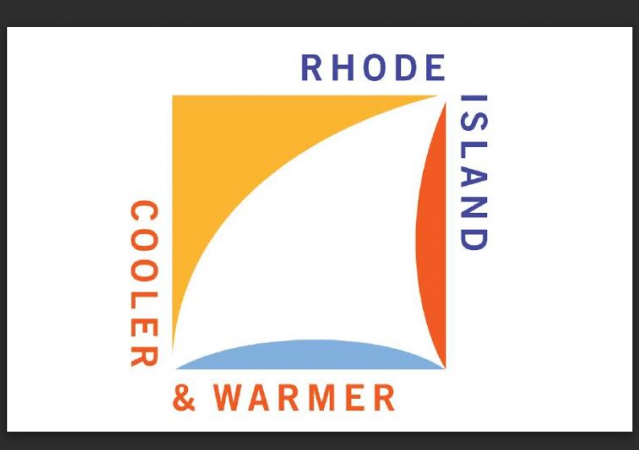 My formerly home State of Rhode Island and [do you remember the rest of the official state name?] recently mourned the loss of Robert Healey, founder and perennial candidate of the Cool Moose Party:

Robert J. Healey Jr. was a fixture at Rod’s Grille in Warren — so much so that words became unnecessary. With a nod of his head and a playful look to the kitchen staff, he’d have his breakfast ordered: french fries with a cup of black coffee.

Healey, who ran for governor four times and lieutenant governor three times, went largely unnoticed to other customers, hiding behind his long, curly hair and thick beard, said owner Ray Rodrigues. But that was him, “a low-key kind of guy.”

“He really looked like he rolled out of the ’60s,” said Rodrigues, who witnessed many a business breakfast over his shop’s epoxy table tops. “But he was sincerely one of the smartest guys I’ve ever met.”

He continued: “The smaller you are, the more he would want to help you.” 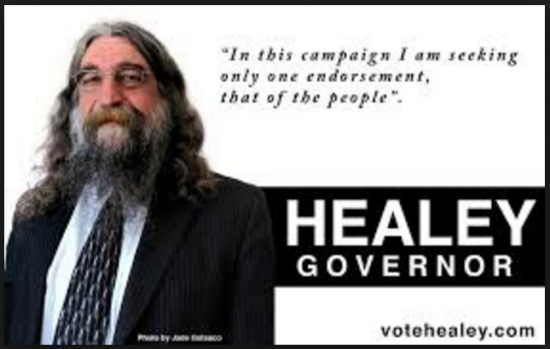 Healey’s platform when he ran for Lt. Governor was to eliminate the job if elected.

Healey was one of the quirky characters that made Rhode Island unique. As I said in my farewell message when we moved in 2013:

My home State of Rhode Island and Providence Plantations has provided much material for Legal Insurrection over the years, including the dispute as to the name itself.

Splitting the year between Ithaca and Rhode Island provided me with the distinction of having Patrick Kennedy and Maurice Hinchey as Congressmen for several years.

I’m reminded of the Seinfeld episode about the dentist who converted to Judaism for the jokes. Sometimes I felt that I lived in Rhode Island for the same reason.

The promotional video included a scene from Iceland.

It did not go over well. In a state used to humiliation, this was a humiliation too far.

#coolerandwarmer is dead. Glad that @GinaRaimondo listened to the people paying, this was probably on the horizon. pic.twitter.com/ozWdkv8XZj

After days of embarrassments, Gov. Gina Raimondo announced Friday evening that she has accepted the resignation of Rhode Island’s chief marketing officer and is getting rid of the state’s widely criticized new tourism slogan, “Cooler & Warmer.”

Raimondo also said taxpayers would get back more than $100,000 from two of the companies involved in the new tourism campaign’s launch, and said she plans to keep the new tourism logo while dropping the slogan that went with it.

“taxpayers would get back more than $100,000 from two of the companies involved in the new tourism campaign’s launch,”

Wait, what? A government project is terrible, and the government actually collects a refund of money spent on the lame idea?

Now, THAT’s gotta be a first.

BTW, my state had a terrible, no good, awful touristy slogan, too: “Say WA?”

How about a contest to see what states have the lamest and the best?

Throw in”Most ironic” which would be “Virginia is for lovers”. (See “Loving v Virginia”.)

We had ‘Ah-ah Kansas‘ for a while. It was a catchy little tune.

“Goodliest Soile Under The Cope Of Heaven.”

We have “New Mexico true”. It should have been: “New Mexico, yes we ARE part of the USA”.

Folks from Rhode Island are pretty unique. They have a tendency to be tough and a bit nuts. Those shirtless Patriots fans who are cheering in Gillette Stadium in sub-freezing temperatures? Yep … Rhode Islanders.

Having grown up in MA, they were always an interesting lot.

Okla paid millions for an Indian design on their license plates. It isn’t even one of the Plains Indians or Five Civilized Tribes. IT is a Mayan or South American Indian. Very Spanish looking. There was outcry and the OK gov did nothing. It is an embarrassment.

How about “Rhode Island Reds”?

Hey Dr J, I remember you questioned the Southern Poverty Law Center’s assertion that there are Klu Klux Klansmen in the great State of Rhode Island and Providence Plantations.

Well, the video footage used by the TV station provides some evidence the SPLC is right. At the 1:09 mark. What the heck?

Saw the same thing when I glanced though my casual viewing and said WTH there maybe a benign explanation or there may be another explanation as to why two people are dressed in the same fashion as members of the Democratic Party’s KKK terror organization at the front of a gondola.

Rhode Islander here – from Pawtucket, home of the Triple A Red Sox (at least last time I looked, Providence was trying to steal them away).

Not there any more, and glad of it.

BTW, I actually voted for Healey once. The other candidates were simply unsupportable – a true “protest” vote. (My father has always insisted that we should have “None of the above” on the ballot.)

I also used to work in Providence and met Buddy Cianci twice. Buddy died in January.

I legit thought this was a joke and that the punch line would be that Peter Griffin wrote the slogan (remember he lives in Rhode Island!!).