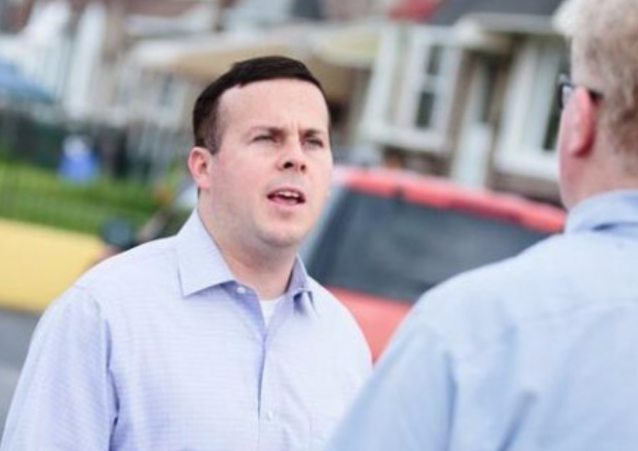 How do you know a politician’s ground game sucks? He has to pay people to play the part of “supporter.”

Pennsylvania State Rep. Kevin Boyle (D) is looking for supporters for a day. Stand at a Philadelphia polling location, wave a sign (probably, the email doesn’t enumerate specific duties), and you too could receive $120 plus free lunch and an invite to an open-bar at the end of the day. 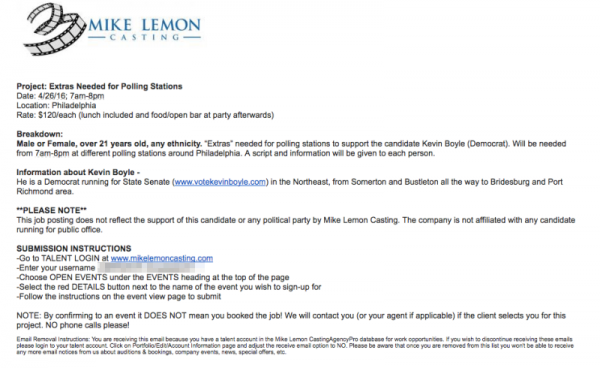 According to Gawker, the casting agency confirmed the email was legit, but Boyle’s campaign refused to comment.

Boyle isn’t the only politician to pay for the appearance of support. When he kicked off his presidential campaign, Donald Trump shelled out $50 to those willing to wear Trump swag and cheer for him.

The Legal Insurrection snot bubble machine has officially found the bottom of the barrel.
Gawd !

I wonder what a $120 lunch looks like. Does it come with fries?

Somebody’s putting his campaign on a professional basis. There’s no reason why the consultants, pollsters, and advertisers should get all the bucks.

It’s not a crime; it’s not even sleaze. It’s initiative.

Of course in the US we officially frown on anyone actually paying for votes, at least with cash. (Phones may be OK, depending on who you ask.)