Reminiscent of lead up to the 2014 Gaza war. 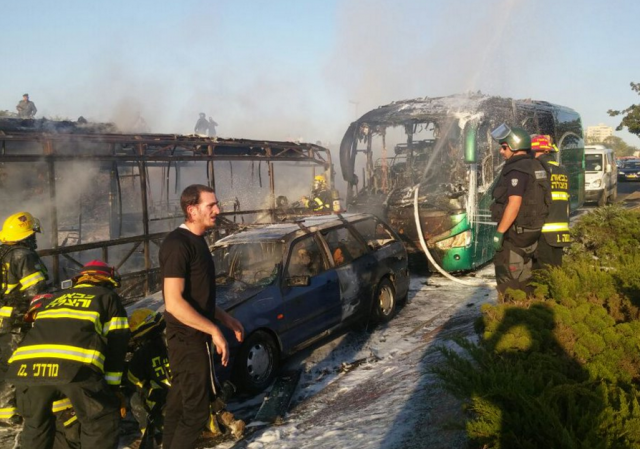 It’s beginning to look like it will be another hot summer in Israel.

There was a bus explosion near Jerusalem earlier today. At first there was confusion as to whether it was a bomb or some technical failure. Police have just confirmed that it was a small bomb, though it remains unclear as of this writing if it was planted or a suicide bombing.

Police forensics and bomb disposal experts examining scene to determine cause of explosion on bus in Jerusalem. pic.twitter.com/RBkZkaQb3G

We will add more as details become available. Carl in Jerusalem has a live blog updating information.

In the south, along the Gaza border, a massive Hamas tunnel system into Israel was discovered.

This all is reminiscent of the run up to war in the late Spring of 2014. It started with a Hamas kidnapping of three Israeli teens, and then a relentless Hamas rocket barrage.

This time around Hamas / Iran is probably counting on White House support for slaughtering all the “Jews”.

The Mullah-In-Chief will do everything he can to stop Israel from fighting back or protecting innocent civilians. And Hamas / Iran knows this.

With Iran going nuclear, well … I doesn’t take much of an imagination to see how bad this could get.

pump the tunnels full of Oxygen and propane or the like, then set off a spark inside…just like you do with gopher tunnels.

Tango Sierra on whatever they dug the tunnel under on their side. that’s a personal problem in my book.

Hamas knows that they’ve got until January, ’17 to make any moves. Obama’s already floated the trial balloon of UN candy for the Pallys by having the US abstain the next time the Jew baiters put up an anti-Israel resolution at the Security Council.

The formula is time tested: the Pallys provoke a war, the Israelis respond, and the first ten casualties are reported as 10,000.

I wouldn’t be surprised if Obama was spending his weekends helping them dig tunnels.