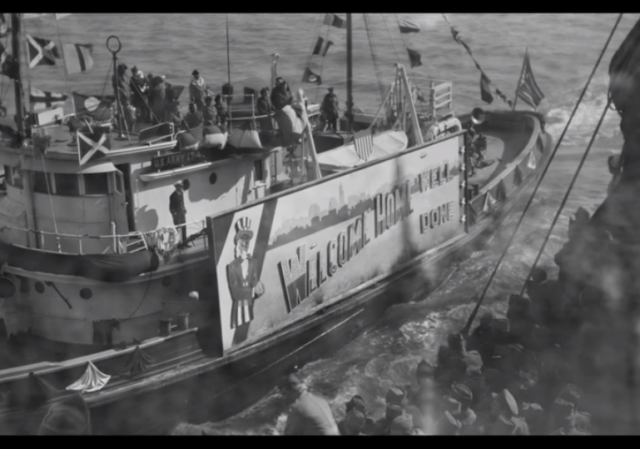 Thirty-one rolls of undeveloped film, all shot by the same American soldier during World War II were passed along to developers at The Rescued Film Project. There, they carefully worked to develop photos taken seventy years ago.

The results were amazing:

The Rescued Film Project works to return the images to the photographer who took them or to ensure that historic moments in time, like the World War II photos are enjoyed and appreciated as they should be.

The Rescued Film Project is an online archive gallery of images that were captured on film between the 1930’s and late 1990’s. Each image in our archive was recovered from found film from locations all over the world, and came to us in the form of undeveloped rolls of film. We have the capability to process film from all era’s. Even film that has been degraded by heat, moisture, and age. Or is no longer manufactured.

Every image in The Rescued Film Project at some point, was special for someone. Each frame captured, reflects a moment that was intended to be remembered. The picture was taken, the roll was finished, wound up, and for reasons we can only speculate, was never developed. These moments never made it into photo albums, or framed neatly on walls. We believe that these images deserve to be seen, so that the photographer’s personal experiences can be shared. Forever marking their existence in history.

Film is an organic material that degrades over time. We are committed to rescuing as many images as possible, before they’re all gone.

They’re currently seeking help identifying the time, place, and purpose of these photos of Eisenhower:

My wife and I just did a tour of the beaches of Normandy. It is important to remember what freedom cost and who insured it was protected before those who won that battle are a faint memory.

This guy is a hero. He’s doing the Lord’s work.

One quibble, though — when you go to his website, he’s claiming copyright in all of the photos. He’s entitled to some recompense for his work, but that completely invalid claim of copyright is a little heavy-handed for my taste.

Okay, I see now he has the person who provides the film assign the copyright to him — but in many instances, including this one, I doubt that that person is actually the copyright owner.

Okay, I’ll go back now to saying what a great job he’s doing.