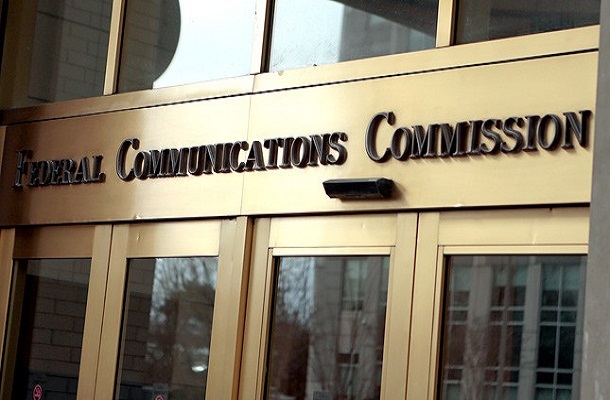 Controlling the internet is a goal of the progressive left, including the White House, and we’ve covered one of their angles to that end, net neutrality, here at LI.  On Friday, the House passed a bill that would prohibit the FCC from “setting or setting or reviewing the rates that companies charge for internet service.”

The House on Friday passed a bill to ban the Federal Communications Commission from setting or reviewing the rates that companies charge for internet service.

The largely party-line vote is a win for Republicans, who have pushed for the past year to nibble away at the FCC’s internet regulations, which are currently being challenged in federal court.

Obama has indicated that he will veto this bill restraining the FCC’s ability to regulate the internet or to set rates (and otherwise pick winners and losers), so as the Hill reports, this bill will not be enacted this year.

The stand-alone bill has no real chance of of being enacted this year with a White House veto threat hanging over it. The FCC says it has no intention of setting the price of internet service under its net neutrality rules, but Democrats argue the bill approved Friday is too expansive.

“This bill in its broadness is an attack on consumers and an attack on the FCC’s net neutrality rules,” Rep. Anna Eshoo (D-Calif.) said. “Now that is not a surprise because the majority has never supported that.”

The government’s role in controlling the internet and asserting its influence on private internet providers is a point of contentious debate.

The debate about government regulation of the monthly prices that internet service providers charge customers has been hotly debated ever since the FCC passed its net neutrality regulations on a divided vote last year. The regulations focus on policing abusive conduct from companies like Comcast and Verizon, and are touted as a way to ensure that traffic flows freely for consumers and web companies.

The FCC rules reclassified internet service providers as common carriers — strict rules that would allow the commission to prevent those companies from blocking, throttling or creating paid fast lanes for preferred web traffic. The FCC decided to avoid applying the type of utility-style regulations that came along with reclassifying internet service.

The hysteria on the progressive left centers on the idea that internet providers “will be able to charge whatever they like!” without government regulation and intervention.  Technically, of course, they can do that now and could have done so all along.  They don’t and haven’t.  Sure, if they thought they could get away with charging thousands of dollars a month (or whatever the proponents of net neutrality imagine) for internet service, they would.  They can’t get away with that, though, and not because the government is setting or regulating rates.

But that has always been one of the foundational problems with net neutrality: empowering the government to fix a problem that doesn’t exist is always a huge mistake.

[Featured image via The Hill]

Well, if they can keep his pen busy enough signing vetos then maybe he won’t have time to use it writing onerous regulations and unconstitutional executive orders.

You missed bulk-importing Muslim immigrants from terrorist-friendly countries, attempting to force a liberal onto the Supreme Court and reverse all those 5/4 decisions which had been going against him, sending billions of dollars to the Iranian nuclear program, settling as many hard-core leftists into permanent positions in the Justice department as possible, and spiking the stock market on his way out the door in order to be able to blame the incoming administration for the crash (pending).

Screwing up the entire internet would just be icing on the cake.

More to the point, why not pass a bill saying that no agency can decide for itself where it has jurisdiction, that only Congress can do that?

Sorry. I know it’s unreasonable to dream of a government where everybody knows their job and actually does it.