A year of scandal, gaffes, barking like a dog, investigations, topped with a slathering of untruths 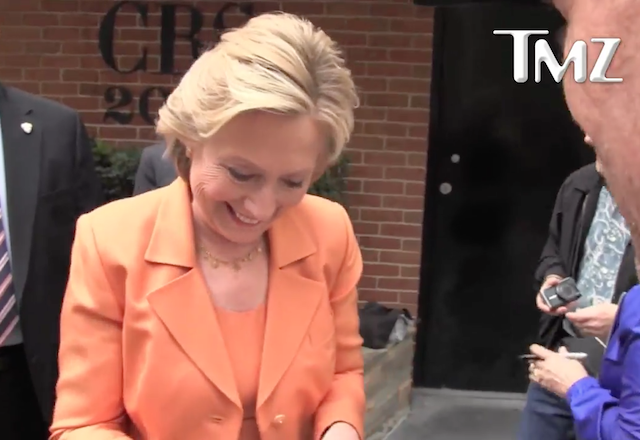 To commemorate the birthday of Hillary’s second presidential campaign, the good folks over at National Review have put together a highlight reel, chock full of many of our favorite moments from the campaign.

Which anniversary? Didn’t she have about a dozen openings?
In any case, I get half the cake as my fair share.

Get her an exploding cake.

LOL, this is funny. Hillary getting wound up for her one year anniversary. Plus she talks about April 12th being Equal Pay Day, omitting the report about her foundation paying women less and having few women in the higher posts. Team clinton removed the video but it was too late, someone had a copy.