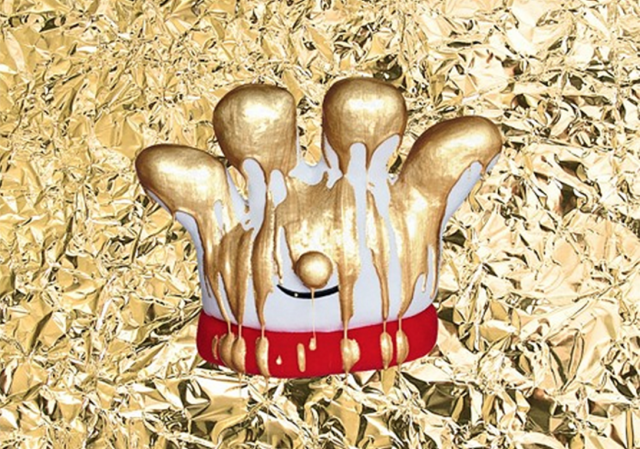 The five-song album called, “Watch the Stove” features songs called “Feed the Streets”, “In Love with the Glove” and “Food for Your Soul.” The lyrics are family friendly: “I mix it so good you think I’m a natural/ You catch me at the stove, I was whippin’ up a bowl/ I just came back from the stove five-star restaurant at home.”

The beats are solid. Catchy too.

As awesome as the album itself is the backstory. Jessica Roy of the LA Times reported “Watch the Stove” was a local Minneapolis (home to General Mills headquarters) effort that included the musical brainpower of neighborhood college kids.

“It’s really taken off,” Taylor Madrigal told me. You know him better as DJ Tiiiiiiiiiip, one of the people featured on the opening track of the album, “Feed the Streets.”

General Mills is headquartered in Minneapolis, where Madrigal also lives. (He said he went to daycare down the street from the plant where Hamburger Helper products are manufactured.) The people at Hamburger Helper were familiar with his work, including a song called ” … My Baby Mama.”

Three months ago, GM approached him, he said, wanting to know if Madrigal and producer Bobby Raps wanted to work on a song with them. Liana Miller, the marketing communications planner for Hamburger Helper, said by email that the team had been kicking around the idea, joking with their Twitter followers (from @helper) about making a mixtape.

“When we saw the demand, we thought, why not?” Miller said in an emailed statement. For the album itself, “We chose to feature artists that were representative of our consumers.” That included local up-and-coming talent like Madrigal.

“That’s part of why we wanted to get involved,” he said. “It’s all Minnesota, local culture, local everything.”

The duo received a few guidelines: The song had to be family-friendly. Nothing overtly inappropriate. No swear words. Obviously, it had to be about Hamburger Helper. Madrigal and Raps took it from there.

“Feed the Streets” came together over the course of a month. Hamburger Helper reached out to a local music school and asked students to contribute as well. College students are responsible for the tracks “Crazy,” “Food for Your Soul” and “In Love With the Glove.” Internet celebrity Niles Stewart a.k.a. Retro Spectro contributed the second track, “Hamburger Helper.”

I asked Madrigal point blank: Why is this so good? How?

“We like to take pride in what we do, and we didn’t want to give [General Mills] anything bad,” he said. “We work really hard but don’t take ourselves too seriously. We have fun.” (Proof of that hard work: When we spoke on the phone, he was driving across the border into Canada, where he’s DJing a show tonight in Vancouver. No word yet on when the official Watch the Stove world tour begins.)

If you need me, I’ll be groovin to “Watch the Stove”, making Hamburger Helper for the first time since college.

Enjoyed this, thanks for sharing!

“I don’t know why they call it Hamburger Helper, Clark. It does just fine by itself.” – Cousin Eddie