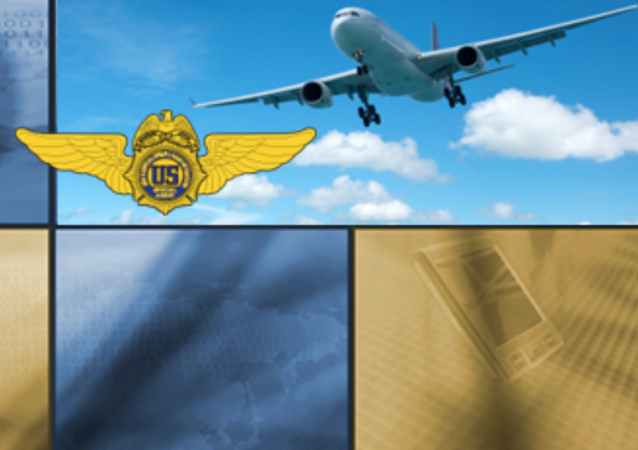 Tipped off by an anonymous whistleblower in 2014, the Office of the Inspector General dug into the Drug Enforcement Administration’s aviation operations with the Department of Defense in Afghanistan.

According to the DEA’s website, the aviation unit employs approximately 125 Special Agent Pilots:

The Aviation Division’s mission is to provide aviation support to operational and intelligence elements within DEA and the law enforcement community to detect, locate, identify, and assess illicit narcotics-related trafficking activities. Aviation support is critical to DEA’s strategic goal of disrupting and dismantling drug trafficking organizations that have a significant impact on America’s illegal drug availability. To accomplish its mission, the Aviation Division employs a fleet of airplanes and helicopters flown by specially trained Special Agent/Pilots.

Started as an $8.6 million project in 2008, the DEA and DOD managed to burn through ten times the initial budget. The OIG report explains:

In fiscal year 2008 the Drug Enforcement Administration (DEA) expended nearly $8.6 million to purchase an ATR 42-500 aircraft (ATR 500) to support its counternarcotics efforts in Afghanistan. The Department of Defense (DOD) agreed to modify the DEA’s ATR 500 with surveillance equipment and other capabilities to conduct such operations in the combat environment of Afghanistan in what became known as the Global Discovery program.

In addition, through five Memoranda of Understanding (MOU) with the DOD, between fiscal years 2012 and 2015, the DEA received $29,080,137 from the DOD to support both the DEA’s counternarcotics aviation operations in Afghanistan and the Global Discovery program. As of February 2015, the DEA had expended $10.1 million of this funding for the Global Discovery aircraft.

The DOD has also expended an additional $67.9 million in DOD appropriated funds to modify the DEA’s ATR 500 and to construct a hangar at the Kabul International Airport in Afghanistan for the aircraft. Even though collectively the DEA and DOD have spent more than $86 million on the Global Discovery program, we found that, over 7 years after the aircraft was purchased for the program, the aircraft remains inoperable, resting on jacks, and has never actually flown in Afghanistan.

The OIG questions the initial purchasing of the aircraft because it did, “not fully adhere to federal acquisition regulations and was never used for the purposes for which it was procured.”

According to Joe Davidson of The Washington Post, the new projected completion date is June. The unusable aircraft will be deployed to the Caribbean, Central and South America.

The OIG released a video along with their report (largely promoting their podcast on the subject):

When the Federal Insider asked DEA to comment, the response was short boilerplate: “Reviews by the Office of the Inspector General (OIG) are necessary and important, and DEA welcomes recommendations that make us better. DEA agrees that it can and should provide better oversight of its operational funding. We are reviewing policies and procedures to ensure the limited resources allocated to DEA are utilized in the most responsible and effective way possible.”

And this is why George W. Bush’s argument that the nation didn’t need a border fence, because the government agencies could be given planes, drones, and electronic surveillance was wrong.

You need to go back and look into the Secure Fence Act of 2006, which was passed by a Republican Congress and signed by President George W. Bush. It authorized the construction of hundreds of miles of additional fencing along the border with Mexico. The act specified “at least two layers of reinforced fencing.”

You can apologize now – something that the Donald is incapable of doing. Bush acted, Trump talks.

So, exactly where is that Bush fence? Inquiring minds want to know.

Border fence is on our property in the El Paso Sector. It has proven to be a very effective deterrent of trafficking that had been happening across our farm land for many years. In the couple of years prior to the installation, foot traffic had increased to several thousand people per week. These are not the peaceful mythical migrant seeking a better life. Most are drug mules or those that have agreed to some form of human slavery in order to pay for the coyotes to lead them across the border. The coyotes are frequently violent and have a long history of threatening property owners who attempted to deter trespassers or report their activity to law enforcement. They are also well known for murdering and abandoning their customers in remote locations.

I’ve previously detailed the enormous costs to the property owners in theft, destruction of equipment, structures, crops and orchard trees over the years. The fence has a lot of flaws, but it did decrease the foot traffic through our property and improved the safety of those who live and work on the farms. The downside is the traffickers moved on to the areas where the fence was not completed and to exploiting weaknesses at regular crossings.

My in-laws have farmed on the border for about 125 years, and some of them will stay. While not our primary reason for leaving the border, the declining willingness of our government to provide a minimal level of enforcement on the border was a top 5 reason the hubby and I sold out and moved north.

The same place that the fence that was approved during Reagan’s administration, defunded by the next democrat controlled congress.

This is one reason why so many haven’t the slightest clue about Trump’s obviously wide appeal.

The first step to beating back the PC blanket which is smothering America is to STOP APOLOGIZING. The incessant demand for apologies for the most outrageous rubbish is their standard tactic; it’s easy enough to beat, but most in public life simply won’t do it; perhaps they’re too dim to even recognize that it’s necessary.

It was when Jeb tried this tactic against Trump—a demand that Trump apologize for an offense which he had not, in fact, committed— and failed, slinking away in defeat, that I realized that Trump had command of an effrective methodology which far too many don’t even recognize. But some notice … rather a lot of them do, judging by the poll numbers.

As for what he’s capable of, only those with a Ouija board can say. All we can do is note what he actually does and says (and then lie about it a bit when repeating it in the news, so that we can then demand that he “apologize” for something he didn’t say—good luck with that.)

I volunteer to be deployed to the Caribbean with the aircraft.

Lack of accountability is the problem.

Counternarcotics operations in Afghanistan? I know for a fact that the NATO mission (US military) there encourages Afghan farmers to continue growing poppies and in some cases enables their transport around the country. Nevermind the fact that we have a heroin epidemic in America, Afghan farmers would literally have no economic potential without growing poppies. We the taxpayers are literally spending money to fight the very thing we are also spending money for…

jeez using an atr42-xx with its deice issues on mountains of afghanistsn is a suicide flight to start with.

Probably just a problem getting a stock photo that would look good in that particular graphic. No biggie.