Can Trump be stopped? Will Hillary sweep? 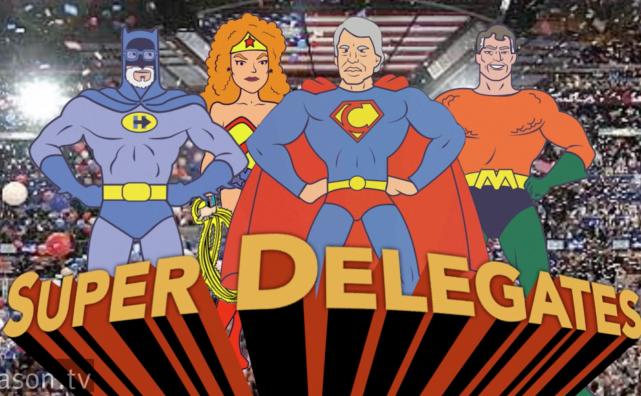 Welcome to our Super Duper Tuesday Open Thread. We’ll be updating all afternoon until around 7:00 PM EST when our live primary results post hits the internet. Be sure to refresh your browser for the latest updates.

The Democrats bizarre super delegate situation, as explained in a cartoon 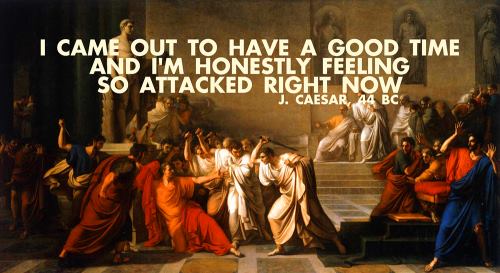 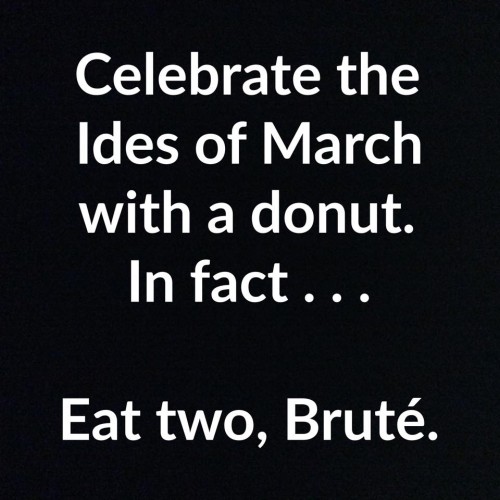 So this is interesting:

The Republican front runner Trump was the most popular candidate in a subscriber poll that closed Sunday, with 27 percent saying they would back the business mogul if the election were held tomorrow. Sanders, the independent Vermont senator, was a close second at 22 percent.

The results — based on responses from 931 active-duty troops, reservists and members of the National Guard — do not offer a scientific status of military voting preferences. However, they do show that the outsider candidates’ messages are resonating with individuals in uniform. 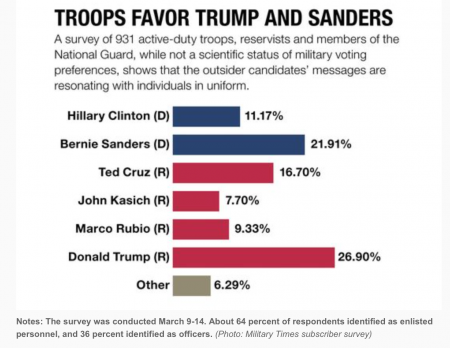 Rules are convenient until they’re not

Because Gov. Kasich cannot run in the state of Pennsylvania-he cannot win the nomination- & should not be allowed to compete in Ohio on Tue.

Arguing with a poll worker can be risky business

Closed primaries. How do they work?

A lot of complaints from people saying my name is not on the ballot in various places in Florida? Hope this is false.

With the Marianas win Trump has now met the majority of delegates in 8 states test of rule 40b. Trump is the only candidate qualified to have his name placed in nomination.

Is that the new narrative the Trumptrolls will be pushing today? Tralalala you need 1237 and it ain’t over yet.

It’s not a narrative it’s a fact!
Trump will be the nominee for the republicans!
Trump 2016

You do know that at some point you start sounding like this guy:
https://www.youtube.com/watch?v=dhRUe-gz690

75% of republicans say if Trump has the most delegates he should be nominee.

The text of that article doesn’t match the headline.

The text says that voters believe the GOP should support Trump if he gets the nomination. With more than 2 people in the race, just having more delegates doesn’t necessarily mean getting the nomination… plurality as opposed to majority.

Par for the course for that blog nowadays. It’s only unthinking Trump cultists still paying attention to Trumpbart these days anyway.

Trump won the Northern Marianas Islands? He must be the man on Kwajalein.

US Immigration Law has only applied to the Northern Mariana Islands for a few years (2009, maybe?), replacing prior local laws. I’d imagine the current state of non-enforcement of Federal immigration laws is causing nearly as much grief there as elsewhere in the US. So perhaps it’s no surprise that Trump might be a relatively popular candidate.

I thought Rubio had the American territories locked up.

Yeah, wasn’t Guam supposed to be the tipping point?

Are the Northern Marianas Islands a state? I thought they were a commonwealth, and that some US laws and regulations apply, but some do not. It should follow that the party rules regarding states may or may not include them as a state.

Apparently they have 53,000 residents

Strictly speaking, the US has four Commonwealths; Massachusetts, Tennessee, Virginia, and Pennsylvania. Their constitutions use the word, but if there’s a functional distinction between a Commonwealth and a State, nobody is saying what it is.

In US officialese, detritus (like Puerto Rico or Jarvis Island) is lumped into the category of “insular areas”.

Of the insular areas, both Puerto Rico and the Northern Mariana Islands call themselves “commonwealths”, but they’re still insular areas and not the equivalent of states.

We need our trivia!

What I do not understand is why you got down voted for such an innocuous comment.

We need our trivia!

And we don’t even care if it’s true or not! Any of it!

Check your facts again. Tennessee is not a commonwealth.

We had one person at my polling place today who was cross because he wanted to vote for Donald Trump, but he wasn’t a registered Republican. And two acquaintances on FB were upset that, as registered Independents, they weren’t allowed to vote for Bernie.

There was plenty of publicity about needing to register before February 16th, but low-infos gonna low-info I guess.

A lot of complaints from people saying my name is not on the ballot in various places in Florida? Hope this is false.

His “evidence” is a photoshopped sample ballot. The names were listed alphabetically (I still have mine), and “Trump” was last, right after “Santorum,” except someone cut it off for that image. His name was definitely on the actual ballots. I call shenanigans.

Tech problems reported in a couple place in FL. Shows there are a lot of voters wanting to cast a ballot. That part is good!
http://www.youngcons.com/voters-in-florida-unable-to-vote-at-polling-places-because-of-technical-issues/

Hmmm. Reports that Trump’s name does not appear on some ballots. It’ll be an interesting day…
http://www.wnd.com/2016/03/florida-fiasco-trump-left-off-ballots-glitches-and-high-turn-out/

Reports that Trump’s name does not appear on some ballots.

Before heading to WND, GP or TCTH again, remember your tinfoil hat!

Um, sport? That’s because Dems who wanted to vote for Trump could not vote for him in Florida. Florida is a CLOSED primary

Marco Rubio seems to be saying he will continue his campaign even if he loses Florida:

That makes sense, because he’s stronger in some states in the northeast than he is in Florida.

And both Pennsylvania and New Jersey are winner take all states. (in Pennsylvania he’s got a supporter trying to knock Kasich off the ballot)

Cruz is strong only west of the Mississippi, and maybe, where he appears to be the only choice besides Trump. Kasich is weaker than Rubio is most places.

Numbers following polls with Trump at 45%.

In Florida Trump has 40k more votes than Rubio and Cruz combined.

“Winner of Florida will be GOP nominee”.

Rubio killed by GOPe and gang of 8

Rubio was killed by the people who know him best. Not just a defeat, but an overwhelming smackdown. He will never again win anything in Florida. We’ll see him in the future opining on Fox News as “journalist” or “expert”.