On the road to a contested convention 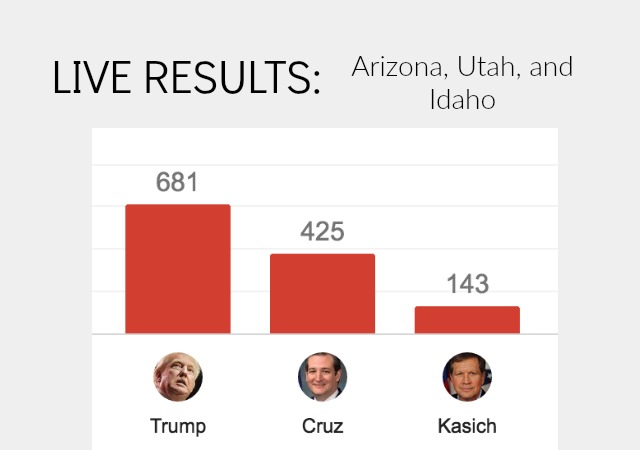 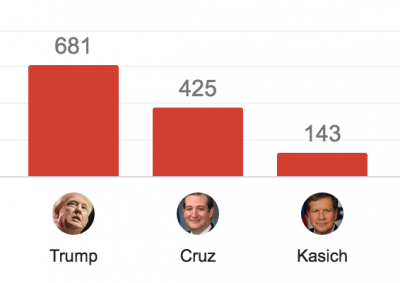 Delegates up for grabs: 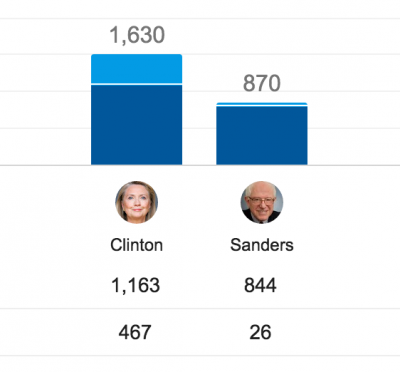 Delegates up for grabs:

He should probably declare victory and go to sleep because Utah and American Samoa will not be good to him.

In Utah the 50% split is key.
Though what I’m hearing Trump might make winning a close thing.
Of course that’s people on each side say before the numbers come in.

Cruz ended up with 69% in Utah, quite impressive

So when will Cruz come out and declare victory even though he is getting at least ten delegates less then Trump?

“All others” beat Ted Cruz in Arizona.

Nevermind, the results I was looking at were incomplete. The final result may be different.

And yes, the “all others,” includes a lot of early voting support for Rubio, so Cruz’s showing is less embarrassing than it looks at first.

Now if lyin Ted Cruz fails to get over 50% in Utah then the Cruz schlonging will be complete.

With missouri win added in Trump will have 751 delegates plus whatever he gets out of Utah and could end the night with around 300 delegate lead over Cruz.

The outcome in UT is also of interest, as Ted didn’t win any states for a while and needs momentum to re-energize his campaign.

Yeah, I’ve only seen numbers for a couple of states but in those Trump blows away Hillary and Bernie combined while picking up 35ish percent of the Repub votes.

And 53% vote against Donald Trump.

Probably about the same as in November.

Well, AZ another train wreck. The brokered convention may or may not happen.

So you want Paul Ryan as the nominee

Ryan said he didn’t want to be Speaker either.
Get a clue.

No, I just took exception to Kemberlee’s apparent foregone conclusion. That, and the train wreck video from way back.

It’s not just Rags and influential LI commenters who are disturbed by the thought of Trump. Somebody wrote “Trump 2016″ in chalk and Emory students need therapy!

Note that the Emory Admin is taking it VERY seriously.
http://emorywheel.com/emory-students-express-discontent-with-administrative-response-to-trump-chalkings/
The University will review footage “up by the hospital [from] security cameras” to identify those who made the chalkings … if they’re students, they will go through the conduct violation process, while if they are from outside of the University, trespassing charges will be pressed.

Precious lil snowflakes cut from the same Cloth of Courage as the #NeverTrump whiners. Probably hide under the bed together whimpering about the Donald Monster.

I read the link you provided.

These are the students who will go into government “work.” We’re doomed.

The Cruzers should face the fact that Cruz will not be the nominee, no matter what.

To clinch the nomination, Trump needs 51% of the currently available delegates. Cruz needs 83%—and that ain’t happening.

If neither has the delegates, the GOPe has an opening to work its, well, let’s just call it magic. Now, we know a few things about how this magic will play out:

2. The GOPe doesn’t want Cruz, either.

3. We can reasonably postulate that the GOPe will try to foist a candidate on us who hasn’t already been, essentially, already rejected by the voters. That leaves Kasich out.

And that’s why we’ve seen so many trial balloons of late. Romney … Ryan … a series of has-beens and nobodies. So far they’ve all been met with derision or profound indifference. But the GOPe will doubtless keep plugging at it; July’s still a long way off. All we can be pretty sure of at this point is that if the GOPe has anything to say about it, the nominee won’t be Trump … or Cruz.

My goodness…the thread of comments seemed so “Trump”; the theatrical sneering and taunting satisfaction over trashing Ted Cruz suddenly evaporated. Since when do Trumpians cease trying to emulate their mentor? Could this be a viral outbreak of class?

No such luck – it seems the breaking news in Utah “huuuuggggee” 2/3rds of all Republicans going for Cruz has sent the arm waving hooters into the bush.

Oh well, we will hear another week or two of their demanding that we stop opposing Trump and America…

Are you kidding? This is too entertaining.

Up voted for you…..by mistake.

I love watching the GOPe taking their Castor Oil to try and stop Trump. You know they would stab Cruz in the back at the Convention if they are able to derail Trump.

Great wins for Cruz in Utah and Trump in AZ! We’ve got some GREAT candidates this year; let’s not eff it up.

Dang! Both of Jeb’s supporters have moved to Cruz. Lucky for Trump one supporter is in a state that already voted.

I wonder if the NET gain of these RINO endorsements is positive for Cruz. The smell of Lindsey Gramnesty still hasn’t cleared and along comes Mr. Illegal Immigration is an Act of Love to give his stamp of approval.

Utah is trending liberal with mass migration and development of high-density population centers.

Now behins the series of Humiliating defeats for Ted Cruz. The voters don’t want him & the party doesn’t want him. His new best friends Mitt Romney & Jeb Bush will first undermine him and then stab him in the back (and then back the bus over his corpse).

So, Ted has no path to the Presidency (Actually he has one path: quitting now and leveraging his current second place status into being the party favorite during the next cycle).

And the GOP delegate selection process is rigged. Rick Perry! Tom Coburn! Who will be the hack that is sacrificed to Hillary?

Cruz must win Wisconsin. Walker and GOPe will go all out for him. It is his last shot no matter what.

There is absolutely no way for Cruz to win a general election!

It’s comical when he says Trump can not get the 1237 number.
When he(Cruz) needs 80+ % of the remaining delegates to win!

Trump will go over 1237 if he wins Arizona, New York and California.

Der Donald could just be the next in line. And you’d be cool wid’ dat…!!!