Islamic State now has the “knowledge” and “human expertise” to use dirty bomb, says EU report 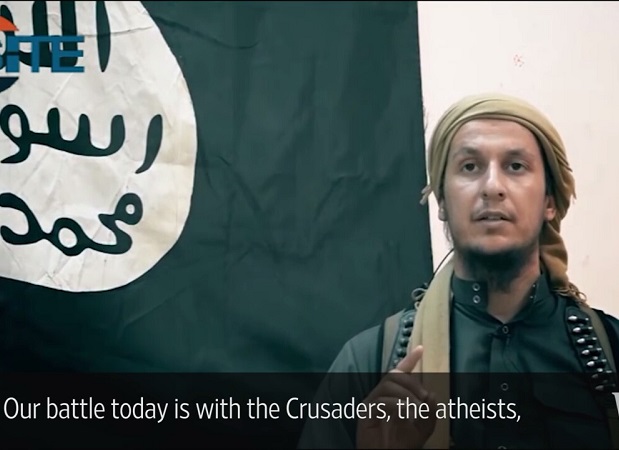 According to recent news reports, the Islamic State (Isis) in Iraq and Syria seems to have intensified its efforts to build a “dirty” bomb. The reports coming from Iraq indicate that the terrorist group might already be in the possession of required radioactive material. The material was reportedly stolen from an oil facility in southern Iraq and was part a monitoring system used to detect structural flaws in oil and gas pipelines. Reuters news agency writes:

Iraq is searching for “highly dangerous” radioactive material whose theft last year has raised fears among Iraqi officials that it could be used as a weapon if acquired by Islamic State. (…)

The [UN nuclear watchdog] IAEA said the material is classed as a Category 2 radioactive source, meaning that if not managed properly it could cause permanent injury to a person in close proximity to it for minutes or hours, and could be fatal to someone exposed for a period of hours to days.

Radioactive material is often part of diagnostic tools used in medical treatments and industrial monitoring around the world. The same material however can be used by terrorists to make a “dirty” bomb capable of contaminating several city blocks, causing wide-scale fatal radiation sickness and financial losses worth billions.

The reports from Iraq come on the heels of Belgian police investigation that caught Islamic State’s operatives secretly monitoring a nuclear scientist. Police recovered 10 hour of surveillance footage taken from a camera fixed at the residential entrance of a high-ranking nuclear scientist, prompting fears of a plot to kidnap the scientist in order to secure access to nuclear facility. The video material was recovered from a suspect linked to November 13 Paris Attacks. British newspaper The Independent reports:

[Belgian] investigators speculated that the suspects intended to kidnap the official, who had access to secure areas of a nuclear research facility in Mol – potentially to gain access to the facility and acquire enough radioactive material to create a dirty bomb.

Last month, CIA Director John Brennan told CBS News that Islamic State had chemical weapons stockpile and there was a real possibility of sneaking them into Europe and the West.

European leaders are well aware of the “dirty” bomb threat. In December 2015, the European Union issued a report warning the member states to “prepare for the possibility” of a WMD attack by the Islamic State. The report also says that Islamic State has acquired “knowledge” and “human expertise” to deploy chemical and nuclear materials as “weapons of terror.”

But don’t expect EU or European leaders to take any serious action to clamp down on smuggling rings operating across the continent. EU’s ideological commitment to open border policy and unwillingness to secure Europe’s outer borders alone funds the flourishing people smuggling industry.

With recent terror attacks, Islamic State had proven its capability of striking at the heart of Europe at will. As the terror outfit acquires technical know-how and gets hold of chemical and nuclear material, the next attack in Europe could take apocalyptic dimensions.

If they want radioactive material, then lets send them some! Let them all glow in the dark surrounded by glass.

At this point Obama is just praying that he can get safely out of office so the media can blame a Republican President for the unmitigated disaster he’s leaving behind.

Didn’t you hear? The media — at Obama’s direction — is already blaming a Republican president for the foreign relations disaster in the Middle East.

His name is George W. Bush!

That’s what happens when you – following the advise of your idiot closet pig-man adviser – put your ass in the air and make it a permanent target.

My favorite thing about the Obama years is the feeling of peace and security throughout the world.

Here we go again. Since 9/11, I would bet there has been at least two of these “dirty bomb” stories in the news every year. Haven’t had a dirty bomb yet, have we?

In my career as a Health Physicist I handled a whole bunch of Ir-192, which is the radionuclide that was stolen. Although it is not a radionuclide to be messed with, there are some facts about it that make it a lousy radionuclide for a dirty bomb.

1)The first fact is it has a 72 day half life. That means that after 72 days only half of the material is Ir-192, the other half is now Platinum-192 which is stable and does not emit radiation. After 144 days, three quarters is platinum. This decay continues whereby the rule of thumb is that it is all turned to stable platinum in ten half lives or in this case 720 days. So if the bad guys want to make a dirty bomb, they better hurry. As the theft occurred a year ago, the material is already through at least five half-lives meaning only 3% of the iridium remains and the other 97% is stable platinum. Likely there is a lot less because the device owners often store the device to let the Ir-192 decay to nothing levels before returning the device to the manufacturer to get a new source of Ir-192.

2) In the device that was stolen, the Ir-192 is encapsulated in a double walled stainless steel capsule that is welded closed. The capsules are typically a couple inches long and 1/2-1 inch in diameter. The capsule design has to go through all kinds of destructive tests, e.g. 1200 degree F, without failing. If the bad guys use the capsule in a IED, i.e. conventional explosives, I can guarantee that all you will have to do is find the capsule and pick it up. I’ve recovered sources like this and it is not hard to do – though it takes a little safety training for the person doing the recovery. If the bad guys break open the capsule, they better have a well designed containment system with shielding otherwise they will give themselves a nasty dose of radiation and spread the Iridium all over their work area.

If you want to know more about dirty (radioactive) bombs and how to protect yourself, an easy to understand and practical article can be found at: http://atomicinsights.com/dirty-bomb-advice-from-larry-grimm/

Incidentally, the device that was stolen has been found undamaged – in a garbage can.

Great piece at the link, highly recommended. The instructions and information there are informative and practical-excellent job. A copy will be printed and added to our medical emergency kit and copies sent to our children who live and work in major cities around the country.