Hillary doesn’t give Chris Matthews a thrill up his leg

Hillary doesn’t give Chris Matthews a thrill up his leg 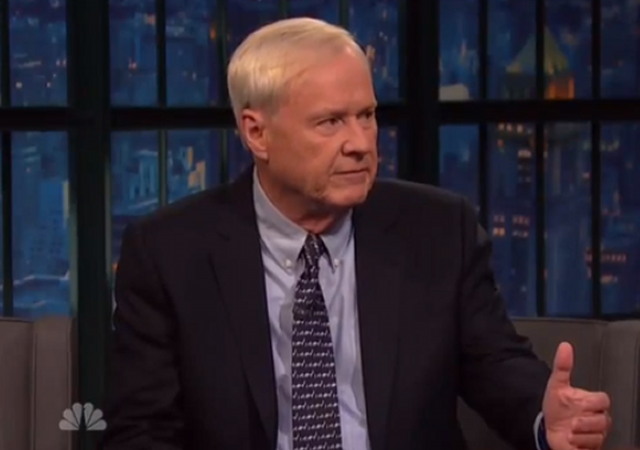 Chris Matthews of MSNBC famously said during the 2008 presidential election that Obama sent a thrill up his leg but he’s not feeling the same magic for Hillary in 2016.

MSNBC’s Chris Matthews said Hillary Clinton in 2016 “can’t match” President Barack Obama’s oratory skills that gave him the “thrill up the leg” in 2008.

During “Hardball” on Thursday night, Matthews said, “I think Obama was so exciting. I think, you know, I was the thrill up the leg, and I admitted I was overwhelmed by his speeches because I’d go to all these rooms with 200 people in it and I had never heard anybody speak like Obama.”

According to Matthews, Obama’s “presidency obviously couldn’t live up to that level. It couldn’t. It was so stellar, the excitement in those crowds. First African-American, young guy, incredibly educated and who could give a speech like nobody’s been able to do since — well, certainly on the Democratic side since Kennedy.”

LA Times Kurtis Lee agreed, saying, “Absolutely. One of the best orators that a lot of people have seen on the political stage and –”

While we’re on the subject of Matthews, here’s another thing that probably doesn’t give him a thrill. The Washington Free Beacon reports:

Kathleen Matthews, who is running for a seat in the House of Representatives in Maryland and is the wife of MSNBC host Chris Matthews, is drawing heavy support from donors who have contributed to Hillary Clinton.

The Daily Caller first reported in February that some of Clinton’s biggest backers are funding Matthews, the former chief communications officer at Marriott International. This has led to accusations that Chris Matthews has a “clear” conflict of interest in covering the Democratic side of the 2016 presidential race.

One backer noted by the Daily Caller was Elaine Schuster, a delegate to the United Nations General Assembly who previously served on the board of the Clinton Foundation, and her husband Gerald, the founder and president of the Continental Wingate Company. The Schusters are one of just 12 families that have provided money to all of the Clintons’ elections and causes.

The picture of Matthews leaning against a wall with a large wet spot on the front of his pants comes to mind every time I see an article about him.

LA Times Kurtis Lee agreed, saying, “Absolutely. One of the best orators that a lot of people have seen on the political stage and –”

Yet without a teleprompter Obama is a babbling fool.