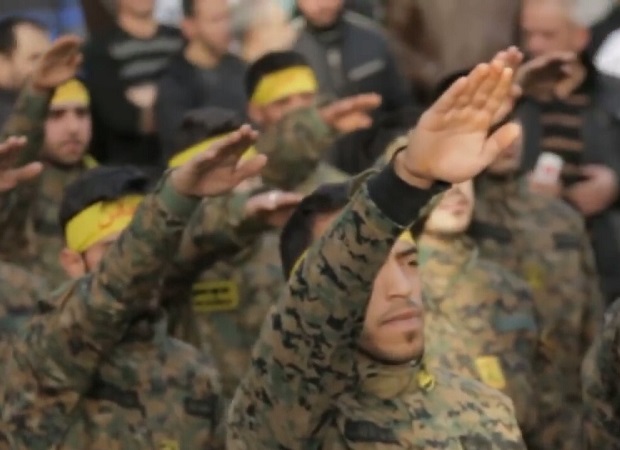 Amid renewed tensions between Iran and the Sunni Arab States, the six member Gulf Cooperation Council has declared Iranian-backed Hezbollah a terrorist organisation.

Since 1980s, Iran has been exercising control over Lebanon through its proxy Hezbollah, a Shia Islamist military outfit. Tehran-funded Hezbollah does not only controls Lebanon but also carries out terrorist operations on behalf of its Iranian masters across the globe. Thousands of Hezbollah fighters are currently fighting alongside the Iranian Revolutionary Guard on behalf of Assad Regime in the Syrian civil war.

The power vacuum created by President Obama’s hasty retreat from the Middle East has been rapidly filled by Iran and its proxies. Iranian expansion has now created an unbroken corridor of control extending from the Gulf of Persia to the Mediterranean coast of Lebanon. Flushed with fresh cash, thanks to Obama-Kerry Nuclear Deal that unlocked $100 billion in frozen funds, Iranian Regime is now capable of bankrolling its proxies throughout the Arab World.

Historically, Shia and Sunni radicalism have inspired and nurtured each other. In bringing about an Islamic Revolution in Iran, Ayatollah Khomeini was deeply inspired by the writings of Muslim Brotherhood’s ideologue Sayyid Qutb. In funding Islamist causes worldwide, Shia Iran has not shied away from funding and arming Sunni terrorist groups if it helps to attain its ideological aims. Until recently, Iran had been the main benefactor of terrorist outfit Hamas in its campaign of terror against Israel.

The rising clout of Iran within the Arab and Muslim world has alarmed the rulers of the Sunni States. Jerusalem Post reports:

The six-member Gulf Cooperation Council named Hezbollah a terrorist organization on Wednesday, opening up the possibility of further sanctions against the Iran-allied group that wields influence in Lebanon and fights in Syria.

“Until now, the Saudis had only designated individual operatives and Hezbollah’s Saudi branch as a terrorist organization, not its Lebanese core,” David Andrew Weinberg, a specialist on Gulf affairs and a senior fellow at the Foundation for Defense of Democracies, told The Jerusalem Post.

Ironically, European Union still offers safe haven to Hezbollah operatives. So far, the EU has only outlawed the terrorist group’s “military wing,” allowing Hezbollah to operate inside Europe with impunity. Hezbollah operatives take advantage of Europe’s liberal laws and open borders; using Europe as a preferred location to procure weapons, logistics and fundraising. In 2012, Hezbollah carried out a bus bombing in Bulgaria that killed five Israeli tourists and a Bulgarian citizen.

Europe has long been a zone of free movement for Hezbollah fund-raising and meetings. Germany’s most recent domestic intelligence report lists 950 active members in the country. The actual number of Hezbollah members in the Federal Republic is believed to be significantly greater. [Jerusalem Post, May 2015]

The European leaders are apparently willing to turn a blind eye as long as terror attacks are not carried out against their interests. However, as Arab and Muslim population within Europe rises to unprecedented levels, the internal conflicts of the Muslim world would inevitably spill out into Europe.

Having learned nothing from history, the leaders of Europe are once again feeding a very hungry crocodile — hoping it will eat them last.

in less than a year our very own proto muslim will surely state his preference – as displayed by his Iranian ‘deal’, sellout and formally join the brotherhood – how ‘lucky’ and smart we have been.

Obama, Kerry, Clinton, et al, have let all the Middle East’s tyrants, despots, and dictators out of their cages. And funded them. And enabled them to arm themselves. And enabled Russia to gain a sea, land, and air military presence in the region. And virtually abandoned the U.S.’s strongest ally in the region.

It will be interesting to see what kind of relationship develops between the Gulf Cooperation Council and Israel. No one expects a love-in to breakout, but twith the Iranian and now new Russian presence in the region, mutual iself nterests have suddenly emerged. Jordan and Lebanon must be paying very close attention given the tension with and uncertainty about Turkey. The PLO and Abbas’s PLA will soon be forced to choose sides, as well. And then…

Obama needn’t concern himself any longer about his place in history; he will assuradly go down as one of the world’s most disruptive figures. Alfred Nobel is turning in his grave.