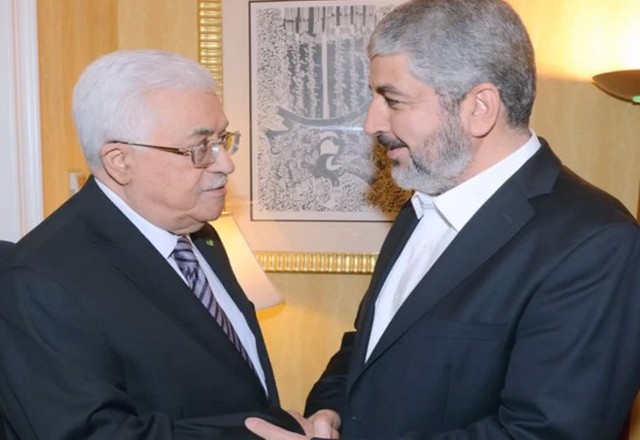 Great Britain’s Foreign Office and Department for International Development (“DFID”) have funneled million of Pounds, at least, to terrorists.  The report from the Daily Mail details how the UK’s policy of spending .7% of revenue on foreign aid distorts priorities and leads it to fund terror.  The Daily Mail report builds on a broader investigation from Palestinian Media Watch (“PMW”) evidencing the Palestinian Authority’s (“PA”) attempts to hide banned payments to terrorists from Western donors.

In its exposé, The Daily Mail cites PMW’s recent report discussing the PA’s deception of Western donors.  According to the Daily Mail, “a devastating new report to be released this week by Palestinian Media Watch, an Israeli NGO, suggests that Western donors have been duped by assertions that the Authority no longer funds terrorists.”

Drawing on original Palestinian media, PMW documents the PA’s fraud on international donors.  In 2011, PMW exposed that the PA was funneling foreign donations to terrorists and their families.  Following international outcry, in 2014, the PA formally placed funding for convicted terrorists in the hands of the Palestine Liberation Organization – the parent of Fatah and the PA itself.

But the PA leadership simultaneously stated that it was only a cosmetic change.  The PA’s Minister of Prisoners’ was re-tasked as the Director of the PLO Commission of Prisoners’ Affairs and told a Palestinian radio station:

There was [international] pressure and a kind of war, an intense war, and monetary and financial threats towards the PA. The Palestinian leadership was subject to real pressure, but of course it refused to submit to all this pressure. We told them [international donors] it was a matter of freedom, a matter of fighter-prisoners, a matter of a national liberation movement, and so the idea that it would be part of the PLO was conceived . . . President Abbas and the members of the [PLO’s] Executive Committee confirmed that this change would in no way affect the importance and significance of the prisoners’ issue, neither in terms of politics and the struggle nor in terms of the services [to the prisoners].”

No matter the structure, PA President Mahmoud Abbas remained in control of directing payments from international donors, either in the guise of PA President or as head of the PLO.

It seems the creation of the new commission was merely a façade to hide the fact that the PA and the PA Ministry of Finance, which receive the foreign donor money, are still responsible for paying the salaries to imprisoned terrorists.

PMW quotes numerous Palestinian sources, including the official PA daily newspaper, al-Hayat al-Jadidah from October 8, 2014, after the PA was supposedly sequestering itself from funding for terrorist prisoners or convicts:

“The number [of public employees] currently registered in the General Workers’ Office comes to approximately 175,000. Yet the total number of recipients of government salaries exceeds 200,000 – if one includes the families of the Martyrs (Shahids) and wounded, as well as the prisoners’ and released [prisoners’] pensions – it constitutes approximately 65% of the Palestinian government’s monthly expenditure.”

In short, PMW has overwhelming evidence that the PA used to funnel money to terrorists, made cosmetic changes after international outcry, but still makes murder and terrorism a lucrative business using foreign funding.

The Daily Mail brought this principal home for British taxpayers facing a budget deficit yet funding Palestinian terror through foreign aid.  According to the Daily Mail:

In the West Bank and Gaza, despite promises by the ruling Palestinian Authority (PA) to end the practice of paying aid money to convicted terrorists, our investigation revealed that they had simply duped the West by allowing the Palestine Liberation Organisation to hand out the cash instead.

Britain gives £72 million a year to Palestine, more than one-third of which goes straight to the PA. It openly admits supporting terrorists whom it hails as heroes for fighting illegal occupation, awarding lifetime payments that rise depending on time spent in jail and the seriousness of crimes.

Among the beneficiaries of Britain’s payments are:

Amjad and Hakim Awad, cousins who killed Ehud and Ruth Fogel and their three children in their West Bank home in 2011. It is estimated that Amjad alone may have been paid up to £16,000 from the fund so far.

The Fogels were murdered in the “Itamar Massacre.”  The parents were both stabbed, and the mother shot in the head.  The oldest child had his throat cut, the middle was strangled and stabbed, and the three-month-old was decapitated.  According to the Jerusalem Post, Amjad Awad said “I don’t regret what I did, and would do it again . . . I’m proud of what I did and I’ll accept any punishment I get, even death, because I did it all for Palestine.”

The Daily Mail also identified Hamas bomb-maker Abdallah Barghouti among the recipients.  Barghouti is serving 67 life sentences for a spree of bombings in 2001-02 and has reportedly received £106,000 in British funds.

Britain formally prohibits payments to terrorists, but, consistent with the PMW report, the Daily Mail notes that the PA openly flouts its commitment to end such payments.

a Mail on Sunday investigation has found that Britain funded the PLO until last year and that the PA openly boasts of still funding salaries of convicted terrorists, even in its own official statements.Former prisoners and the families of terrorists we have spoken to also confirmed receiving cash from both the PA and the PLO.

Together, the Daily Mail and PMW reports paint a picture of foreign donors blithely subsidizing terrorism against Israel because unwilling to take necessary steps to assure their aid to mitigate Palestinian suffering is actually used for those purposes.  Instead, the Palestinian political powers leave their people to rot and make themselves and the terrorists wealthy.  No surprise that the terrorists are revered and children aspire to following in their footsteps.

Ironically, the PA and Hamas both complain about economic suffering in their fiefdoms in the West Bank and Gaza respectively, but even as they are diverting copious foreign aid meant to improve their circumstances to killing Israelis instead.  As the Daily Mail notes, the West Bank and Gaza receive the highest per capita foreign aid in the world, to little recognizable result.

Hopefully, Daily Mail’s report will spur the British government to change, and will make clear to other foreign donors that their aid is almost certainly being abused for the same purposes.

It will make no difference.

The politicians may start to change course if they start dying in job lots from Islamic “not-so-smart-bombs”.

I think this confirms what many objective-minded folks have wondered for some time. Now we have evidence to bolster our concerns. The sad part of this is even if governments stopped funding the Palestinians, some misguided churches will step in and fill the role.

I think if Great Britain cuts off funding, they should let George Galloway personally deliver the news.

It is time to start asking exactly where is all of the U.S. Aid money going? Of course we already know the answer …

How is this a surprise to anyone? Terrorist organizations and corrupt governments (save Israel) run everything in that part of the world. The brits could set up their own delivery pipeline directly for the aid but they’d have to police it every step of the way.

I do not believe that it is an accident in any case. The brits want influence with those organizations and thus funnel the money through proxies to whomever is the real muscle.

Solution? Give the money to the Israelis to distribute (they’ll vet it better than the brits ever could) or stop aid. It’s not like Israel would allow another country to invade any of the land controlled by the palastinians so the palastinians are safe from anyone but themselves.

They can spend their arms money on improving their own lot. What happened to all the infrastructure Israel left behind anyway?

PS Just once I’d like to see a report that said, “Money earmarked for terrorist families goes to improve water treatment plant instead”.

Nothing new.
AG Eric Holder extorted big bucks from the big banks and immediately turned those monies over to Liberal activist groups. No government oversight whatsoever. Immediately afterwards we, the people, were treated to the sounds of groups chanting on New York City’s streets “What do we want? Dead cops! When do we want it? Now!” Followed mere days afterward by the assassinations of NYPD officers Ramos and Liu.

Money is fungible. Any aid simply frees up capital to be used elsewhere. In that case of the Palestinians and especially with the very close relationship all factions have with Hamas, any money given eventually means some extra money goes towards attacking Israel. There is only one way to prevent it. Give nothing.

Well, what the hey – it’s only murderous rampaging Muslims/Palestinians who are being funded. We can certainly overlook that.

Get a grip – it’s not like that money is going towards bigoted Christians or Jews.