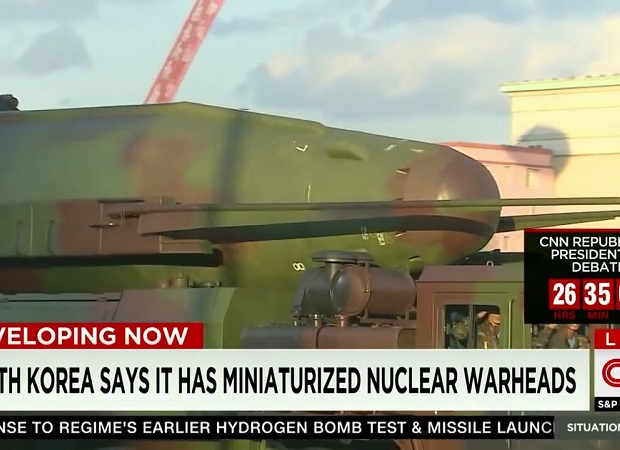 Communist North Korea is heavily involved in training and arming the Islamic Republic of Iran and its Islamist allies in the Middle East. According to recent revelations by former US intelligence officer Dr. Bruce Bechtol, North Korea has a more extensive military partnership with Iran, Syria, Hezbollah and even Hamas — than previously thought.

In the past, North Korea has supplied Scud missiles to Iran and is currently playing a key role Iran’s domestic missile program. According to Bechtol, who is also president of the International Council on Korean Studies, Islamic Republic’s missile program would be “non-existent” without the help of the Communist Regime of North Korea.

Nuclear proliferation and illegal arms trade makes up to 40 percent of North Korea’s economy. Iran has been paying impoverished North Korea in much needed hard cash and oil supplies. The Obama-Kerry Nuclear Deal that gives Iran $100 billion in previously frozen funds as well as greater access to international banking system, will inevitably boost this clandestine relationship.

Hamas’s attack tunnel in Gaza, Hezbollah’s Scud D missile stockpiles in southern Lebanon, and the Fordow Iranian nuclear facility, dug into a mountain, all have one thing in common. None of them would exist in their current form without North Korea’s assistance and worldwide weapons proliferation network.

Within the past two years, at least two long-range missile parts shipments from North Korea arrived in Iran, he said. Iranian technicians traveled to North Korea for help in developing an 80-ton rocket booster.

Then, more missile parts arrived in the Islamic Republic in the fall of 2015, he said. “Conventional weapons sales to Iran began in the 1980s, picked up steam in the 1990s, and have “really gotten big since the start of the Syrian civil war” in 2012, Bechtol said.

This week, Iran has test-fired multiple ballistic missiles, in its latest show of regional force, and in violation of UN sanctions on Iranian missile development.

Yet Iran’s missile program would be nonexistent had North Korea not helped it develop and manufacture projectiles based on Pyongyang’s Nodong missile prototype.

Missiles and rockets from North Korean factories — including 122 mm., 107 mm., rocket-propelled grenades and SKS semiautomatic rifles — also find their way into the hands of Hezbollah fighters.

According to Bechtol, North Korea has provided high level of sophistication to the Lebanese terrorist group, which now operates an vast underground network of command and control bunkers in southern Lebanon.

Since 2006, around 100 Hezbollah commandos have travelled to North Korea for a year-long training in guerrilla tactics. North Korean military advisers are also stationed in Iran, and occasionally travel to Lebanon to instruct Hezbollah. However, most of the terrorist training takes place within Iran.

North Korea is also replenishing Iran’s Syrian ally Assad’s arsenal. Assad Regime’s scud missiles, Tanks, rocket launcher and even chemical weapons have North Korea written all over them. “From the cradle to the grave, North Korea has been helping the Syrians”, says Bechtol.

With increased clout and replenished war-chest as direct result of the Nuclear Deal, Iranian Regime enters the Islamic power game with more vigour and Communist North Korea is going to be its one-stop shop for its Nuclear Program and deadly gadgets.

I’m no strategy expert, but it’s not hard to imagine a starving dictatorial county like NK would be willing to send warm bodies under the radar to participate in the Middle East. And the warm bodies would probably be willing in order to defray starving for themselves and their family.

Not sure the little dictator of North Korea wants to die. Iranians, however, believe dying a martyr will usher them into paradise. Little Kim likes the perks of living too much. Obama just gave the Iranians $100 billion plus to get expedite their trip. Unfortunately, they will likely take many of us with them.

We have our own little regime here at home that sees the Axis of Evil as being comprised of tea party members, congressional Republicans and the nation of Israel.