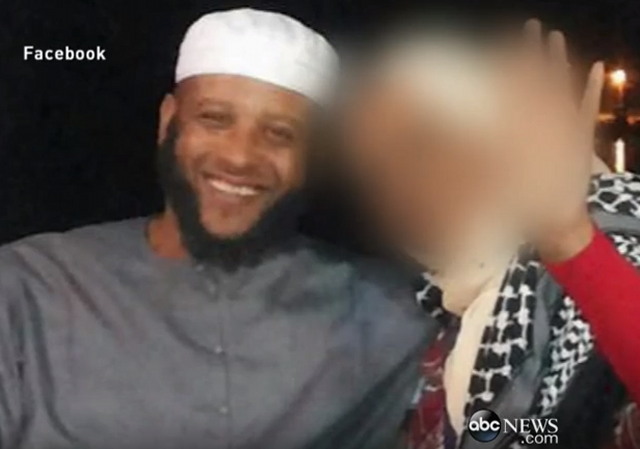 An American Air Force veteran from New Jersey has been found guilty of trying to join the terror group ISIS.

It’s upsetting when anyone does this but particularly when it’s someone who served in our armed forces.

FOX News has the story:

A federal jury on Wednesday found an Air Force veteran guilty of trying to join the Islamic State, in one of the first U.S. terror trials involving suspected ISIS ties.

Defense lawyers say the Neptune, New Jersey man didn’t intend to find the terror group a month after he lost his job as an aviation mechanic. But prosecutors say Pugh was preparing to reject the country he had served in the Air Force from 1986 to 1990.

Pugh appeared calm while the verdict was read in the Brooklyn, N.Y. courtroom. He never took the stand during trial testimony.

He faces up to 35 years in prison on the charges of attempting to provide material support to ISIS and obstruction of justice.

Last week, an undercover FBI agent posing as an Islamic State sympathizer testified that he was wearing traditional Muslim religious clothing when he sat down next to Pugh at Kennedy Airport last year, in an area where people waited to be cleared to enter the United States after a trip abroad. He said Pugh told him he had been sent back to the U.S. from Egypt.

According to the New York Post, Tairod Pugh isn’t getting any sypathy from the prosecution:

A former Air Force veteran betrayed his country and uniform by embracing violent jihad and plotting to join ISIS, Brooklyn federal prosecutors said in closing statements at his trial Tuesday.

Hoping to secure the first conviction of an American for scheming to join the terror group, prosecutor Tiana Demas told jurors that Tairod Pugh immersed himself in terrorist propaganda and ultimately hoped to wage war.

“Now is the time for the defendant to be held responsible for his crimes,” she said in front of a packed courtroom.

When are we prosecuting the officials that fed weapons and supplies to ISIS going to be charged? Let me know when that happens.

I would argue the ultimate betrayal of a nation by a person in a position of leadership. Some contemporary, but historic examples:

-Barack Obama (What needs to be said? But a sample:)
Sheriff Babeu: Obama has ‘handcuffed’ Border Patrol
http://www.azfamily.com/story/31416401/sheriff-babeu-obama-has-handcuffed-border-patrol

-Angela Merkel (REALLY, what needs to be said?

And, now, the US Army:
Judicial Watch: Documents Reveal US Army Indoctrinated Soldiers on Dangers of ‘White Privilege’
http://www.judicialwatch.org/press-room/press-releases/judicial-watch-documents-reveal-us-army-indoctrinated-soldiers-on-dangers-of-white-privilege/

Is immersing oneself in propaganda a crime? How about “hoping to wage war”? Seems a bit vague.