Brussels-style attack on UK ‘not a case of if but when’, say British intelligence agency MI5 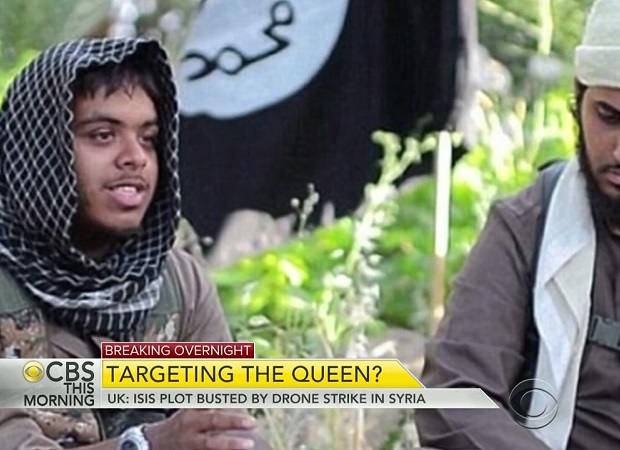 British intelligence agency MI5 is reportedly tracking up to 25 ISIS terror plots threatening to bring Brussels-style devastation on to British streets. Security forces have increased surveillance on as many as 50 Islamists believed to be planning eminent terror attacks in the country. Despite ramped up counter-terrorism measures, senior security officials fear that there might be other undetected sleeper cells in the country capable of carrying out terror attacks without prior warning.

In a related development, British government has raised concerns over a potential attack on country’s nuclear power plants. Officials warned that ISIS terrorists operating on British soil could try to get hold of nuclear material or carry out cyber-attacks on nuclear reactors.

After the Brussels terror attack that killed 32 people and injured more than 300, ISIS released a video warning that attacks in Belgium were “just a warning” and “only a taste” of what is in store for the future. British newspaper The Sun writes:

More than 50 jihadis are suspected of being involved in planning attacks across Britain, and are among a reported 450 extremists living in the UK.

MI5 and counter terror cops believe “sleeper cells” could be waiting on orders to unleash mass killings on our streets.

Intelligence officials are reportedly tracking up to 25 serious plots in support of ISIS or Al-Qaeda. (…)

Security services monitor the roughly 450 suspects so that they are always aware of their general movements even when they can’t watch them 24 hours a day.

But close to 50 of them under even more intense scrutiny by MI5 and police teams.

It is believed the up to 25 investigations into possible terror plots against the UK are being re-prioritised every day.

Daily Mirror quoted a former British intelligence officer saying, “Everyone in the counter-terrorism community believes an attack in Britain will take place,” revealing that a major terror attack was not a case of “if but when.”

After last week’s terror bombings carried out by ISIS in Brussels, Britain has every reason to be worried about an impending attack. An ISIS operative linked to Brussels massacres had also scouted and photographed a shopping complex in the city of Birmingham, UK.

Britain has responded to recent terror alerts by beefing up security presence at prominent landmarks, airports and train stations. Some 2000 additional police officers have being brought on the country’s streets. A newly-constituted elite SAS team of the British Army will be on permanent standby to repond to unfolding terror attacks anywhere in the country. An airborne Special Forces unit is also being trained for various terror scenarios.

Rolling out an array of security measures, however impressive, will fail to stop the rising tide of Islamist terrorism in Britain and Europe as a whole. In Britain, not only mosque or Islamic organisations increasingly promote ISIS-like agenda; country’s schools, prisons, and government services have been infiltrated by radical Islamist elements in Britain. Meanwhile, governments and politicians across the world are still reluctant to expose the real nature of Islamist threat to the democratic and civilized world.

It is about time UK and the West fought the ideology of Islamism at its very roots and stop combatting terrorism on piecemeal basis.

Watch: ITV News reports on increased security across the UK after Brussels attacks

Vijeta Uniyal is a Europe-based Analyst

“It is about time UK and the West fought the ideology of Islamism at its very roots and stop combating terrorism on piecemeal basis.”

Yeah, well that’s a statement of the obvious.

They are not ready to do it, however. Not here, not in Europe, not essentially anywhere in the West with some few exceptions, such as Israel, Poland, and a very few others.

The Chinese have thousands of years of a history of waging war on anybody who doesn’t belong to the Han family.

Again, the real problem is less the 50 or so guerrilla warriors in England already plotting attacks, and more the tens of thousands of “law abiding” Muslims who will shield the radicals and allow them to operate and move from place to place outside of the detection of the authorities.

Those cops have ammo, right?

Gee, it might be beneficial if individual citizens could arm themselves and defend themselves, possibly saving lives while the police are trying to get through London traffic.

Maybe this’ll wake the British up, and they’ll allow another Churchill to save them.