And if Donald Trump Were an Ice Sculpture 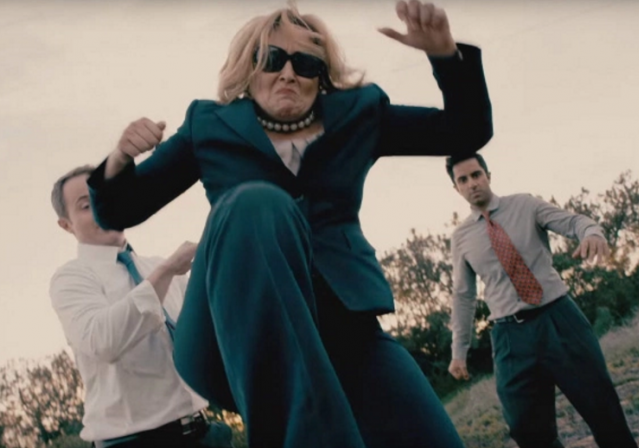 In this edition of Today in Political Attack Ads, “Hillary Clinton” goes gangster on a printer, the PAC wars heat up to melt a life-sized Donald Trump, and the Club for Growth doesn’t mess around.

It feels good to be a Clinton

A spoof from a relatively famous scene in the movie Office Space, Hillary and gang whoop up on a server. Pls print.

Particularly impressive is that someone had to commission a Donald Trump ice sculpture for this ad to happen.

A bit more pro-Rubio than anti-Cruz, but it still counts.

There’s nothing Conservative about Donald Trump

It’s not a printer, it’s a server. A printer doesn’t make sense.

Understandable confusion. In the movie that inspired the add it was a printer that kept failing that was destroyed with baseball bats.

Brilliant ad. The 1:1 substitution of “Clinton” for “Gangster” is inspired.

Oh yeah. In the movie it was a fax machine. In the ad it’s a server. Not hard people.

Uma ought to have been in the email server curb stomp recreation.