Life in the spin room

Life in the spin room

Behind the media curtain of last night’s Republican presidential debate 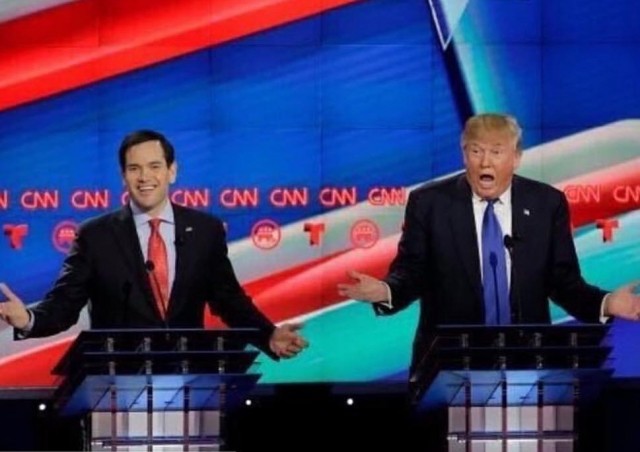 Thanks to road blockades and a protestor parade, I barely made it to the Republican debate media check-in before the cut off. I ran across two parking lots and Froggered my way through gridlocked traffic in three-inch heels, but I made it. Perks of being a city girl.

After filing through security, (actual security, you know the kind where they dig through your belongings and carefully examine your chapstick, open your bottle of Tums, play with your computer, and finally give you the go-ahead?) I popped into the ladies room to make sure my heeled-jog through campus hadn’t disrupted my appearance too terribly.

Next stop? Scope out the food situation. Texas BBQ? Yes, please! But the line was too long. Best to get settled and come back later.

Google sponsored the Republican debate at University of Houston so the spin room was Googled to the max. TVs stood every few rows, sidebar projections with up to minute analytics served as real time score boards, maps showing the most frequently searched candidate by county — all kinds of neat little digital information to be found in any and every direction. I found my assigned seat number and was greeted by a few lovely little goodies. 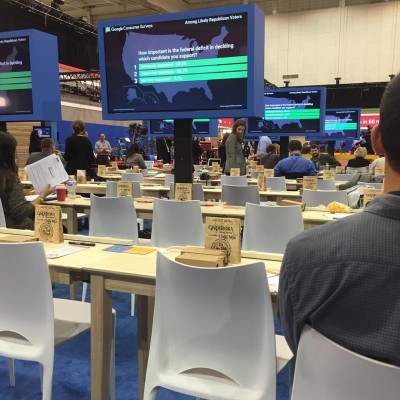 And that’s as exciting as it gets.

Blogging from an assigned set, in a long row, seated next to other media members — that’s it. The food offerings, wifi reliability, and parking situations change, but the rest is uniform. There’s seldom drama. Little chatter — it’s hard to talk and write at the same time. Everyone tending to their own assignments, deadlines, and expectations. 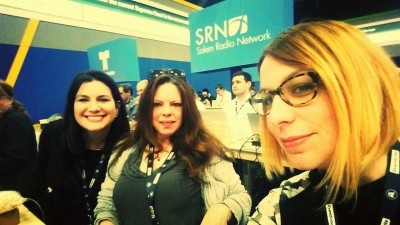 Most of the action is reserved for the candidates who eventually make their way down the press line and on to pre-scheduled interviews. Some stop and chat. Many don’t. This is where you hope the guy standing next to you showered because you’re likely to get shoved under his armpit while dodging boom mics, cell phones, and tape recorders. 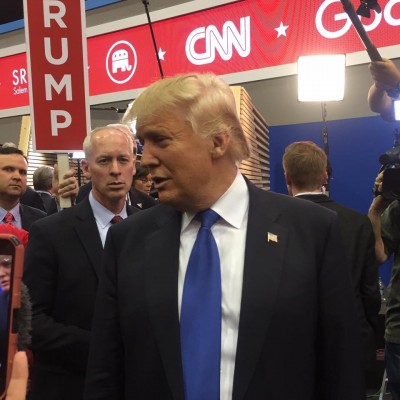 I’ve been in the media world for a relatively short time. October of last year marked my four-year blogversary. I’ve been fortunate enough to attend many events, interview more candidates than I can count, and be part of what was once hailed as the fourth estate or fifth estate, depending on how we’re defining it.

Sitting in a basketball court (coincidentally the same basketball court that hosted my high school graduation) turned national media hub, munching on cookies and cream popcorn (which was a-mazing, by the way), it occurred to me that within this quiet, seemingly innocuous space sat the power to make and crush dreams, to alter the course of history, catapult candidates into the White House, or destroy the most qualified.

In that moment, I was awed.

It’s on obvious reality. I get that. But when it is what you do and your daily objective, the importance of that responsibility tends to get muddled. The responsibility that comes with influence is not one to take lightly or for granted. It’s also an incredible privilege. I’m thankful for the role I’ve been given; that I have an opportunity to serve by elevating truth.

I’m not a reporter, even though sometimes I report. Neither am I a journalist. I’m a blogger, which I’d argue is preferable. We get to judge reporting for veracity, make corrections when they’re necessary, and criticize when it’s right to do so. We’re allowed a sense of humor, use gifs, and connect with readers on a personal level. It’s truly a wonderful life.

It was worth putting on real pants and schlepping out to a terrible part of town for that reminder alone. I pray I remain ever humble and mindful of the task I’ve been given.

As far as debate winners and losers? The real winner last night was the popcorn.

Did it seem like a cage match from where you were sitting?

It was not a boring debate by any stretch. I think “cage match” pretty much sums it up, yes.

Ho hum. Did you feel a tingle up your leg?

No tingling legs. Should that happen, I’ll call my doctor immediately. Sounds serious.

I already early voted in TX. I have known since I voted for the man to be my senator whom I was going to vote for as my GOP choice. So, the debate here in TX was pretty meaningless for me too.

A wasted or subversive vote, given that O Canada Cruz is not a natural born citizen:

I had to choose from a group which includes a crude, lying carnival barker who gives no details about how his pronouncements are going to work, and whose speeches and interviews clock out at between 3rd grade and 6th grade (maximum) in Fleischmann-Kincaid Grade Level analyisis, a “Canadian”, a “Cuban”, the idiot Democrat from Ohio, and Dr. Ben Carson, a truly fine individual and a natural born citizen who unfortunately doesn’t have a chance to win at this point.

I’m taking my chances with the “Canadian” who loves the US Constitution, and hope he asks Dr. Carson to help him dismantle and replace Obamacare.

I’m glad you’re getting to do things like this – sounds like a hoot! And of course, we appreciate your on-the-spot coverage.

I just hope you stocked up on dumpster-fire .gifs while you were there. It’s going to be a looooooong eight months 😀

ALL the dumpster fire .gifs! And thank you. 🙂

This was interesting, and I appreciate, really appreciate that you kept it candidate neutral. That doesn’t happen very often, because putting a spin on just about anything is basic human nature. I’m thankful for the role I’ve been given; that I have an opportunity to serve by elevating truth. But remember, this has always been, and will always be the truth from your perspective. But thanks anyway for posting this, I just hope you don’t get dizzy in the spin room.

Thank you for your kind words and the reminder. Always appreciated, sincerely.

I want to know how many calories are in that “cream popcorn.” As a popcorn lover, because it’s a low-calorie snack, would love to see if it would fit my perpetual diet. 🙂

Haha. I’ve chosen not to care. Probably more calories than is right for popcorn, but definitely worth each one.

Missed your chance to get behind the salon radio idiots and scream that hillary is a liar and murderer.
Look for better background next time you take your picture please. KThnxbye.