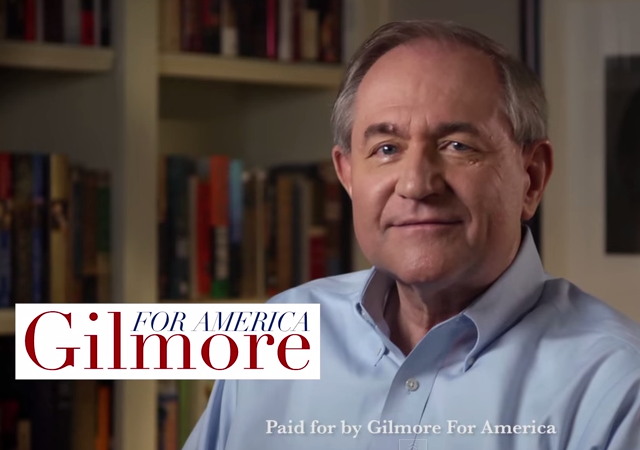 THIS IS WHAT HAPPENS WHEN YOU DON'T LET GILMORE DEBATE: https://t.co/9CNy61xOIm

Who gets his 14 supporters? https://t.co/3PYID5BduD

For those of you playing at home, Gilmore has now shown himself to be more of a realist than Kasich, Bush, and Carson…

Gilmore's departure opens up a lane for some other candidate no one had ever heard of.

The former Virginia Governor has an impressive resume, but never managed to gain any traction in the crowded Republican primary. He was always gracious, good humored, and appeared to enjoy glad-handing with the good folk of this country. Though he may be gone (from the race), he will not soon be forgotten. Actually, that’s not true. But we’ll pretend.

LET IT BE REMEMBERED that Jim Gilmore ended this race placing 7th out of 17 candidates, outlasting 3 Senators, 6 Governors, and Carly.

He was running? I thought he dropped out last July.

I think he got outpolled by “Other,” in NH.

Good. PinkFloyd can use him back.