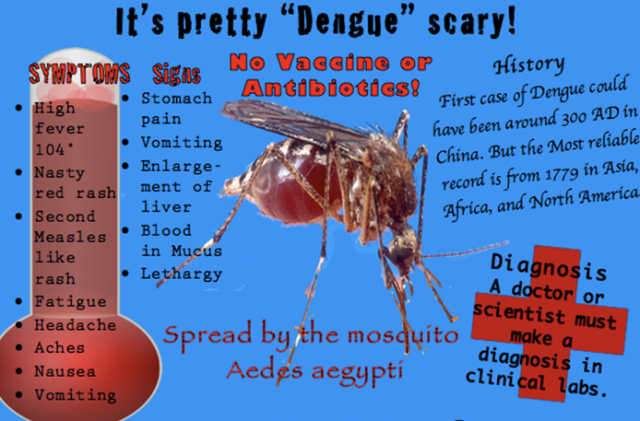 As of Friday, Feb. 5, a total of 250 individuals had been infected with the dengue virus since the beginning of the outbreak. Three of the individuals remained “potentially infectious” on Friday. Hawai’i Department of Health officials will update the numbers again Monday afternoon.

As with Zika, specific mosquito species are the carrier or the virus. Dengue fever is characterized by an array of symptoms, including high fever, severe headache, severe pain behind the eyes, and joint pain. A variety, known as dengue hemorrhagic fever, may be fatal.

As with Zika, standing water associated with discarded tires is a contributor to this crisis. In this case, Hawaii County will prohibit the acceptance of tires at its landfills.

Just prior to this outbreak, citizens of the citizens of Puuhonua (a city of the Big Island) met to discuss other vector control options.

I anticipate we will be experiencing more dramatic disease outbreaks in the next decade. In part, it will be because hosts and pathogens have adapted to our new way of life.

However, in other areas of the world, a contributing factor may be related to returning to a more Medieval lifestyle. Conservative talk show host extraordinaire Tammy Bruce offers a glimpse into what Europe is now experiencing with its refugees.

…Up until the million-plus fighting-age Muslim men from Syria and Libya poured into Europe, the civilized world presumed the barbaric behavior of terrorists was limited to some freakish fringe of the Islamic world.

But what if it is a natural outgrowth of shunning normal civilization brought by an adherence to a backward, Stone-Age view of life? That is, after all, an excellent way for a few elites to control a massive population, no?

The misogynistic treatment of women, the execution of gays, the enslavement of foreign workers, the imprisonment of ‘heretics,’ and of course, murder of infidels, is well known throughout the Islamist world.

But another simple sign of backwardness is, well, literally making a toilet of Europe.

It’s the 21st century, and while Germany is dealing with the importation of a rape culture, they’re also finding if you have disdain for basic norms in the civilized world, you apparently also don’t like using toilets.

One would think the habit of migrants relieving themselves in public, on the street, in subway cars, in showers, and on floors in buildings would demand an intervention of some sort. Oh, like realizing if there’s going to be any assimilation, then teaching these people that defecating in public isn’t acceptable in Western civilization might be a good idea.

Tammy also notes that Turkey had to issue a fatwah allowing Muslims to use toilet paper.

There is a wide array of parasites, viruses, and bacteria that can be transmitted via human feces. Many of these illnesses cause severe diarrhea, which is a leading cause of death among children around the world.

It appears that Europe may be headed Back to the Future!

After recreating public health conditions reminiscent of the “Dark Ages”, do not be surprised if Medieval diseases return.

Maybe Hawaii thinks it will miss out on the coming cash cow of Zika.

The scary thing is that there are a ton of liberals who are praying those diseases return so “we can decrease the surplus population.”

“As with Zika, standing water associated with discarded tires is a contributor to this crisis. In this case, Hawaii County will prohibit the acceptance of tires at its landfills.”

See, this is the typical “brilliance” of bureaucrats. Nope, no more tires (that we can quickly bury completely) coming to our landfill. Nosirreee, you just keep those around your homes and farmsteads, instead. Oh, HELL NO, you can’t burn them. That would be nasty for the environment. Dump them in the sea?!?! What kind of monster ARE you???

As you often do, you took the words out of my mouth. I came here to write exactly that.

After watching hundreds of prescription medication ads showing the before and after taking of ZYQportranixxX the Wonder Drug, the side effects sound a lot worse than the disease.

I’ll let my body fight off a fever with Vitamin D (sun) and water.

It seems to me that people have become obsessed with disease and health care/remedies because of constant advertising.

I’ve seen those habits (not using toilets) in India and am not too surprised to hear they extend beyond the Indian subcontinent. The Islamic angle makes it even more difficult. The filth in the streets and fields is hard to imagine if you haven’t seen it.

There are ways to use DDT without the massive spraying that might have caused the wildlife damage. Such as spraying wall inside houses.

I doubt if you will be surprised to learn that, unless the situation has changed, the UN World Health Organization refuses to allow the use of any DDT. They even threaten to refuse all funding to countries that want to use DDT as I noted above.

If you look at the islamic culture in toto you see that it is basically 7th medieval (dark ages) and arab tribal. And they want to pull the rest of us, kicking and screaming, back down into that cesspit. No thank you, we spent a thousand years clawing our way up to civilized behavior.

Seems like it would be a heck of a lot easier to spray all of those tires if they were in the landfills rather than having to go house to house searching for them.