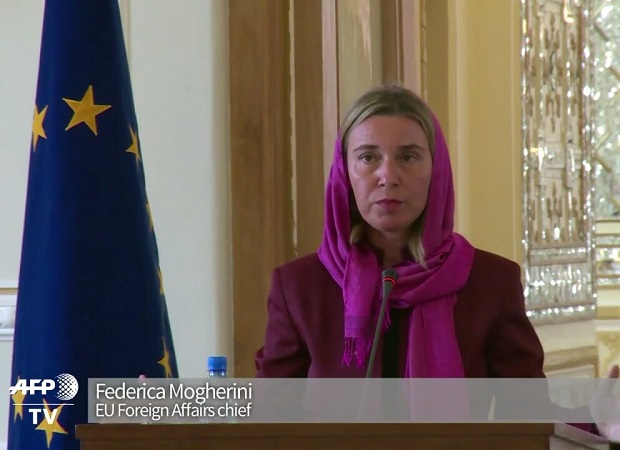 According to the head of Iran’s state-run oil company NPC, two leading German companies are set to invest a total of €12 billion in Tehran’s petroleum and gas sector. The latest agreement could make Germany the first big foreign investor in Iranian oil sector, after the nuclear deal was signed seven months ago.

Once the deal is finalized, these German firms will start setting up petrochemical plants in Assaluyeh in southern Iran. Mullahs in Tehran plan to get 6 unfinished petrochemical projects off the ground, which could double Iran’s annual oil revenue.

Germany has been the biggest European beneficiary of the Iranian Nuclear Deal. As German companies hoping to get up to €6 billion in back payments from Tehran, once country’s banking assets are unfrozen as part of the Obama-backed deal.

This week, Iran’s Government spokesman claimed that the Islamic Republic has gained access to $100 billion in overseas assets. This is a good news for terrorist organization like Hamas and Hezbollah as well as Assad’s genocidal regime in Syria. As the Shia-Sunni civil war within Islam heats up, Iranian Mullahs would be free to write fat cheques to their terrorist allies and proxies across the Islamic world and beyond. Associated Press reports:

Iran said Monday it now has access to more than $100 billion worth of frozen overseas assets following the implementation of a landmark nuclear deal with world powers. (…)

Iran’s semi-official ISNA news agency meanwhile quoted central bank official Nasser Hakimi as saying nine Iranian banks are now reconnected to SWIFT, a Belgian-based cooperative that handles wire transfers between financial institutions. No foreign banks operate in Iran, and ATMs in Iran are not yet linked to the global system. (…)

“These assets ($100 billion) have fully been released and we can use them,” Nobakht said in comments posted on the website of state-run Press TV. He said much of the money belongs to Iran’s central bank and National Development Fund. He said Iran will not bring all the money back because it can be spent on purchasing goods. [AP, 01.02.2016]

Last week, European cultural submission before the stone-age theocracy of Iran was on international display. In Rome, the organizers scrambled to make the Western history Sharia compliant as they covered up artefacts and statues behind make-shift wooden panels, including the famous 3rd century statue if Venus, to avoid offending the visiting Iranian dictator.

This is consistent with European attitude towards Islamic Supremacists. When in Iran, senior European female delegates — even EU’s Vice-President and Foreign Policy chief Ms. Federica Mogherini — cover up their ‘offencive’ femininity in keeping with the Mullah’s ‘Guide to Dressing Up.’

As young Ronald Reagan told Americans at the height of the Cold War with the Soviet Empire in 1964, if America failed confront the Communist tyranny; so “when the time comes to deliver the final ultimatum, our surrender will be voluntary. Because by that time, we will have weakened from within spiritually, morally, and economically.”

Under the leadership of President Reagan, America stood up to the global Communist aggression and the once-mighty Empire in the East was confined to the ash-heap of history.

Today, with ‘left-overs’ of the European Left running the continent, an emasculated Europe is offering its surrenders to any tyrant who would care to accept it.

And if Europe fails to stabilize its society in wake of the migrant influx, it won’t be enjoying the paltry fruits from the Iran deal anytime soon.

(Writer is an Indian Journalist based in Cologne, Germany)

Those investors are getting into bed with hostage takers. It is a really dumb idea.

Fair point, but, I see it from another angle — the country that perpetrated the Holocaust and engaged in horrifically sadistic acts motivated by virulent anti-Semitism, now engages in economic deals that confer legitimacy upon and enrich the autocratic, virulent anti-Semitic Iranian regime that threatens Jews in Israel, both by rhetoric and by terrorist deeds.

Germany needs the money to pay for all of the litigation that will ensue from their open borders policy and their Bernie Sanders Socialist policies.

Germany needs dirty money to pay for all of the litigation that will ensue from their open borders policy and their Bernie Sanders Socialist policies.

No wait! That’s my twin sister.