and you’ve been nailed. 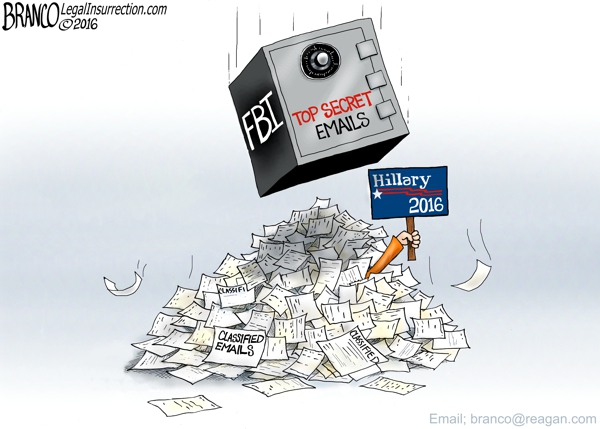 I sure hope you’re right. The Clinton’s are a mafia organization. I’ll believe it when I see her in prison or at least so disgraced, she’ll leave the country.

“The Clinton’s are a mafia organization.”

So are the Obamas. Omertà may well prevail.

Clinton’s IT tech pleaded the 5th to avoid being question before Congress. If the FBI finds any confidential emails that were deleted from her server and if he was the one responsible for wiping it, Omertà will be replaced by Open Source.
There’s also the matter of the small, unsecured thumb drive which holds copies of her emails, of which, at minimum, over1300 are labeled as confidential. The drive was given to Clinton’s lawyer, David Kendall, for safekeeping. He has no security clearance and he will have a tough time invoking lawyer-client privilege on a matter of national security

I hope Hillary will soon know the gravity of the matter.

If she doesn’t do time for this then it’s time to scoff at any talk of the rule of law in this country.

We passed that milestone with the election of the ineligible Kenyan.

She will never ever see the inside of a courtroom. Her pardon was signed and put in a safe the day she became Secretary of State.

Kind of think the caption should be: “YOUVE GOT MAILED”