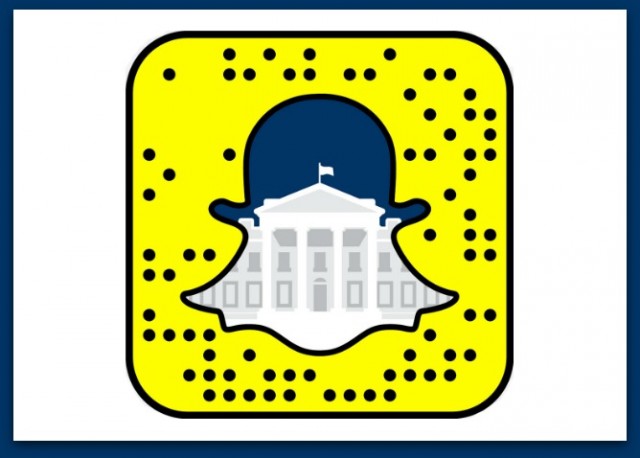 Beginning as an app that allowed users to privately share photo messages with friends, messages that would vanish after viewing (it’s biggest selling point early on), Snapchat quickly evolved to include video messaging, a chat feature, and most recently, Story Explorer.

Story Explorer allows users to take videos or photos and add them to their “Story”; essentially, the apps version of a public profile. Unique to Snapchat, Story Explorer has become more than a personalized user perspective and is now used by media outlets, brands of various kinds, and as of today — the White House.

At the White House, our digital strategy centers around meeting people where they are. This decentralized approach, in response to the proliferation of social media, aims to provide the American people with a multitude of ways to engage with their government. Recently, we launched the @POTUS account on Twitter and President Obama’s page on Facebook. Today, we’re excited to announce that this push is continuing, with the debut of the White House’s Official Story on Snapchat.

There are over 100 million daily active Snapchat users, and over 60 percent of American smartphone users between the ages of 13 and 34 use the platform. In light of the number of Americans who use the service to consume news and share with their friends, the White House is joining Snapchat to engage this broad cross-section of the population in new and creative ways. Tomorrow, our Official Story will take you behind the scenes of the White House’s State of the Union preparations, with footage and angles you won’t find anywhere else.

Naturally, I had to check this out.

The White House’s Story (as of the time this post was published), contains two short videos. Both are decidedly apolitical, thankfully. But they do provide a fun glimpse into a behind the scenes-type view of the White House.

The first video? Some fruit and the President’s desk. Yay. 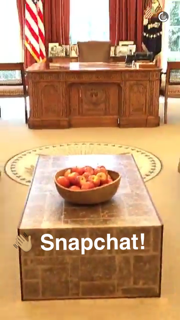 The second, a video of White House Press Secretary, Josh Earnst, moments before a press conference saying, “we’ll do it live.” 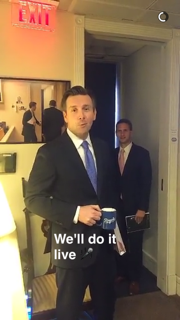 Here’s to hoping the account remains a politics-free zone and continues to focus on the White House as a function of government. Everyone will enjoy White House Snapchats better that way. I know I will.

“Here’s to hoping the account remains a politics-free zone and continues to focus on the White House as a function of government.”

And while you’re hoping, keep your head low because of flying unicorns.

A Bill O’Reilly on Inside Edition joke?

Oh, good! There’s another way I can be reminded of Obo the Clown’s usurpation of the White House.

Could this clown denigrate the office of the presidency any lower?

The world is a better place now.

When do we get to see “Mirror, mirror on the wall?”