Failure of “sever” Resolution another stunning blow against BDS and in favor of academic freedom. 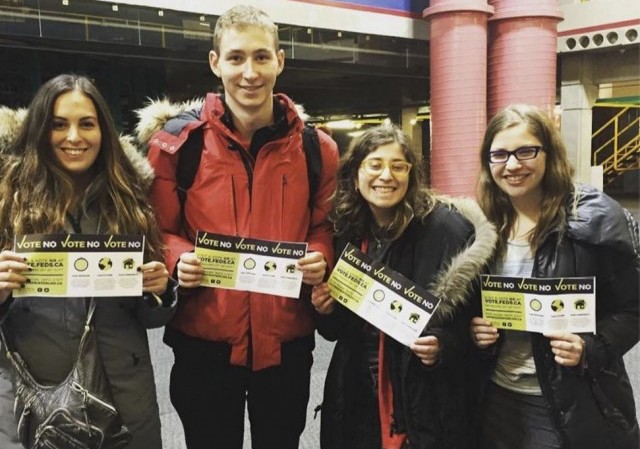 A coalition of anti-Israel students at the University of Waterloo obtained 4000 signatures to put a resolution to a full student body vote completely severing ties with several Israeli academic institutions:

In November 2015, the Federation of Students received a petition of over 4000 signatures to initiate a referendum for the following question:

“Do you think the University of Waterloo should sever ties with the following institutions due to their complicity in violations of the human rights of Palestinians: University of Haifa, Hebrew University of Jerusalem, Technion – Israel Institute of Technology, Tel Aviv University, and the Weizmann Institute of Science?”

The resolution would have been non-binding on the University, but would have committed student government to advocating for the boycott, including cancellation of a 2014 academic cooperation agreement with The Technion, frequently referred to as Israeli’s MIT.

This was not just a “divestment” resolution, it was a full-blown academic BDS resolution. The only other such vote I’m aware of in the U.S. was at Bowdoin College in May 2015, which overwhelmingly was rejected by the student body.

After an intensive campaign from both the “Yes” and “No” (also here) sides, the results were just announced by the student government:

The ballots have been counted, and many students at the University of Waterloo don’t want to sever ties with the institutions named in the referendum question. Vice-President, Education Stephane Hamade made the announcement at 12:30 p.m. in the SLC Great Hall.

“Following this result, the official stance of the Federation of Students is that we do not have a stance on the University of Waterloo severing ties with the institutions mentioned in the referendum question,” said Hamade. “This means Feds will not be advocating for this because of the results.

It’s interesting that just as at Bowdoin, far fewer students voted in favor of the Resolution than signed the Petition. At Bowdoin, anti-boycott students explained to me that students were hesitant not to sign a petition — any petition — when asked by another student. That makes sense, but also allows anti-Israel groups to exploit the referendum process by forcing the entire student body to vote.

The other interesting thing is that whereas the Bowdoin turnout was 85%, at Waterloo it was only about 15% of the total student body. Usually, when there is such low turnout BDS benefits. 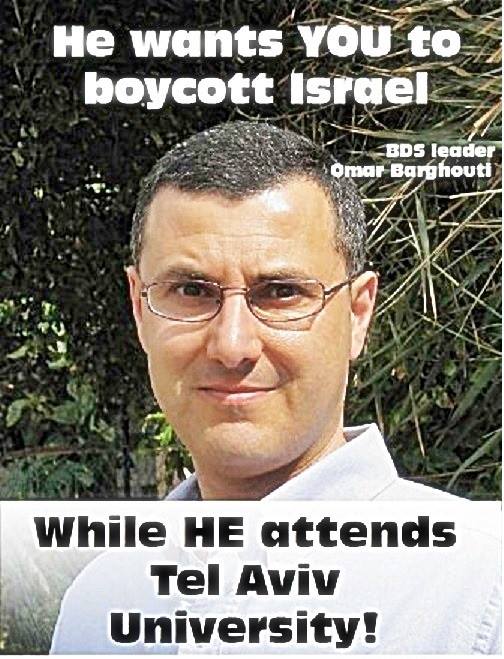 [Poster used by Vote No Waterloo]

Prediction: The BDS losers will claim victory because they forced the entire university to discuss boycotting Israel.

In the U.S., the American Anthropological Association is considering an academic boycott resolution. Perhaps those professors and researchers would learn something from the wisdom of the students at Bowdoin and U. Waterloo.

Oh! That BDS would be defeated in a real Waterloo moment and sent away for good would be my dream!

I breathe a little easier with each one of these votes.

You do not have to be Jewish to recognize, not garden variety injustice, which is clumsiness in procedure or handling the evidence, but hideous and dangerous injustice, driven by a desire to commit genocide.

Once a culture makes murder for trivial reasons (and religion alone or theft of property for purportedly religious reasons both count as trivial ), there is no way to contain the damage. The society will self-destruct.

Today is the last day to apply for Faculty Fellowship Summer Institute in Israel. If you know anyone on a university faculty who would benefit from seeing Israel first hand, send them this link.

The BDS goal is not just to boycott Israel but rather to implement so called “right of return”. It means return of 5-6 million Arabs back to Israel. It is not going to happen because that means end of Israel as Jewish state. Omar Barghouti co-founder of BDS interview 2010.
There is no rule in the world such as “right of return”. 20 million refugees moved in Europe from one place to another after WW2. Their entire claims to return were rejected by European courts.
The Arab refugees should be settled down in the countries they stay, like all other refugees in the world. UNHCR deals with those refugees.