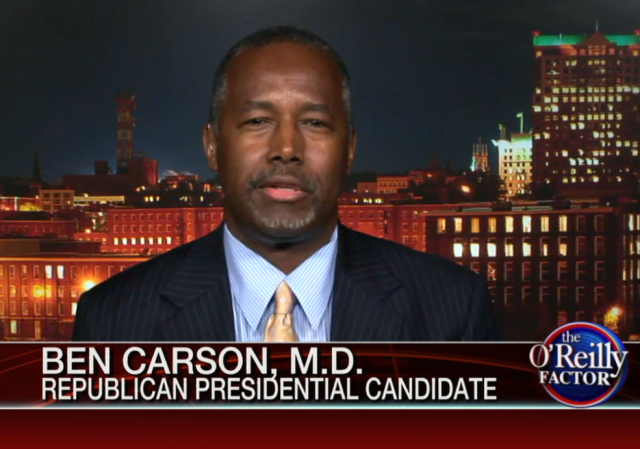 Just before the end of 2015, Ben Carson’s campaign manager along with 20 staffers quit.

Less than two weeks later, all New Hampshire paid staffers for a pro-Carson PAC, 2016 Committee, quit and left to volunteer for Ted Cruz.

Jerry Sickles of Keene, the spokesman for the staff, said he and the other four staffers recently came to the conclusion that Cruz is the conservative most able to win the GOP presidential nomination and the presidency. He also noted that Carson has spent very little time campaigning in New Hampshire, which became frustrating to him and the other staffers as they tried to build support in the state.

“We hold Dr. Carson in the highest regard,” Sickles said. “This is a man we revere, but we think it is important that our party nominate a conservative and get behind a single conservative who can win, and we strongly believe that candidate is Ted Cruz.”

Sickles said that joining him in leaving the 2016 Committee and endorsing Cruz are former state Rep. Tim Comerford of Fremont, Joel Lambert of Alton, Jaye Foster of Keene and Emily Lecuyer of Hampstead.

“The Paris and the San Bernardino attacks changed everything,” Sickles said. “I believe Republicans are looking for a voice that is more emphatic and has dealt with issues of national security. We believe that Ted Cruz is a conservative Republican in the mold of Ronald Reagan and understands Reagan’s three-legged stool of social conservatism, economic conservatism and strength on national security.”

Sickles also said the staffers “definitely noticed” that Carson has campaigned infrequently in New Hampshire. Cruz has not been among the leading candidates visiting New Hampshire, either, but he has been in the state more than Carson.

Sickles said that despite Carson’s sparse number of visits, since the summer he and the other staffers “made thousands and thousands of phone calls” on Carson’s behalf.

“We haven’t been fired,” Sickles said. “We just decided as a staff that this was the thing we should do at this point. ”It’s something we’ve been talking about among ourselves and we just decided that the timing is right to do this.”

“I can’t tell you how many times I would be out talking to voters who liked Dr. Carson but said, ‘Can you get him to come here?’”

While Carson was once a contender for the coveted title of “front-runner,” he’s now polling around 9% nationally and a paltry 3.5% in New Hampshire.

I think Dr Carson has a place in public discourse – I’d like to see him in some capacity in a Republican administration.

How much can it help Dr. Carson though if all the media ever has to say about him is only about who is quitting his campaign? That’s about all I have seen and heard out of them about Dr. Ben for the last few weeks. Memories of a campaign in previous years of Ron Paul’s? Trump’s every day news, as is Cruz. When was the last time you heard anything about Dr. Carson not campaign staff/people related?

Palin is pretty quiet these days.

Palin has been kind of quiet….wonder what’s going on in the background? Hmmmmmm.

Things are winnowing out, as anyone with any sense knew they would.

The process will continue, and it will largely inure to the benefit of the guy who’s been a gentleman in this thing: Ted Cruz.

Dr. Carson will continue to be an asset to the right side of the political spectrum.

I think we’ll see Carson in a cabinet position having to do with health care reform.

Too bad the winnowing process hasn’t reached Jeb! yet. He’s still holding on for a brokered convention.

I definitely think Carson can fit into a position in a Republican admin. He’s a good man.

I judge Carson to be an honest man of character and sincerity, which is to say he never had a chance.