With Cyber Technology, Israel again shows the world how to combat terrorism 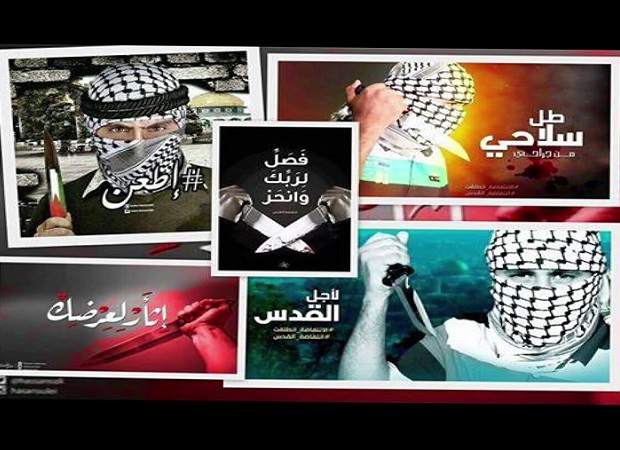 With the recent wave of terrorism unleashed on Israeli civilians, Prime Minister Netanyahu’s government is investing in technology to pre-empt “lone wolf” attacks. Since September 2015, more than 100 stabbings attacks have taken place and 29 Israelis have died, including an American teenager. The terror attacks in Israel are not limited to knife attacks alone, about 40 shootings and 20 car ramming incidents have also taken place during the same period.

Hamas and PLO-affiliated terrorist group are increasingly using Facebook and other social media platforms to recruit and direct attacks against unsuspecting Israeli civilians.

And Israel is doing what Israel does best — using cutting-edge technology to fight back terrorism.

Speaking at a Cyber Technology conference in Tel Aviv, Israel’s Public Security Minister Gilad Erdan said that the country is studying the modus operandi of these “lone wolf” terrorists, and devising tools to monitor social media and pre-empt such attacks. Jerusalem Post reports:

Erdan said that the current wave of terrorism is forcing Israel to deal with a new challenge. When the terrorism was directed by terrorist organizations, Israel knew well how to collect intelligence and thwart the attacks, he said.

But, he added, “today there is incitement on the Palestinian television and social media, and you find yourself against hundreds of thousands of potential attackers who could go out to kill innocent civilians,” adding that terrorist attackers over the last number of months have admitted the degree to which they were affected by the social media.

According to Minister Erdan, “[Israel] intends to invest more in the acquisition of resources and technologies that can help us reach the potential attackers.”

These analytical tools will detect patterns common to terrorists, as they change their profile pictures on social media, or write about their intention before embarking on a terrorist mission, or communicate with their circle of friends.

The term “lone wolf” does not fully describe the recent phenomena of ‘inspired’ attacks being carried out by Radical Islamist in the West. Many of these “lone wolfs” are exposed to radical Islam at an early age, often by their own parents and teachers — indoctrinating impressionable young minds about the ‘virtues’ of bloodshed and martyrdom. This infrastructure of hate is aided by television, internet and print media spanning the entire Arab and Muslim world. These “lone wolf” are just low hanging fruit marinating in the hate, now ready to be plucked by Islamic State and its affiliates.

The tactic of “lone wolf” perfected by Palestinian terrorists against Israeli and Jewish targets, has today become the weapon of choice for Islamic State and Al Qaeda, as they wage their global Jihad.

Israel has long been at the forefront of the war against terrorism. Faced with a vastly overwhelming threats, the Jewish State has prevailed by turning its vulnerabilities into strengths. Lacking in manpower and resources, Israel turned to technology, innovation and even improvisation to level the playing field. This has turned Israel into a world leader in high-end military technology. The tiny country at the edge of the Middle East has now rapidly turning into a global leader in Internet- and Cybersecurity — with applications in both defense and commerce.

With terrorist groups like Islamic State and Al Qaeda now proving their capabilities to hit at cities across North America, Europe and Asia; Israel can again show the world how to fight this terrorism in the age of internet and open border.

There is a guy on Twitter that has a proof of concept which geo-locates Twitter accounts associated with jehadi posts. Specifically jehadi not Arabic just text.

So you have a daesh account. Someone likes to retweet and post it flags the account as to where the post is located. Jehadi posts calling for violence against Americans out of Syria… Not an issue… The same post coming out of Hammond Indiana. Someone may want to have a chat with the guy.

this is overkill. It’s time for Israel to block access to social media sites e.g. YouTube, Facebook, Twitter, Instagram, et.al. to the PA and Gaza, prime conduits for incitement to murder Jews. If the attacks continue, close down radio and tv stations.Being merciful to the cruel has been disastrous for Jews.

Israelis tracking down jihadi social media accounts and using the information to combat jihadis is “overkill”, but cutting off all telecommunications to the West Bank and Gaza is OK?

Because that’s what it would take. If you have a phone line, you can get Internet. Yeah, dial-up is crappy, but it’s still Internet.

So Israel is going to do basically the same thing Google, Facebook and Twitter already do with people in social media that are not voicing the mantra of the far-left with the difference being that Israel will be contributing to an effort to stop violence.

Given the Israeli skill set, I see the thing being a bit more sophisticated in their methodology than those private companies you named because they will be a tad more direct and ruthless and not dealing with a bunch of pantywaist whiners. 🙂

“I send Instagram! Allhu Akbar!!” Boom, drone sniper homes in and turns Abdul’s head into a pumpkin. Then Mohammad’s, then Jamal’s. It would look like spilled contents of a vegetable wagon that had its contents decimated by herds of cattle and sheep wading through it. Unidentifiable remains. 🙂

Well, if Twitter is going to continue its inaction, allowing ISIS and other jihadist groups to spout hate and incitement in violation of their ToS agreements (inaction over which they’re being sued), at least some good may come of it.

I think this is stellar. Go full circle. Just locate them, aim, and take them out.

It could also be propaganda trying to scare the jihadis into chilling on thire planning and communications.