And the struggle to control it 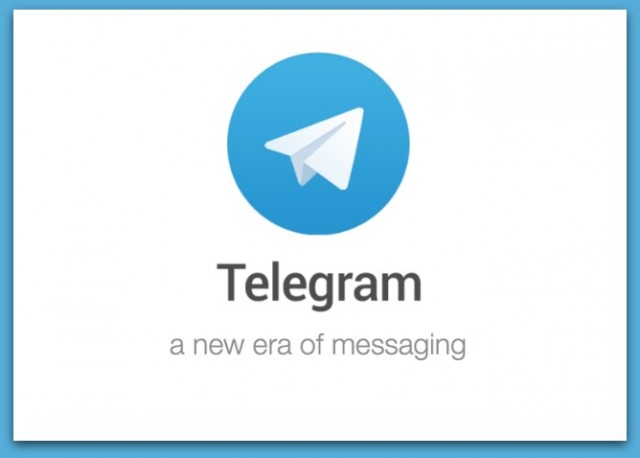 Forget Twitter, ISIS and other al-Qaeda offshoots are flocking to Telegram.

The popular messaging app has become an ISIS favorite for its encryption and sharing capabilities.

Telegram’s Channels Service, which was launched last September, allows messages to be transmitted to an unlimited number of subscribers and for users to break off into highly encrypted private and group chats. In the last few weeks IS militants and other jihadis have resorted again — but in even larger numbers — to the Telegram app to recruit, spread propaganda and, intelligence officials fear, possibly organize and plot attacks in chats that are invisible and can’t be monitored or decoded.

According to Steve Stalinsky, executive director of a jihadist monitoring research group based in Washington, Telegram has the potential to surpass Twitter as the messaging tool of choice for Islamic State and al-Qaida groups.

“The Taliban has created, for the first time, accounts on Telegram just in the past couple of days,” he says.

Berlin-based Telegram is the brainchild of Russian developers who’s encounters with the Russian government in previous endeavors made them reluctant to crack down on Telegram users.

The traffic and use of Telegram, which is based in Germany, is “shocking,” says Stalinsky, who runs the Middle East Media Research Institute (MEMRI). The app was developed by the brothers Pavel and Nikolai Durov. Pavel Durov, 31, is best known for having founded the social networking site VK, a Russian version of Facebook that earned him the nickname the “Mark Zuckerberg of Russia.” He holds strong libertarian political views and he says he lost control of VK to allies of Russian President Vladimir Putin after he refused to comply with Kremlin orders to provide personal details of VK users, including Maidan protesters in Ukraine, to Russian security agencies.

After the Paris terrorist attack in November, and under growing pressure, Durov blocked 78 ISIS-related accounts.

Apps like Telegram have found themselves thrust into a nasty battle over user privacy. As Dettmer pointed out, “U.S. and European officials have long complained that high-tech companies are in effect aiding and abetting terrorism.”

Some, like Apple, have devised work-arounds to keep the peace with federal intelligence agencies:

Last year, British spy chief Robert Hannigan complained they had become “the command-and-control networks of choice for terrorists and criminals — precisely because they are highly encrypted.”

After initial resistance to government complaints, Facebook, Google and Twitter have been readier to co-operate with authorities to remove extremist messages on their sites but have resisted providing a so-called backdoor for governments with encryption keys. Apple has developed keys that the users at each end of the conversation hold and are not possessed by the company itself and its chief executive, Timothy Cook, has argued: “If you put a key under the mat for the cops, a burglar can find it, too.”

The obvious solution is a partnership between tech innovators and the intelligence community.

Friday, top intelligence officials met with executives from some of the Internet’s biggest players in the hope of forming strategic partnerships in the war on terror.

The White House will attempt to enlist Silicon Valley’s major technology firms in its efforts to combat terrorism on Friday when a delegation of the most senior intelligence officials fly to California to meet with executives from companies including Facebook, Twitter, Apple, Microsoft, YouTube and others.

A copy of the agenda obtained by the Guardian indicates the White House seeks more or less to channel Silicon Valley’s talent into its war against Islamic State and other extremist groups.

Details of which companies would be in attendance were not published.

Meeting with web giants is a good start, but in the meantime, ISIS continues to utilize well encrypted technology to communicate, organize and recruit.

On Telegram, there are several channels now run by IS media groups Nashir, Fursan Al-Raf, and Al-Battar. A group titled the “Supporters of the Islamic State”, whose avatar is of IS leader Abu Bakr al-Baghdadi, was established on December 17 and within two days had 500 subscribers.

Sounds like we need to be taking out cell towers and ISP locations with bombs. I thought the first action in war is to ALWAYS sever any and all means of communication.

It’s very simple. If the government can read electronic communications, then so can everyone else. Law enforcement has many tools for catching bad guys. Opening up all of America’s electronic records to anyone who can download a 0-day script is unnecessary and hopelessly bad strategy.

I wish to return this record; it is scratched. Your hovercraft is full of eels.