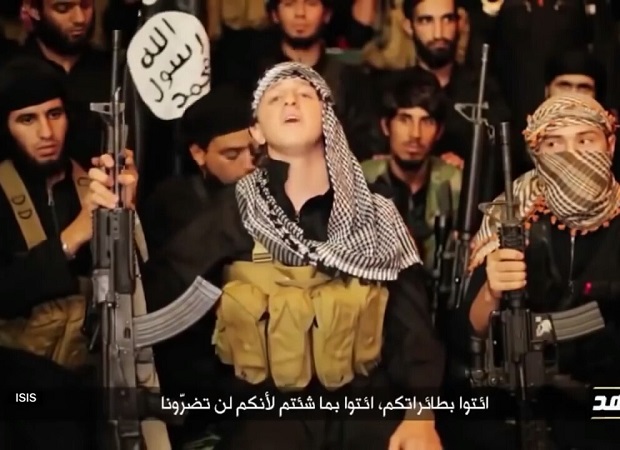 German newspaper Berliner Morgenpost reports that Germany’s capital Berlin is rapidly turning into an “Islamist stronghold” in the heart of Europe. Germany’s domestic intelligence agency BfV is monitoring some 680 Islamists in the city. The agency classified 360 of these Islamic radicals as capable of carrying out violent attacks. These figure where released by the City of Berlin, as local authorities launched several ‘social programs’ to ‘stop the radicalization of youth.’

The newspaper also confirmed that 50 Islamists have returned back to Berlin after serving in the ranks of the Islamic State. The Berliner Morgenpost doesn’t say, but these ISIS-returnees are most likely back on the dole and receiving tax-payer funded counselling from their social workers and psychologists, to help them cope with the trauma of having brutalized underage sex-slaves, beheaded infidels, and desecrated places of worship sacred to Christians or other faiths.

These revelations from Berlin coincide with the terror warning by EU’s law enforcement agency Europol. According to Europol, Islamic State may now have “hundreds of militants in countries across [Europe]” that are “ready to bring murder and mayhem to the streets.” London-based Daily Mail reports:

This militants have set up a specialist command after carrying out horrifying strikes against Western targets, including the machine gun assault and suicide bombings which murdered 130 people in Paris last November.

A report by Europol, the agency set up to share intelligence, crime-fighting techniques and bolster cross-border police co-operation, said there was ‘every reason’ to expect another IS attack.

It said: ‘There is every reason to expect that IS, IS-inspired terrorists or another religiously inspired terrorist group will undertake a terrorist attack somewhere in Europe again, intended to cause mass casualties amongst the civilian population.

The report compiled by Europol also warns of Islamic State’s plans to strike in Europe using “marauding machinegun-wielding gunmen”, much like the Mumbai terror attacks of 2008, a tactic repeated two months ago in Paris, France.

Since last year, Islamic State has repeatedly urged its followers worldwide to carry out attacks against Western countries using available means such as firearms, knife, and even vehicles to kill unsuspecting civilians. This tactic perfected by Hamas and other terror groups against Israeli civilians, has now become a weapon of choice for global Islamist jihad. Despite under-reporting by the mainstream media, these so-called “inspired” attacks are getting ever more common in the West.

But if past record in Germany is any indicator, the very instruments meant to educate and fight radicalization of Muslim youth end up as recruitment tools in the hands of Islamists. Using Religious education to combat Radical Islam in German schools is one such example.

As Germany faces the rising threat of Islamist terrorism, the sobering truth is that the country has failed to combat Radical Islam within its rapidly growing Muslim population.

Most tragic of all, Germany has failed to extend the hand of support to those brave Muslim men and women who dare to defy the violent fanatics within their own community.

The only surprise here is that the newspapers got around to reporting on this.

British Islamists have been living off of the British welfare system for years.

Perhaps it is time for these somnolent government agencies to wake up and listen to the locals who have risked their lives to give warning.

obama is doing his best to ensure that we have the same situation here.

A bit of perspective for those of you who do not know much about Al Qaeda. I would say the main difference between ISIS and Al Qaeda is that Al Qaeda waits for the opportunity to make a larger dent in Western civilization, whereas ISIS pushes forward all the time.

Al Qaeda trained approximately 18,000 foreigners when in Afghanistan. Most of them went home to wait for the call to action.

Imagine what would happen if Al Qaeda’s foreigners and the ISIS foreigners just happened to strike at the same time.

Yes, obastard method. “let’s make nice and all will be well. They’ll like us, and stop killing us.”

Most tragic of all, Germany has failed to extend the hand of support to those brave Muslim men and women who dare to defy the violent fanatics within their own community.

Have these ‘brave Muslim men and women’ asked for help from the German government, or German people? And what kind of help do they need? The only way to deal with violent fanatics is to remove them from the community. It would be helpful if the ‘brave Muslim men and women’ provided the names of the violent fanatics to the police, so they could round them up, and ship them back to some middle eastern hellhole, where they would fit in.

It’s time to re-open the gas chambers for terorists. There must still be Zyklon B gas laying around in Germany.

Given Merkel’s insanity, those gas chambers just might open again – for Germans.

This should only be a surprise to those suffering from Ostrich Syndrome. Unfortunately that seems to include the liberals/progressives who now control our government as well as all of those who believe that Islam is just another religion similar to the ones around them. We know this is not true and knowing that we can be sure the Islamic Supremacist terror groups won’t settle down and play nice if we find them jobs!

Unless a true conservative takes the election in November we had best be prepared to resist vigorous attempts to destroy the Constitution and rule by law from an ever more hostile government.