Experiment shows Facebook quick to take down anti-Palestinian incitement, not so quick on anti-Israeli incitement

Experiment shows Facebook quick to take down anti-Palestinian incitement, not so quick on anti-Israeli incitement 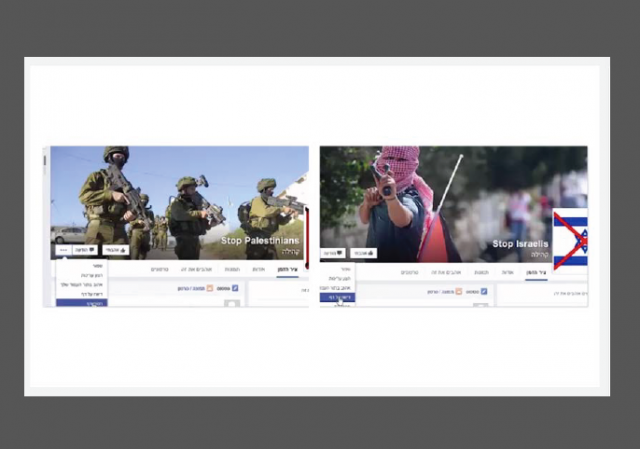 Is Facebook more tolerant of anti-Israel incitement than it is of anti-Palestinian incitement?

Shurat HaDin is a private Israeli law group that describes itself as follows:

Shurat HaDin is at the forefront of fighting terrorism and safeguarding Jewish rights worldwide. We are dedicated to the protection of the State of Israel. From defending against lawfare suits fighting academic and economic boycotts and challenging those who seek to delegitimize the Jewish State, Shurat HaDin is utilizing court systems around the world to go on the legal offensive against Israel’s enemies.

In 2014, The Tower Magazine profiled Nitsana Darshan-Leitner, the founder and chief executive of Shurat HaDin, The Woman Who Makes the Jihadis Squirm. 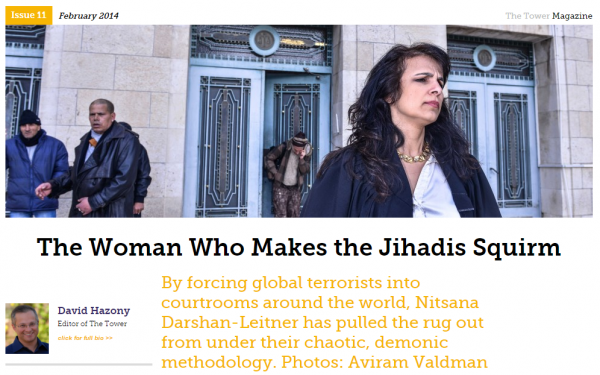 Shurat HaDin also is helping to build a cadre of lawyers around the globe to help in the legal effort by running seminars in Israel for lawyers, incouding THE ACTIVIST LAWYER’S TRAINING SEMINAR this March 7-13, 2016.: 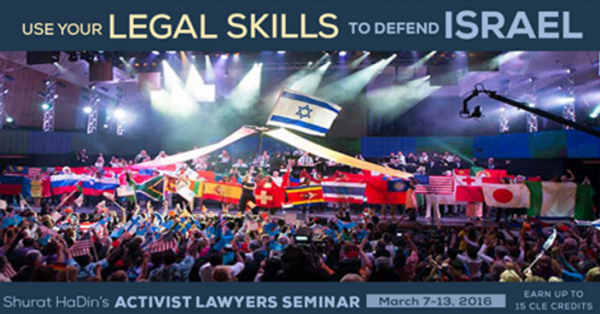 Shurat HaDin recently has taken on one location on the internet where Jihadists and anti-Semitic incitement flourish — Facebook. With Shurat HaDin’s help a lawsuit was filed on behalf of tens of thousands of Israelis seeking to stop violent incitement on Facebook of the type that helps perpetuate the current Knife Intifada. There obviously are interesting legal issues involved, and I haven’t tried to assess the merits of the lawsuit.

Shurat HaDin decided to run a test as to how Facebook enforces its community standards as to anti-Israel versus anti-Palestinian incitement.

As this video explains, two Facebook pages were created and then loaded with similar types of incitement posts, one anti-Israel the other anti-Palestinian. After there was a body of hateful entries on each, Shurat HaDin filed complaints simultaneously with Facebook about each page. The anti-Palestinian page was taken down by Facebook quickly, while the anti-Israel page was left alone.

Nitsana Darshan-Leitner, head of Shurat Hadin, said in a statement, “Facebook’s management is required to act immediately against the blatant incitement being waged for years against Jews and Israelis in the social network it owns and manages. The in-depth investigation we conducted proves beyond any shadow of a doubt that [Facebook’s] claims of equality in the face of its conduct against any individual or group of people are at best erroneous and false in the worst case.”

Since the video was released, Facebook took down the anti-Israel page as well.

I don’t think it needs to be “proven” that they are bias, but since it is only one test at one given moment then no it is not proof, it is however enough to conclude that further testing is warranted.

It does need to be proven, for the lawsuit. And it’s not just one test, it’s one of a series of such tests.

This is good, objective stuff. Follow it on with MORE.

And…….. It comes as no surprise! At least from my mind.

My question: how can you determine that others haven’t reported or flagged the site before you did – or in addition to your alert, perhaps simultaneously? More requests to take down a site often result in quicker actions. However, is it possible to know who else flagged the site? Not to my knowledge – and that is an unknown factor which could affect outcomes, and conclusions.

If that could be determined, it could show there is a bias by users, or a coordinated effort by certain segments to take down sites……as in radical Islamocists (or is it Islamists?) intentionally searching out sites that offend them…….and en mass requesting they be taken down.

A type of SJW-task to protect radical Islam…….

This is just the most spectacular so far, of a series of tests. I believe the legal theory underlying the lawsuit is “material support” of terrorism.

I agree, DINO. I have no doubt Facebook is biased. But this experiment does not take into account whether others had flagged the pages.

As you mention, SJW and pro-Palestinian organizations do coordinate attacks on speech they don’t like. At the same time, people who support Israel are more open in allowing opposing views.

So, two equally “offensive” pages do not necessarily receive the same number of complaints. While they both may be offensive to some viewers, the viewers don’t always take the same approach to take down the pages.

Bury the prog shills in lawsuits. In the meantime everyone should delete their Facefuck page and cancel cable. Starve the nasty beasts.

It is some evidence. Well done.

Here is something that points to more evidence. I don’t know the backstory.
http://mypetjawa.mu.nu/archives/220196.php

How does Facebook react to those who oppose Islamist Perverts?

I believe Facebook is biased, but I don’t see real proof it is.

Shurat HaDin’s experiment is compelling. However, it does not take into account other complaints. Isn’t it plausible that Palestinian proponents flag anti-Palestinian pages more often than Israeli supporters flag anti-Israeli pages? Facebook may expedite review of pages that receive a higher volume of complaints than others.

Again, I believe Facebook is biased. But I just don’t see this experiment as providing the necessary evidence to prove it.

By doing business with Twitter, Facebook… and yes even Amazon, you are feeding not only your hangman, you are empowering them with the ability to control and govern your speech, you life and yes your political beliefs.

Do not give this power.

Especially with Amazon… I’ve been shopping local since the entire General Lee fiasco. I’m not granting them that kind of power over me.