Legendary artist dies at 69, after 18-month battle with cancer. 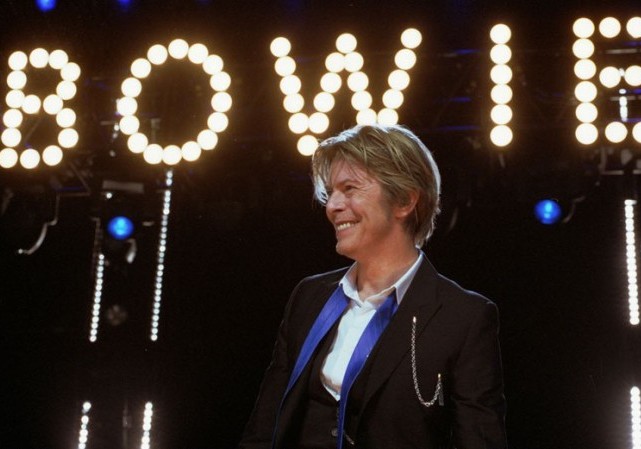 Legendary singer and cultural artist David Bowie has passed away at the age of 69, after losing an 18-month private battle with cancer.

He was also well known for creating his flamboyant alter ego Ziggy Stardust.

The singer, who had been living in New York in recent years, released his latest album Blackstar only last Friday, his birthday.

The album has been well received by critics and was intended as a “parting gift” to the world, according to long-time friend and producer Tony Visconti.

Visconti wrote on Facebook: “His death was no different from his life – a work of art.”

Bowie ended his life as he lived it: By combining entertainment, poetry and high style to produce the video, Lazarus. The first clip debuted two days prior to his death, which was Bowie’s 69th birthday.

Tony Visconti, the producer who worked with Bowie to complete his final album, has released a statement saying it was deliberately created and timed as a “parting gift” for his fans.

“His death was no different from his life – a work of Art.

“He made Blackstar for us, his parting gift.

“I knew for a year this was the way it would be. I wasn’t, however, prepared for it.

Neither were millions of fans, including myself. David Bowie’s music was a key part of the soundtrack of my life during my formative years. I became a fan during the New Wave period, adoring his Let’s Dance album and seeing him during his “Serious Moonlight” tour.

Many conservative activists are moved by the unexpected loss. Rush Limbaugh commented that it was a sad day for the music world, noting that he admired the tune China Girl that was on the Let’s Dance album.

Dawn Wildman, my compatriot with the local San Diego Tea Party group, tweeted out sentiments that mirrored my own:

In the soundtrack of my life, David Bowie had a large place of honor. #RIPBowie You will be missed!

Steady stream of fans are leaving flowers in front of a Brixton mural of Bowie in his English hometown and in front of his New York City apartment.

Of all his concerts, perhaps the most historic was his 1987 performance in Berlin:

In June 1987, David Bowie returned to the divided city of Berlin for a concert that some Germans, rightly or wrongly, still view as having helped change history.

Bowie knew West Berlin well. He’d lived there for three years in the late 1970s, sharing an apartment in the Schöneberg neighborhood with Iggy Pop, escaping from the drugs and over-the-top glam of his early career into the city’s expressionism and art pop….

A decade later, when, in 1987, Bowie returned for the Concert for Berlin, a three-day open-air show in front of the Reichstag, he chose “Heroes” for his performance. By then the city’s Soviet-dominated East had become safer, but it had not become more free. Rock music was treated as a destabilizing threat.

But the wall couldn’t keep out radio waves; the West German–operated, US-run radio station Radio in the American Sector was popular in the East, and had secured rare permission from the performing acts to broadcast the show in its entirety. (Record labels typically opposed this in the 1980s, knowing listeners would record the broadcasts, undercutting album sales.) The concert was held near enough to the border that many East Berliners crowded along the wall to listen to the forbidden American and British music wafting across the city, allowing these two halves of the city to hear the same show, divided but together.

Bowie also starred in several films. Perhaps his most notable role, for me, was as the Goblin King in the movie, Labyrinth.

From Space Oddity to Lazarus, Bowie captured the zeitgeist of the era. Prayers go out to his family and friends, for their comfort. I think his death is an important reminder about how much influence we can have over others by how we choose to use our talents.

In honor of the many changes we can anticipate in 2016, and in memoriam to the truly great music he created, I conclude with this classic:

The first tune I thought of upon hearing of his death was Ashes to Ashes. It’s also the first time since Stevie Ray Vaughan died that I ever felt close to tears over a celebrity’s death. Way to soon to have to say goodbye. Rest in Peace Mr. Bowie.

Many music fans are unaware of the boost that Bowie gave to Stevie’s career. When Stevie was making the jump from local Texas blues virtuoso to the national/worldwide music stage, Bowie tapped him to play lead guitar on Let’s Dance and tour with him. Bowie offered him a permanent place in the band, but Stevie decided to go his own way with Double Trouble. It’s sad when these great musicians pass away, thankfully we have their music to remember them by. It’s always sweet to listen to those tracks and remember the old times your brain links them to. RIP Ziggy Stardust.

He and I weren’t close. At least 3 of his songs annoy the hell out me in my daily commute. I regret I cannot return the favor.

So you didn’t like him and felt compelled to tell everyone about it. Congratulations. You’re the turd in the punchbowl.

Didn’t say I didn’t like him. My heart overflows with indifference.

I didn’t see his name on the latest list of celebrities who have pledged their careers to spewing hate against my beliefs, so I guess he has that going for him in my book. I doubt he spent much of his life being concerned with being liked by me, so we have that in common too.

When Nugent goes (and I don’t care for his music) I’ll say thanks that he was a champion for liberty and stood nearly alone going against the grain in an industry bent on hating his beliefs (which I share).

And yet Keith Richards survives.

My song to remember Bowie by? “Heroes”

Keith Richards has been cloned three times since 1978 and quickly burned out every new body. He’ll outlive the cockroach and bacteria species.

Bowie died at 69, Lemmy at 70. Both hard-living, Lemmy to the very end. But poor Linda McCartney ate nothing but grass at still died at 56.

Not a fan of British pop music, but I do appreciate he was never a political scold.

Yes, the older I get the more I appreciate Fat Bottomed Girls.