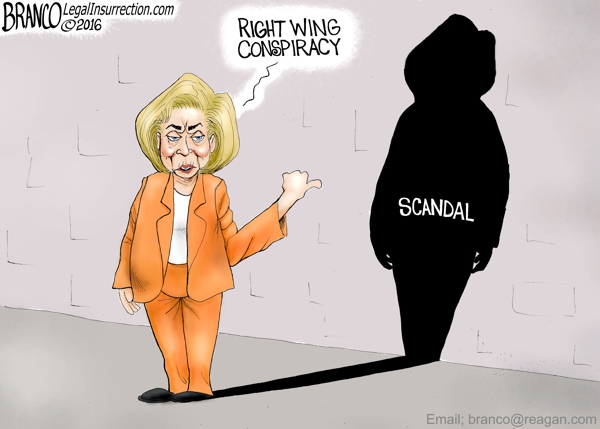 How do I say this so the left understands?

In the early 70s, I would have sung “Four dead at Libya”

In the early 90s, I would have put a placard on my desk saying “Its the compound stupid”

And today, I would tweet — #BathroomServersMatter Send Hillary to jail with a photo of this cartoon.

You even put the Hilda Beast in an orange jumpsuit! Perfect Branco. I’m so grateful you’re on the side of what’s right. Have a blessed day.

Took her long enough to trot out the “vast right-wing conspiracy” meme again.

I thought we might never see it again. It makes me nostalgic for my high school days.

Wait, I am not sure that Hillary casts a shadow! Keep at it Mr. B, make ’em cry uncle.

Lamont would be proud!