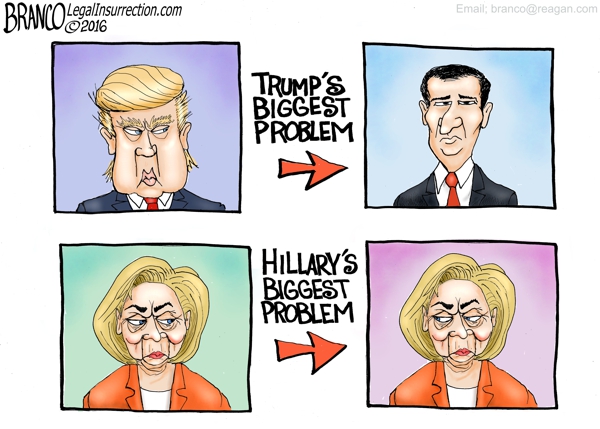 And Cruz’s biggest problem is his ineligibility, then there are his many policy contradictions (that crony loan from Goldman Sachs which was never repaid, so is a gift…possibly illegal) AND (most objectionable to me) is his Cuban activism* which betrays his being a Cuban at heart – which is why the founders/authors of Constitution made special pains in Article II to prevent anyone having divided loyalties.

Special treatment – Under U.S. law, Cuban refugees don’t have to be from Cuba
http://interactive.sun-sentinel.com/cuban-adjustment-act/loophole/

I’m glad to be called a birther if being for the truth and protecting this nation garners me your perjoratives.

You are so glad to distort and dilute the plain meaning of Article II and over a century of USSC decisions in order to embrace the new world globalist order, open borders, Islamism, communism, one world currency, global taxes on resources, and of course, population control.

No, you poor old nutter.

I was actually born in Hollywood, Kulhifornia. Which really DOES make me ineligible to be POTUS, being on another planet.

“I was actually born in Hollywood, Kulhifornia.”

Do you actually KNOW any Cuban Americans who fled the Communist takeover of their country? I do, and they’re some of the best, most conservative people I know. They have seen firsthand the damage that Socialism / Communism can do to a society.

And your assertion that Cruz is not a natural born citizen is just, well, retarded. It’s Trumped-Up-Bullshit is all it is, and it shows how desperate The Donald and the Trumpaloos have become on the eve of the Iowa Caucus. Can’t win the debate on the merits of your positions? Shout and dredge up mud. Why, it almost sounds like a prog strategy. Oh wait….

It seems to me that Mr. Trump’s calling out of the Cruz eligibility situation early on in the campaign defuses it as a weapon for the Democrats to use later when it *could* be a problem for Mr. Cruz.

Maybe, but that ain’t why Trump brought it up.

It’s not that I hate Cubans, it’s just that the US does not need to pay for their move to the US and provide benefits when they live in Cuba much of the year.

This is IN FACT subsidizing Castro’s failed socialist state through the back door.

Choosing a relative of Castro to give the Spanish translation of Haley’s speech was a revelation of the state of affairs within the Uniparty.

Activism on behalf of a foreign country and its citizens is not the duty of a US Senator – it is against our interests.

Calls to mind the Obama speeches to the Arabs which had completely different meanings in Arab than the English.

Oh go ahead, vote for one of the Three Amigos, who want to open your borders, take your pesos and give your jobs to their compadres.

Tonight Trump will toss out chum – Cruz’ citizenship – to the waiting circle of fish. They will swallow his ‘offering’ in one gulp, never knowing what they are taking in.

Jennifer – do you care so little for the Constitution and the country? Truly disappointed.

For the Constitution…I would vote for Cruz.

Trump is an opportunist, as Americans should be, but he is not my choice for President.

Yes, but, somewhere in my dim memory, I recall that the USA was known far and wide, as the land of opportunity. And, BTW, I owe you an up thumb after hitting the down instead of reply. Sorry.

Beside being born in Canada, Cruz also has a problem with failure to report and to repay a Goldman Sachs loan in 2012.

Again, this is a lie:

Cruz has already explained all of this ‘stuff’ in detail hundredfold times.

Cruz borrowed on margin against his own investment assets. He simply didn’t file w/FEC correctly. No biggie. And, no (four) bankruptcies need to be reported.

Every family has a crazy uncle.

While everyone is so busy trying to brush Cruz’s foreign birth and “dual citizenship” under the rug, they fail to note that Cruz was NOT born just a dual Canadian/American citizen but is also a CUBAN citizen, since his father was a citizen of Cuba.

Cruz did get around to finally giving up his Canadian citizenship in 2014 (YEARS late – that was supposed to be done at age 18) but apparently remains a Cuban citizen.

There is also the question of his Certificate of Birth Abroad, which his mother would have been required to file with the State Department at the time of his birth. That would make him a Naturalized At Birth citizen, not a natural born citizen. BTW, that Certificate of Birth Abroad as issued by the US State Department at the time of Cruz’ birth clearly states on the bottom “Not eligible for the US presidency.” (I know this because I gave birth to a US Citizen abroad.)

And BTW, the “John McCain was born on foreign soil and is natural born” is spurious. He was born in the Panama Canal Zone on a US military base. At the time Panama was a US possession/territory in the same exact way that Puerto Rico and Guam are. John McCain was indeed born in the USA.

Better put up a .pdf of that, or I’ll have to call you a liar.

Agree, Rags. I call BS on that as well. If it was really that obvious the Trumpsters and Progressives (but I repeat myself) would be shouting it from the rooftops.

Not only that, it would have eliminated McCain in 2008… and courts have already ruled on that one.

The only reference to “Cruz Cuban citizen” was on Demon-cratic UnderTheGround, if that suggests anything to you…

Granny, your pants are on fire.

Let me refer the lot of you to the Immigration and Naturalization Act, which even in its current form clearly states that Cruz would be a Dual Citisn (Actually a triple). BTW, Rubio also has a big elephant in the room problem himself. You’ll find the information that you need straight from the State Department website by googling for “Consular Report of Birth Abroad.”

Did that, Granny. You’re a liar.

Where did you find that bullshit you’re slinging?

I don’t know if Ted Cruz is actually a problem for Trump. Hillary’s definitely the biggest problem for Hillary, though. No one trusts her, no one likes her, they’re only going with her because the only other option is Doc Brown’s insane brother.

“PPOBLEM”? [In the Hillary caption] It’s not often that one sees “typos” in a cartoon.