Amid Rising Antisemitism, ‘Mein Kampf’ Reprint is a Bestseller in Germany

Amid Rising Antisemitism, ‘Mein Kampf’ Reprint is a Bestseller in Germany

First time since WW II, a new edition of Hitler’s Mein Kampf been published in German 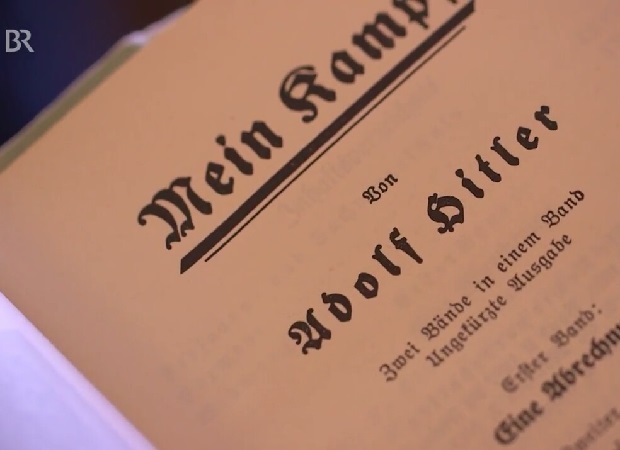 The timing could not have been more eerie. As Germany faces its biggest social and political crisis since the Second World War, Hitler’s Mein Kampf has again hit German bookstores. After 70 years, Germans once again have a chance of legally owning the vicious rants of this notorious Austrian-born psychopath — in a hard bound version for €58,99.

The recent migration from Middle East and North Africa did not only increase the level of antisemitism in Germany, it has also given a new lease of life to Neo-Nazi outfits. Last year, Charlotte Knobloch, the former President of Jewish umbrella group the Central Council of Jews in Germany, warned member of the tiny Jewish community in the country to “avoid being recognizable as Jews” in public, calling this the most perilous time for Jews to be in Germany since 1945.

Charlotte Knobloch (83), a Holocaust survivor herself, knows what she is talking about.

In recent months, other Jewish leaders in Germany have echoed Knobloch’s sentiments, warning Jews to avoid wearing yarmulke and other Jewish symbols in “districts with strong Muslim populations.”

In November 2015, the present head of the Central Council of Jews in Germany, Josef Schuster urged German Chancellor Merkel to reconsider her policy of unrestricted migration, warning that many new migrants come “from cultures in which hate towards Jews and intolerance are fixed components.” Needless to say, such pleas to German leadership have fallen on deaf ears.

According to NBC, the first 4.000 copies of Mein Kampf’s annotated edition were sold out in less than a week, receiving additional 15.000 orders. The new edition of Hitler’s Mein Kampf is published by Institute for Contemporary History in Munich, in a move to counter wide circulation of the uncommented publications which can now be reprinted without copyright restrictions. Originally published in 1925, Mein Kampf (My Struggle) was by far the most read book in Nazi Germany. Over 12 million copies of the book were sold in Germany by the end of the World War II. News magazine Newsweek reports:

For the first time since World War II, a new edition of Adolf Hitler’s Mein Kampf has been published in GermanSophisticated and articulate antisemitism of the European elites meets the crude and ugly antisemitism of the streets infused by the recent migrants.y, and it’s proving even more popular than when it first came out.

The new two-volume book, in which Hitler says Jews are “the personification of the devil,” comes in at 2,000 pages, including 3,700 annotations. The Germany-based Institute for Contemporary History, which has been researching the Nazi regime since 1949, self-published the book. Magnus Brechtken, deputy director of the institute, says it had 15,000 orders by January 8, when it went on sale with an initial print run of 4,000. Days later, the book was on its third print run, and the number of orders continues to climb. (…)

Mein Kampf has not been widely available in Germany since then, because the Bavarian state government obtained the copyright and refused to allow anyone to print it. The copyright expired at the end of December, 70 years after Hitler’s death. Now anyone can publish it, as long as the edition includes criticism, so that it does not violate volksverhetzung, German laws against incitement to hatred. (The original text is widely available in other countries.)

Not just new migrants, German and European mainstream isn’t immune to antisemitism either. To placate the growing section of, mostly Muslim, migrant population that knowingly uses violent intimidation and riots as a tool for social and political domination, many European politician look for the quick and cheap remedies elsewhere. And blaming the Jews — which has a long-teasted tradition in Europe — comes in handy again.

In last elections the German chancellor hopeful, Sigmar Gabriel and recently [after the deadly Paris attacks], Swedish Foreign Minister Margot Wallstrom have joined the ranks of European politicians who are willing to bash Israel to score brownie points with the European Left and the migrant Muslim population. Articulate and well spoken antisemitism of the European elites now meets the crude and ugly antisemitism of the streets, infused by the recent migrants.

In their Quixotic search for ‘peace’ in the Arab and Muslim world, their only hope is to arm-twist Israel into making more territorial concessions in face of perpetual Arab rage and Rejectionism. They are the rightful heirs of European political elite that once hoped of containing Nazi Germany by giving more territory to Hitler under the Munich Agreement of 1938. But don’t expect them to give up on that plan anytime soon.

I know that the new academic edition is annotated with loads informative footnotes; and besides as a foreigner living in Germany, who am I to tell my German neighbour what to pick for his next “gute Nacht” bedtime read. Call me superstitious; but when I see Hitler’s Mein Kampf hitting the bestseller list — while antisemitism in Germany reaches a historic peak, I just have that eerie feeling.

[Yad VaShem Video] What is the Holocaust: The Nazi Rise to Power

[Author is an Indian journalist based near Cologne, Germany]

If they had to allow it to be re-released, then they should have forced the name to be changed to “Mein Scheisse” first.

And how do you imagine they could have done that?

Post WWII, Germany put in place laws discouraging the use of Nazi symbols. As a symbol equivalent to the Nazi Salute or the Swastika, I think they should force Hilter’s crap called “Mein Kampf” to be called what it is, crap.

As a free speech advocate, I think “Mein Kampf” should be available to anyone who wants to read it.

I’m not afraid of ideas, and I have faith that sane people will know hateful pathology when they see it. I’d go so far as to say that people wanting to understand history AND modern anti-Semitism SHOULD study all the source material that tends to illuminate it.

“Mein Kampf” has always (to my understanding) been available in the U.S., and it isn’t considered by anyone to have promulgated a popular anti-Semitic movement. Kooks, yah.

The current cast of American anti-Semites have their own souces, as do the Europeans.

“Germans once again have a chance of legally owning the vicious rants of this notorious Austrian-born psychopath.”

I would be more concerned about the vicious rants of the evil and perverted psychopath Muhhammed. At the present time Muhhammed has more followers in Germany than Hitler and they are the real problem.

Europe killed 6 million Jews. Their punishment is 15 million Muslims and they’re gleefully leading themselves to the gallows with rope in hand.

A massive influx of Arab / Muslim ‘refugees’ into Germany since last year and now ‘Mein Kampf’ is suddenly a best seller again. Causation or correlation? Discuss the obvious.

I would not expect recently immigrated, non-native speakers to be buying hardcover copies of a burdensome, political treatise.

Hmmm… Maybe require all licensed concealed carry owners to wear a kippah and a star-of-David pendant while in public?

Ray, you have it backwards. Require anyone wearing a kippah to carry concealed.

I believe you have reason to feel that eeriness. It gives me chills just knowing that they’re getting ready to print a forth run.

Germany is suffering, IMHO, from oikophobia and self-immolation. (For a quick review of what oikophobia is, watch this oldie but goodie.) Is it because they have abandoned God so completely and have nothing ideologically to embrace? Is it because they believe somehow that sacrificing their prosperous nation to these migrants who are bent on destroying the West and anything that doesn’t submit to their beliefs? Or is it because they are so desperate to prop up their welfare state and declining population that it doesn’t matter who or what they do or believe?

Who knows. But chilling it is, and horrifying that the growing anti-Semitism may be fueled by this rush to read the madman’s rants and ravings.

(May I note, many of these migrants, or refugees, come from places that EMBRACE Nazi ideology…… #justsayin )

When I was in high school I pulled a copy off the shelves of the public library. Mein Kampf is worse than reading the Quran. Worse in the sense that it is monumentally boring and idiotic. It will sit on people’s bookshelves gathering dust.

Which makes it even more interesting that Germans are willing to shell out €59 for it.

The “forbidden fruit syndrome”. I manifests itself in all kinds of perverse ways.

There is no better way to give credibility to something than to ban it. After all, it makes no sense to ban idiotic ravings, since exposure to analysis only serves to reveal the truth.

Semites are defined by a common language but in fact Arabs are every bit as semitic as Jews, racially they seem to be one and the same. the difference lays mostly in the propensity for violence as most Arabs are intolerant muslims. Jews lived peacefully with Europeans for hundreds of years, muslims are violent from beginning to end.The vilification of Jews was unwarranted, and the stupid acceptance of muslims is perverse.