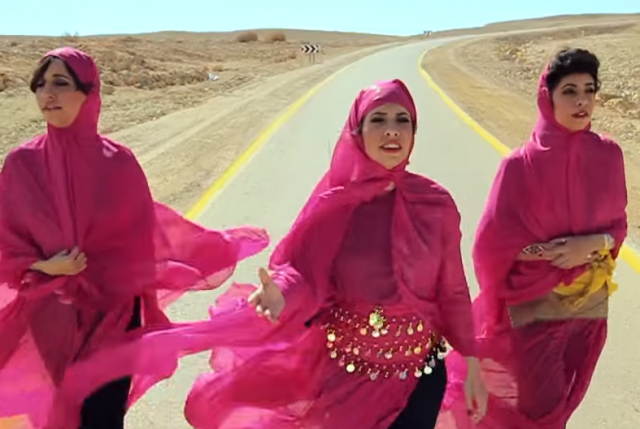 A somewhat unlikely story, via The Washington Post, These singing sisters are wildly popular in Yemen. And they’re Israeli Jews:

With their ebony hair and Yemeni accented Arabic, singing sisters Tair, Liron and Tagel Haim would probably not seem out of place on the streets of Yemen’s capital, Sanaa.

But the sisters, collectively known as A-Wa, or “yes” in Arabic slang, are actually descendants of Yemeni Jews who immigrated to Israel decades ago.

Today, they live in Tel Aviv.

While siblings singing sweet harmonies together might not be big news, these Jewish sisters — who mix near extinct Yemenite poetry with fast-paced hip-hop and electronic beats — just might be.

Their first song, “Habib Galbi” (Love of My Heart), is an updated version of an ancient song passed down orally through multiple generations of women. Released this year, the video clip accompanying the song has gone viral on YouTube, drawing more than 2 million views and thousands of comments from around the globe.

The group’s website has their history and music links.

The story of the Yemeni Jews is not well known, but is quite historic. After intensifying anti-Jewish violence, in 1949-1951 Israeli launched Operation Magic Carpet to rescue almost 50,000 Yemeni Jews. 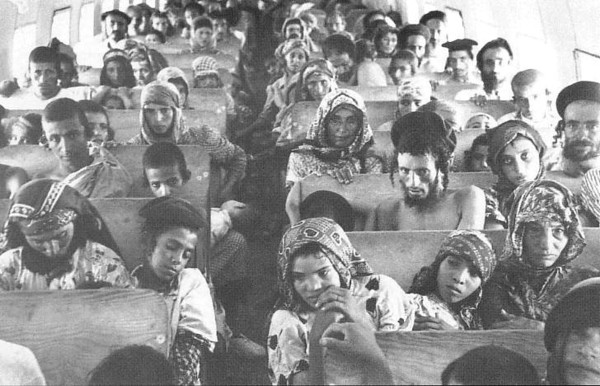 Almost half of Israel’s Jewish population are refugees from or the descendents of refugees from Arab and Muslim lands. In all, almost 850,000 Jews were expelled from or fled Arab and Mulsim lands to go to Israel.

Including the Moroccan Jews who established and still live at Moshav Avivim along the Lebanese border, which I visited in May 2015.

The sisters, who are as much in tune off stage as they are on, have already performed before sold out audiences in Israel and Europe. National Public Radio recently named the group one of the top 10 global music acts of 2015.

The group has also garnered countless fans in the Arab world, notably in Yemen and other Arab states that do not even have formal ties with Israel.

The arts and music could be a path to peace. Which is why the cultural boycott of Israel is so important to the pro-war boycott movement. It would ban a-Wa from playing not just in Yemen but in Europe or the U.S.

This reminds me of the work of one of my very favorite artists who inspired my love of World Music, Ofra Haza. Those who like A-WA should check out Haza’s work.

PS. I forgot to note that Ofra Haza was a Yemeni Jew as well. 😀

I prefer this version.
https://www.youtube.com/watch?v=tm96LJnUJiI

That roughly 51% of Israeli Jews are “Arab Jews” should surprise nobody. Further, I heard one older Iraqi emigre comment on how the exodus of Iraq’s Jews cost that country a lot of it traditional musicians.

No beheadings, no profanity, tattoos, no nudity, no footage of Kim Kardashian getting laid – this was definitely not produced for the American market.