Everything you wanted to know about the Visa Waiver Program, potential reforms, and then some 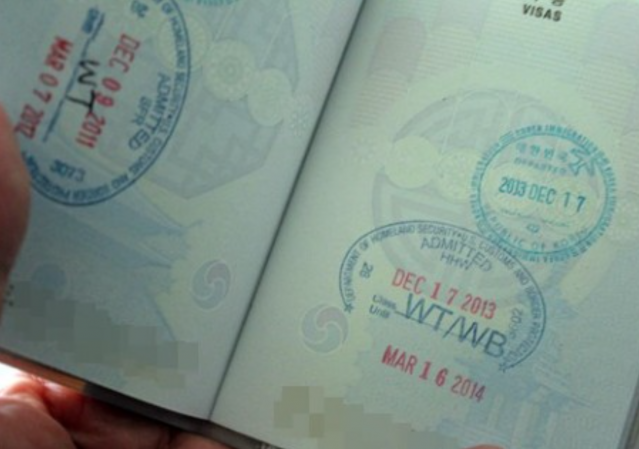 Following the terrorist attacks in Paris last month, Congress is considering legislation designed to strengthen the existing Visa Waiver Program of which France is a particpant and, “help prevent terrorists from entering the United States,” said Senator Jeff Flake (R-AZ). Subsequent investigations of the Paris attackers revealed a troubling trend — homegrown extremism. With countries like France breeding a new generation of terrorist, easy accessibility to the United States is once again under the microscope.

But, will the bill (in its current form) actually bolster security or is it a feel-good fix?

Foreign nationals holding citizenship from any of the 38 participating countries (there are a few other qualifying factors) are able to bypass consular processing in order to request entry to the U.S..

Though no visa stamp administered by an American consulate is required for Visa Waiver Program (denoted at ports of entry by a “WT/WB” stamp — Waiver Tourism/Waiver Business) qualifying foreign nationals, some stipulations do apply.

Functioning as a tourist visa without the physical passport stamp and processing, foreign nationals in the U.S. on a WT/WB are prohibited from working, attending school for credit, or changing to any other visa status. Foreign nationals denied other visa types or who previously violated their immigration status within the U.S. are not eligible for WT/WB.

Before being approved to request entry to the U.S. under WT/WB status, foreign nationals must submit their information to and be approved by the Electronic System for Travel Authorization (ESTA). Run by Customs and Border Patrol (CBP), the ESTA is a web-based application that determines eligibility to request entry under WT/WB.

As with any other kind of visa, simply because a visa, other non-immigrant status, or in this case, ESTA Visa Waiver request, is approved, entry to the U.S. is not a guarantee. Status approval is merely a ticket to the door. If CBP denies a WT/WB requester entry to the U.S., no review or appeal process is available.

“The Paris terror attacks were committed by French and Belgian nationals, which means it would have been possible for them to board a plane to this country using the Visa Waiver Program. As growing numbers of foreign nationals travel to the Middle East to train and fight, and with 45 million lost and stolen passports on the black market, we must do all we can to secure the program,” said Feinstein. “Strengthening the program will require collecting additional information from travelers before they arrive and require participating countries to share valuable information and intelligence with us. Gaps in the security of the Visa Waiver Program must be addressed as soon as possible.”

New requirements set forth in the bill which would be paid for with a $10 WT/WB fee increase, include requiring foreign nationals who’ve traveled to Iraq or Syria within the last five years to go through consular processing for a tourist visa stamp. That process requires an in person interview and more detailed biometric information than the WT/WB. Those entering the U.S. under the WT/WB would be required to submit photographs and fingerprints prior when requesting WT/WB approval. Electronic passports are a new requirement under the Feinstein-Flake bill, due to the increased security measures the provide. Lastly, the bill calls for increased intelligence sharing between the U.S. and participating countries.

Iraq and Syria are not the only countries where affiliation or visitation might require an alien to obtain a tourist visa. Countries designated as State Sponsors or Terrorism (Iran, Syrian, and Sudan) by the State Department, and other “countries of concern” also fall under scrutiny.

A House version of the Feinstein-Flake bill passed Tuesday and mirrors its Senate counterpart. Originally introduced in January, H.R. 158 would instruct the Department of Homeland Security (DHS) to consider terrorism as a risk factor for approving an alien for WT/WB status. Further, it creates an annual reporting requirement for DHS. The most important provision of the House legislation is the ability to kick out countries who fail to comply with the new regulations in a satisfactory manner.

The bill’s author, Rep. Candice Miller (R-MI), explained, “this bill will change that because what this bill does is gives authority to the Secretary of Homeland Security to either suspend or terminate a country’s participation in this program if we don’t feel confident that we are getting the critical information that we need to stop terrorists from exploiting this program to travel to the United States.”

Reportedly, the White House is on board with the proposed reforms.

The EU is not happy with H.R. 158 proposal. Neither are many Iranian nationals.

David O’Sullivan, the European Union Ambassador to the US, told the BBC that he and ambassadors from EU member states have reached out to Congress and White House to raise what he called the “fear that the legislation at its current form could produce unintended consequences”.

Mr O’Sullivan said the EU wants to “maintain the highest security of the visa waiver programme” but opposes “introducing new rigidities which would penalise millions of Europeans and Americans” who travel back and forth.

He stopped short of threatening to reciprocate against US citizens and said he remains focused on finding a way to resolve the issue through dialogue.

The US State Department said it does not comment on pending legislation.

Those holding dual citizenships with a WT/WB approved country and a “country of concern” would be required to apply for a tourist visa and unable to utilize the Visa Waiver Program.

NIAC Action, a group that describes itself as a, “grassroots, civic action organization committed to advancing peace and championing the priorities of the Iranian-American community,” is vehemently opposed to H.B. 158. They claim the bill would create two classes of citizens, those who are not from or have visited a country of concern, and the rest. Though hyperbolic, the desire not to be lumped in with radical predecessors is an understandable one.

Will the reforms work?

The bill is a welcome update to the existing Visa Waiver Program. In particular the intelligence-sharing component.

The crux of the overly politicized Syrian refugee legislation was testimony by U.S. intelligence officials who expressed concern over our lack of information on would potential refugee status seekers. Vetting foreign nationals without any intel to cross-reference is a futile endeavor with potentially devastating ramifications. Pulling resources between friendlies should help build our intel and help us better assess individuals prior to granting them entry to the U.S.. Or at least that’s the theory.

Despite the countries of concern inclusions, the bill could be made even stronger were Pakistan and Saudi Arabia included.

No measure is foolproof and there’s simply no way to ensure not one single terrorist crosses our borders. But the proposed reforms to the Visa Waiver program are sensible, needed, and address the program’s most obvious vulnerabilities with surprisingly minimal impact to participating countries and aliens.

Requiring fingerprints, a selfie, and an extra $10 is hardly a “new rigidity” that would “penalise millions.” It’s common sense.

We have been importing terrorists sympathizers for more than a generation. The FIRST World Trade Center bombing was in 1993.

I recall nasty encounters with “Iranian” students being reported among the students at UT in Houston in the ’70s. They did not mind cheating, and they thought any female in jeans and a T-shirt was a whore, and they treated them as such.

So now we have an American citizen born of Islamist sympathizers in the United States involved in a bloody murder, and his dad saying that he (the father) had counseled patience. This is significant. The father did not say he told his son that terrorist acts are wrong. He told his son that they would win without fighting in a couple of years. That is not a condemnation of murder, nor does it draw a distinction between jihad and hirabah.

American Muslims started blowing the whistle a very long time ago on the Saudi-financed schools and textbooks as well as the radical clerics preaching in our mosques. Our President and the Democratic Party are pretending that public awareness of the weaknesses we have in our immigration system, and the many soft targets we have, is jingoism. This is pernicious nonsense.

In the US, we have a very valuable set of people, those adventurous souls who left the miserable tyrannies in the Middle East to live in freedom and peace. Some are Catholic, some are Jewish, and some are Muslim. We should pay attention to what they have to say, instead of to CAIR (a foreign organization that, every time a Muslim murders one of us, expresses concern about the non-existent backlash against Muslims), and the Muslim Brotherhood.

Egyptian Muslims warned us about the Muslim Brotherhood, their own home-grown terrorist organization. We should listen to them, too.

I’m going to drop this, here. I just found it.

This article makes the distinctions I’ve been talking about. We can win the war by the terrorists against us without the help of Muslims, but the butcher’s bill (and the loss of future contributions by Muslims of intelligence and good will) will be lower if we learn to recognize our natural allies and link up with them.

By a Muslim, MAAJID NAWAZ

How to Beat Islamic State

It’s a place to start. We will be telling our grandchildren how free and prosperous we were.

NIAC Action, a group that describes itself as a, “grassroots, civic action organization committed to advancing peace and championing the priorities of the Iranian-American community,” is vehemently opposed to H.B. 158.

NIAC is a front for the Iranian government.

They claim the bill would create two classes of citizens, those who are not from or have visited a country of concern, and the rest.

Well, yes, that is rather the point, isn’t it?