The Next Generation of “Star Wars” is Spectacular

The Next Generation of “Star Wars” is Spectacular

The original spirit is strong with this one. 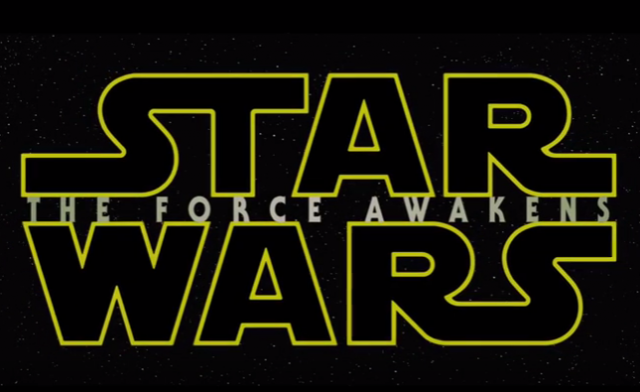 One of my happiest birthday memories was seeing the original “Star Wars” in 1977, when I turned 15. I fell in love with science fiction that day.

So when my son, who is a big fan of both the Star Wars and Star Trek franchises, turned 14 this month, my birthday gift to him was tickets for the earliest showing I could obtain for Star Wars: The Force Awakens.

The movie was the perfect present, as the stories behind the film and its making involve the struggles of one generation attempting to pass the torch of its values and ideals to the next. And while I didn’t experience the same “high” after seeing The Force Awakens as I did with A New Hope, in many ways it was nearly as satisfying.

First, a small clip for those few of you who haven’t been exposed to the recent spate of “Star Wars” advertising:

Second, a programming note for Legal Insurrection readers: I do not reveal any information that wasn’t visible in the advertising in my review. However, links within my piece may contain spoilers. Click at your own risk.

JJ Abrams, the new director of “Star Wars” adored the 1977 movie as much as I did. He enthusiastically and creatively went back to filming basics in the sequel: Less reliance on CGI and special effects, more location shots, and terrifically engaging dialog (when it could be heard over blaster shots and explosions).

The Force Awakens has opened up with astronomical ticket sales. If it sustains those numbers, one of the key reasons will be because the new leading actors were solid picks. News reports indicate there was some controversy about the choice of John Boyega, a black actor, being selected for the role of a stormtrooper gone rogue. Also, there were concerns that the role of Rey, a young woman gifted with both “The Force” and a great deal of tool-using ability, was simply an homage to diversity.

Fortunately Abrams and the writing team of A Force Awakens created genuine and interesting characters among “Team Light Side”. Kudos must be given to Daisy Ridley, who had the presence and the talent to put her own mark on the role of Rey. She avoided becoming Princess Leia version 2.0 (minus the iconic gold bikini).

If I had a quibble with the movie, it is on this point: It stretches credulity a bit too often even for sci-fi, especially with Rey’s character. For example, while Rey is a physically adept woman, it takes years to learn weapons-fighting techniques she apparently picked up in 30 seconds.

“The Light Side had really strong, interesting characters,” noted my son. “The villains were not as villainous as they really needed to be. Kylo Ren wasn’t as good as Darth Vader. He was a simply a Sith having a temper tantrum with a light-saber.”

I see my son’s point, though I must admit I enjoyed the character of Kylo Ren much more than he did. I thought Adam Driver did a superb job with the role of a young Darth-Vader-wannabe. I am sure he will soon be a big tween heart-throb, too!

To explain why I was intrigued by Ren’s character so much, I would have reveal more of the movie plot than I care to at the present time. Facebook members have hit the “unfriend” button over spoilers, which clearly shows the hazard of opining in the age of new media. Suffice it to say, it hit close to home.

However, I don’t think Kylo Ren will be replacing Darth Vader in the hearts of “Star Wars” fans anytime soon, either.

The Force Awakens captures the spirit of the original movie very ably. I am looking forward to seeing where JJ Abrams is going to steer the plot over the next two installments very much.

As long as the new storylines do not involve Jar Jar Binks or ewoks, I am sure I will enjoy the ride.

I predict Disney will make so much from its investment in this franchise that Mickey Mouse may be wearing a Darth Vader mask before too long.

So, did anybody spot the skeleton of Jar Jar Binks in the desert ?

In an interview with Vanity Fair veteran writer Bruce Handy, Abrams joked about adding Jar Jar’s remains as an Easter egg for audience members. “I have a thought about putting Jar Jar Binks’ bones in the desert there,” he said, while watching footage set in the movie’s desert planet, Jakku.

I liked the movie, and I agree Ren is an interesting character. My complaints about the movie are largely based on style. There’s a lot of dialogue. In the original series, there were a lot of long stretches with no dialogue at all — scenery, music, emotion. That’s good filmmaking. This one seemed in a hurry to get everyone’s lines in, when really a lot of them could have been cut to make a better movie. No anticipation between scenes, just a lot of jumping through the highlights of a story rather than telling the story.

The comedy lines there to make the little kids laugh too. That’s a modern device… honestly it’s a remarkably formulaic movie in a lot of ways. However, for that, the execution is very nice, so its sins are easy to forgive. Also a big part of the formula was tying in to all the old actors so… that’s actually a big plus with a fair number of people, if not really me.

Once you start boycotting Hollywood for its leftist tripe, it’s hard to go back.

I try hard to not give money to companies that actively spit in my face and call me a bigot.

Very happy to hear. Got my tickets.

Happy to hear they’re going back to location shooting vs CGI BS. The prequels were awful in their video-game look, even aside from the infinite story and character faults.

This one wolnt hold up.

Adam Driver is from Girls. He is gross.

I grew up in the golden era of Sci FI. When skillful authors like Asimov, Simak, Pohl, & Heinlein wove a tale which allowed & channeled your imagination to soar with the narrative, marvel at what was possible in a universe unveiled by human ingenuity & possibilities, & perseverance. I’ve never seen that in a movie. Movies present another’s vision & imagination.
Movies are limited by what the market determines.
Written Sci FI Of today is written by people out to advance an agenda. Sway human thinking. Compared to Sci FI of that earlier time it’s not worth the price of a $10.00 paperback edition. With a few exceptions the Sci FI of today isn’t worth the paper it’s written on.

I agree. I also grew up in the golden era of sci-fi.

One of Star War’s main agendas: massive commercialism – selling tons of products. The movie wasn’t meant to enlighten. It was meant for babysitting, pacification and commodification.

Another movie that piqued my interest was 2001: A Space Odyssey (Arthur C. Clarke short story based)

BTW: The opening crawl for Star Wars is based on the Flash Gordon 1954 TV series.

Star Wars has never been true Sci-Fi. It’s Science Fantasy. That being sai,d The Force Awakens was just ok. It’s essentially a modern version of A New Hope. There was a lot more potential there for a new and unique Star Wars experience and J.J. went with a very safe approach. The only moments that really stuck out were Kylo Ren, a bit of the dialogue, specifically the opening sequence between Ren and Poe, and Daisy Ridley.

There’s plenty of excellent SF being written today. Yes, some of it by writers with odious politics, but so was a lot of the golden age SF. Pohl was a communist. He and his fellow Futurians were out to “sway human thinking”. The fact is that, despite the Sad Puppies’ complaints, most recent Hugo nominees have been high quality, well worth reading, and you’re missing out on good stuff if you avoid them.

In particular, don’t judge the Ancillary trilogy by what you hear about them from right-wing types who haven’t read them themselves. Yes, they’re political, but no, they are not mindless SJW propaganda, quite the contrary. They are thoughtful and thought-provoking, and challenge SJW orthodoxy, from within its own premises. I also highly recommend everything written by Jo Walton and Seanan McGuire/Mira Grant, no matter what you think of their political opinions. And I’m not just saying that because they’re really nice people, though they are. (And Jo, for all her lefty leanings, is a big Heinlein booster, so she deserves points for that.)

I liked the movie.
It was good, not great.
As others have said, it leaned too heavily on plot lines from the past. Some fresh material in the basic plot line would have been nice. Some of the acting was blase, and the chemistry between Rey and Fin was “meh”. It was better between Han and Rey! Rey learning how to harness the force in 30 seconds was not believable, given the last 6 movies.

That said, the special effects were good, the physics was not horrible (I’m a physicist and hate it when they break natural laws) most of the acting was decent, the action sequences were good (not great) and there were enough plot twists to keep you interested.
Well worth the $17 for the 3D version.

JJ Abrams won’t be steering the plot for the next two episodes, Rain Johnson has been chosen to direct and co-write episode VIII.