“Whatever is necessary and required” 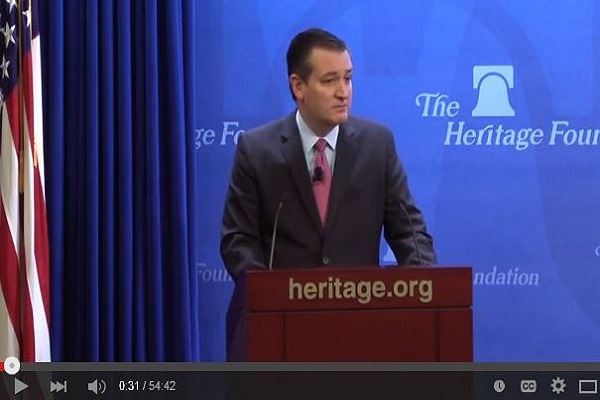 While in Paris last month, Obama was petulant and dismissive in criticizing Republicans who “pop off” about his nearly imperceptible ISIS strategy. He said, “if folks want to pop off and have opinions about what they think they would do, present a specific plan. If they think that somehow their advisers are better than my chairman of my Joint Chiefs of Staff and the folks who are actually on the ground, I want to meet them. ”

Setting aside the fact that Obama is not listening to his own advisors on the subject of ISIS and even required that intel about ISIS be modified to meet the WH narrative, this is a rhetorical strategy that has worked for him in other cases such as ObamaCare.  It’s so effective for him that many Americans actually believe that Republicans have offered no ideas for health care reform should ObamaCare be repealed or simply collapse.  Obama hopes that the same thing will happen regarding ISIS, but so far at least, that does not seem to be the case.

Instead, not only is the press pushing Obama on ISIS in the wake first of Paris and then—though less so—after the San Bernardino terror attack, but Republicans do have plans for defeating ISIS.  One such plan was released this week by Ted Cruz.

Speaking at the Heritage Foundation, Cruz outlined an aggressive strategy, that (at least so far) stops just short of troops on the ground, a measure that many are already saying will be necessary, if only because Obama sat back and allowed ISIS to grow in terms of both territory and influence.

The United States must do “whatever is necessary and required” to destroy the Islamic State, Sen. Ted Cruz said Thursday, laying out a muscular foreign policy that would target that terrorist army and reassert American leadership on the world stage.

Cruz, R-Texas, recalled Ronald Reagan’s decisive role in dismantling Soviet communism during the Cold War, saying that a similar track should be taken in the fight against today’s enemy: Islamic terrorism. Its bloodiest practitioner, he said, is the Islamic State, or ISIS.

. . . . His foreign policy proposal included securing the nation’s southern border with a wall and preventing refugees who come from “terror-ridden countries,” particularly Syria, from entering the U.S.

“It only takes one in a sea of millions to destroy our safety and to take unknown numbers of innocent lives,” he said, noting reports confirming one of the Paris attackers Nov. 13 had entered the country using a fake Syrian passport.

Cruz advocated ramping up the U.S. bombing campaign in Iraq and Syria, where ISIS maintains a stronghold. But he stopped short of pushing for U.S. combat troops to put boots on the ground.

During this speech, Cruz addressed the false claims that he weakened national security by supporting an end to data collection on everyone in the country.  The Daily Signal continues:

In an effort to strike middle ground between the Republican Party’s national security hawks and non-interventionists, Cruz fought against reauthorizing the federal government’s mass data collection program housed at the National Security Agency under the post-9/11 Patriot Act.

He told his Heritage audience:

There are some on both the right and the left who want to exploit the current crisis by calling on Americans to surrender our constitutional liberties as the only way to ensure our safety. Hoarding tens of billions of records of ordinary citizens didn’t stop Fort Hood, it didn’t stop Boston, it didn’t stop Garland[, Texas,] and it failed to stop the San Bernardino plot.

Cruz was referring to four of the most notorious attacks on American soil by Islamic terrorists.

The senator instead called for a narrowed phone surveillance program, highlighting his role in co-sponsoring the USA Freedom Act, which ended bulk data collection and instead required law enforcement to obtain evidence that targeted phones and other devices are tied to terrorist activity.

Watch him explain this to Megyn Kelly:

In other Cruz news:  LI reader Betty asked in a comment about Cruz rallies, so I thought I would note that Cruz has scheduled a Christmas tour that will take him to a number of states between December 17th and December 23rd. Here’s the schedule: 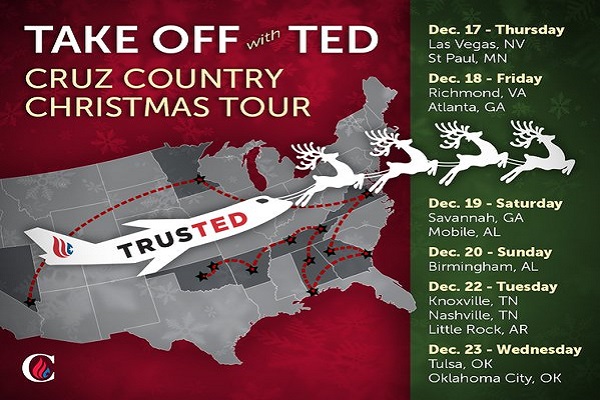 RT to spread the word! pic.twitter.com/GVA7TuVQZY

“The senator instead called for a narrowed phone surveillance program, highlighting his role in co-sponsoring the USA Freedom Act, which ended bulk data collection and instead required law enforcement to obtain evidence that targeted phones and other devices are tied to terrorist activity.”

But what Cruz contends in the Megyn interview is that he actually strengthened the surveillance by granting broader access to terrorist phones, (I presume) after they have reasonable suspicion of that terrorist and a given access.

I don’t know the details of that, but between “burn phones” and encryption technology available to the private sector, we can’t intercept as much as we could before. But with the potential of an Evil Queen Hillary, less domestic meta-data is probably good.

The Federal government should reestablish the Militia were every citizen in good standing belongs and carries concealed weapons. They will be ready to deal with the next crazed mass murdering Muslim or Democrats and stop them from slaughtering us like sheep.

There is no need to “reestablish” the militia. Every able-bodied male is, and always has been, a member of either the organized or the unorganized militia.

Many states have enacted laws restricting open and concealed carry, but that is a different matter.

The interesting question is whether every able-bodied woman is now a member of that militia.

I would say that they have been in the past. When men went off to war while moves like to show 8 year old sons becoming “man of the house”, in reality women defended the home. While they didn’t fight on the front lines they did fight to keep a safe place for the men to come back to.

I would say that the militia is made of of any able bodied “citizen” between the ages of 17 and 45.

I suspect that any adult with a normal IQ would produce a better plan than has Obama. That said, it’s encouraging that Cruz is right on a great many issues, not just one or two (Trump).

The plan to defeat ISIS is simple and has been the same plan that has been used throughout history to defeat or at least quite fanatics. The plan is known as attrition, you kill them, and you keep killing them until either they get the point or there aren’t enough of them left to cause a problem. (and no for those that will scream that I am advocating genocide, I am not).

You make real war not political PC war. You kill them, you accept that there will be civilian casualties (though you try to minimize it) but if they cowardly, you take out their leaders and their bases, and you do it with a speed an efficiency that does not allow them time to regroup and/or recover. You do everything that you can to eliminate their ability to make war.

What you don’t do is you don’t used scorched earth, you don’t kill indiscriminately and most important you don’t apologize for it, because in the end it wasn’t you that did it, it was them that made it necessary to attack.

One problem with comparing Ronald Reagan’s helping to bring down communism and fighting ISIS: Communism did not fall until we convinced it’s leaders that there was a better way to govern.